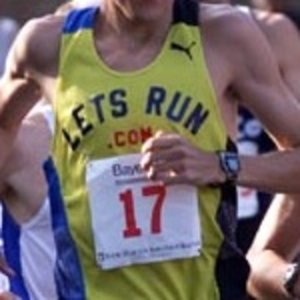 LetsRun.com's weekly podcast where we go behind the scenes of the professional running, marathoning, and track and field world. 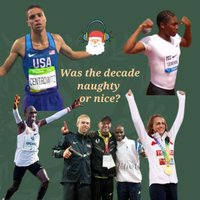 The end of the year and decade is here and the LetsRun.com crew pays its respects to a crazy decade in the running world. LetsRun.com announces its men’s and women’s runners of the decade: Eliud Kipchoge and Caster Semenya and US distance runners of decade Matthew Centrowitz and Jenny Simpson. Looking for a great race this winter? Run the Publix Atlanta Marathon, Half, 5k, the day after the Olympic Marathon Trials in Atlanta. More details here. 100% of the tips up to $5,000 total received by 12/31/2019 here will be matched by LetsRun.com and go to LRC's Jonathan Gault. Show notes: Race of Decade down to 2: David Rudisha vs Eliud Kipchoge7:16 Alysia Montaño alleges misogyny in Race of Decade voting25:44 High School Cross Country: Sofia Dudek 1a - Katelyn Tuohy 1b per Dyestat, NC State gets big recruiting class w Marlee Starliper and Tuohy, Nico Young to NAU40:29 Chad Hall 1:03 Half Marathon44:52 What was the most shocking thing in running in the last decade?54:05 Alberto Salazar segment of week56:40 Decade Awards: World and US athletes of decade, person of decade, doping excuse of decade, doping bust of decade and more75:48 Rojo’s brilliant point on Alysia Montaño, misogyny, Galen Rupp and more Merry Christmas / Happy Holidays Tip jar here - 100% of tips to Jonathan Gault Looking for a better pair of running shoes at a better price? We’ve got you covered here. https://www.letsrun.com/shoes Got an audio question / opinion for the podcast? Call 844-LETSRUN (538-7786) and hit option 7. We want your feedback on this episode and the show in general https://pinecast.com/feedback/letsrun/9525feef-cfd2-4046-970b-287a4e9cbc78