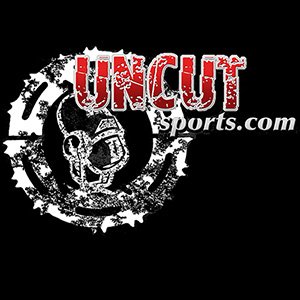 Sports, Athletics, Entertainment, and Comedy all Uncensored! It's the Uncut Sports Show. What more do you need to know? 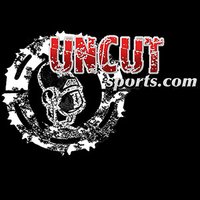 UFC middleweights, be fearful. Lyoto "The Dragon" Machida made his 185-pound debut at UFC Fight Night 30, needing just over three minutes to knock out No. 5 ranked middleweight Mark Munoz. Week 9 in College Football

Kevin and George cover UFC 166, preview Fight Night 30, talk about the first release of the 2013 BCS standings, and week 7 of the NFL which was riddled with injuries.

Kevin and George from the Uncut Sports Show give their 2013 NFL Week 5 Highlights from all of this weekend's NFL action, including the shootout in Dallas between Tony Romo and Peyton Manning, Tom Brady's consecutive TD pass streak ending at 52 games.

Kevin and George discuss how it's a different continent, but same story for the Steelers, who lose to Minnesota at London's Wembley Stadium; Buffalo picks off Joe Flacco five times during their 23-20 victory over the Ravens.

Kevin and George discuss how at this point, the only thing that will be able to stop pound-for-pound king Floyd Mayweather Jr. is Father Time, because no fighter can do it.

Kevin and George discuss week one of the 2013 NFL season. Which saw Peyton Manning throw 7 TD's, LeSean McCoy have over a 150 yards rushing in Philly's high octane offense, and Anquan Boldin liking his new QB in San Francisco, Colin Kaepernick

Kevin and George from the Uncut Sports Show give their official event fight card preview of this upcoming weekend's UFC 167 event headlined by Jon Jones vs Alexander Gustafsson.

Long after the East Coast went to bed Thursday night, Broncos quarterback Peyton Manning flipped a short throw to his left to Demaryius Thomas, and Thomas sprinted up the left seam 78 yards for the touchdown, leaving six Baltimore Ravens flailing at him.

© 2020 OwlTail All rights reserved. OwlTail only owns the podcast episode rankings. Copyright of underlying podcast content is owned by the publisher, not OwlTail. Audio is streamed directly from Uncut Sports servers. Downloads goes directly to publisher.