By Dwizzle - May 26 2020
Read more
This show is one of my favorites for SEC Football content and football general knowledge. They are very entertaining and know their STUFF 💪🏽 I appreciate their humor and non-bias approach to it Just Means More in the SEC. With all that said #GoGators 🐊

By Dwizzle - May 26 2020
Read more
This show is one of my favorites for SEC Football content and football general knowledge. They are very entertaining and know their STUFF 💪🏽 I appreciate their humor and non-bias approach to it Just Means More in the SEC. With all that said #GoGators 🐊

Updated by OwlTail 8 days ago

Read more
IMG Academy is a high school unlike any other. From the state-of-the-art facilities to the big-name coaches patrolling the sidelines, it has become the epicenter of college football recruiting in America.

When you look past the hype and the high expectations, however, these are just regular high school kids trying to make it in the world of big-time college football.

Read more
Amid the Christmas rush, JC and Connor dish on the news around the SEC, including the busy recruiting cycle which has been amped up by the early signing period.

From Wednesday to Friday, a three-day window opens up for recruits to sign their letters of intent. No longer do they have to wait until National Signing Day in February. When it's all said and done, will this solve some problems or simply create new ones? 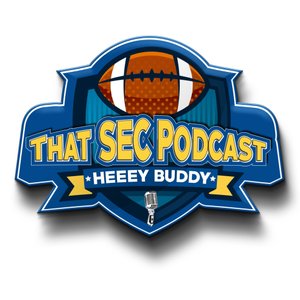 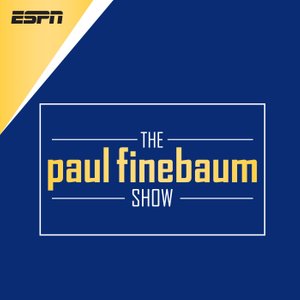 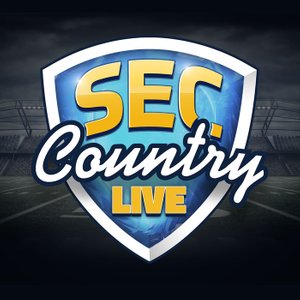 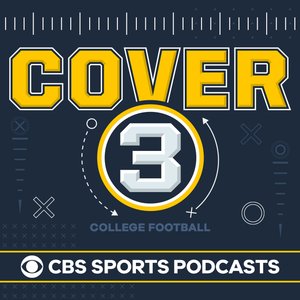 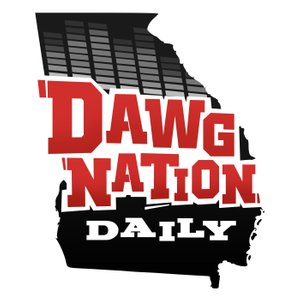 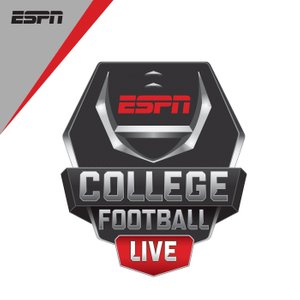 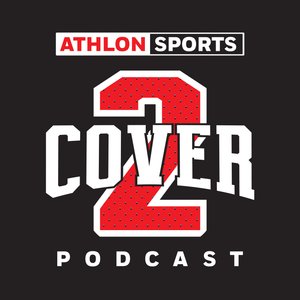 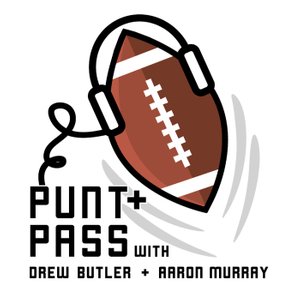 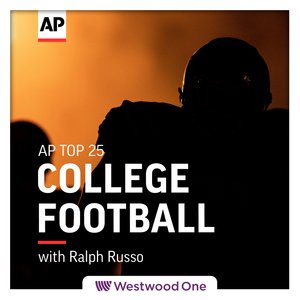 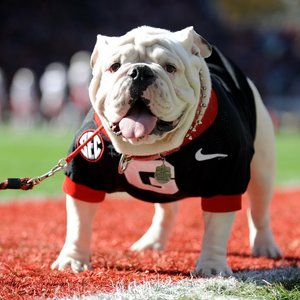 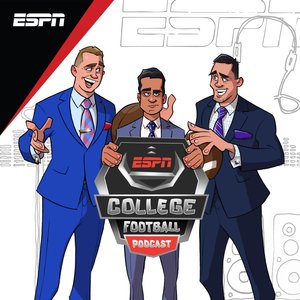 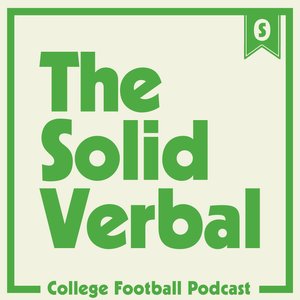 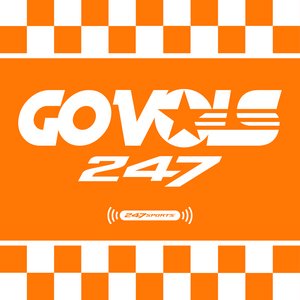 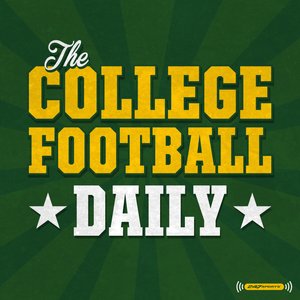 Read more
Saturday Down South's Connor O'Gara and Chris Marler have a special episode planned. In it, they break down the top 20 players in the SEC in 2018 (6:32). They discuss their criteria for why certain players made the list and not others, including why each other was dead wrong. Stayed tuned until the very end when they reveal why at least 3 players were worthy of the top spot.

Read more
Saturday Down South's Connor O'Gara and Chris Marler are back to talk about the massive news in college football. They break down all things Jalen Hurts to Oklahoma. They talk reactions, the updated Heisman odds and why Vegas was horribly wrong. They also rank the transfer quarterbacks in terms of most likely to succeed, and they close out by counting down the top 5 Hurts moments at Alabama and they set some over/unders for his 2019 season at Oklahoma.

Read more
Hoooooooo boy, the guys have a ton to get to. Instead of just talking all things national championship, they've got so much more to get to.
Mike Leach is officially coming to the SEC thanks to Mississippi State, and the guys have plenty of reactions to that.
(2:07)

Also, Jake Fromm's NFL departure began a strange day for Georgia that also included Cade Mays transferring (to Tennessee) and his dad suing the university after he had his finger severed? Yeah, it's weird stuff that the guys put some perspective with. So what does it mean for the SEC East? And is Florida the favorite?
(18:09)

The guys discuss that, and oh, by the way, they have tons of stuff to preview LSU-Clemson in the National Championship. They close with 4th and Wrong and #ItMightMeanTooMuch.
(48:58)

Read more
The guys have a bunch of post-conference championship weekend takes.

They recapped the live pod in Atlanta with all the details of how the experience went.

Plus, they shared takeaways from an SEC Championship that they had a unique from.

What should we make of Georgia? How unstoppable is LSU now? The guys talk Playoff and yes, most importantly, they talk Lane Kiffin to Ole Miss.

Read more
Rivalry Week is in the books and the guys have all the reactions.

They break down what happened in the Iron Bowl and what it means for Alabama, with full reactions from Marler on some controversial plays.
(10:45)

Also, the guys have "One Thing They Liked" from every Rivalry Week game in the SEC.
(37:15)

With the SEC Championship just around the corner, the guys look ahead to the matchup in Atlanta.
(1:06:30)
Also, the guys react to the news that Barry Odom is out at Mizzou. They close with #ItMightMeanTooMuch.
(1:14:17)

Read more
Week 9 is here and the guys have everything you need to get you ready for it.

They preview Auburn-LSU and discuss the plan for their first trip to Baton Rouge.
(5:33)

The guys also play SEC Bowl or No Bowl to decide who's going to the postseason.
(19:41)

Week 9 Picks and Over/Unders provide all the gambling advice you'll need, and Lock of the Week makes its return.
(34:23)

Read more
Saturday Down South's Connor O'Gara and Chris Marler are back for an SEC division title/Halloween-themed episode. They of course broke down Alabama-LSU (5:47) and Georgia-Kentucky (17:39). Over/unders for the 5 other SEC games (26:27) preceded their interview with SEC Network host Peter Burns (43:19). The guys made their picks (1:02:41) before closing with some Halloween fun with costumes for every SEC coach (1:17:30), 4th and Wrong and #ItMightMeanTooMuch.

Read more
The guys are back to recap all the non-LSU bowls in the SEC. They've got breakdowns of the conference's successful postseason, plus some big-picture topics on each SEC team who played in a bowl game.

The guys also caught up with Tim Tebow, who talked all things SEC, avocados and wedding planning.
(36:43)

Read more
Bobby Humphrey, an Alabama legend at running back, and the father of first-round draft pick Marlon Humphrey, joins the pod.

Bobby talks about his family; his wife was a UAB track star, and his other four children have had prolific sports careers of their own.

They also talk about the rise of Alabama from Bear Bryant, to Gene Stallings, to Nick Saban and Bobby's place in Alabama history as the third leading rusher of all time.

Read more
The guys got to see LSU absolutely dominate Oklahoma. They shared their takeaways from the experience in Atlanta, and offered up some perspective on the day that was. The guys discussed the tragedy that Steve Ensminger dealt with on Saturday, and what it meant to LSU players that he coached the way that he did. With the national championship set, the guys spin it forward to Jan. 13 and talk about some keys for LSU to cap off this storybook year with a title. They close with #ItMightMeanTooMuch.

Read more
Saturday Down South's Connor O'Gara and Chris Marler are back with a loaded episode. They discuss a variety of topics, including Marler's first AAF experience and the change to the Auburn-Georgia matchup. The guys also dug into all things NFL Combine ahead of the festivities in Indianapolis. Connor got to check something off his SEC bucket list and interview Mississippi State coach Joe Moorhead, who went into a bunch of different things he went through in Year 1 in Starkville. The guys close with 4th and Wrong and #ItMightMeanTooMuch.

Read more
The guys have a bunch of stuff to get to ahead of Week 10.

They talked about a couple of big stories, including the Joey Gatewood transfer portal news and the huge news in the NCAA about allowing to begin the process for players to make money off their likeness.
(11:13)

What are the keys to World's Largest Outdoor Cocktail Party? The guys break that down, as well as all the Week 10 SEC games with picks and over/unders.
(27:51)

They caught up with SEC Network analyst Matt Stinchcomb, as well.
(1:05)

Read more
LSU did it, and the guys have a bunch of things to talk about.

They break down the night that was in New Orleans with takes on LSU's all-time great season, why Joe Burrow earned the right to have the best season in college football history and what this LSU team will be remembered for.
(0:00)

Read more
Saturday Down South’s Connor O’Gara and Chris Marler break down a wild Week 4 in the SEC. They discussed Kentucky’s historic win against Mississippi State and unofficially launched Benny Snell’s Heisman Trophy campaign (1:50). The guys looked back at Texas A&M-Alabama (16:31), Georgia-Mizzou (26:38), Florida-Tennessee (36:07), South Carolina-Vandy (42:42) and all the other action in the SEC (46:26). They also looked ahead to the Week 5 slate and had some gambling talk with Uncle Chris (55:30). “Ed Talks” returned, and Mean Tweets debuted (1:00:28). They ended with #ItMightMeanTooMuch.

Read more
Saturday Down South's Connor O'Gara and Chris Marler talk about Jalen Hurts breaking his silence and not holding anything back (3:05), plus they break down their thoughts on the disastrous situation at Ohio State (18:12), some Coaches Poll reactions (29:02), SEC fall camp headlines (43:33), they binged watched "Last Chance U" (49:50) and #ItMightMeanTooMuch (59:36).

Read more
It’s spring practice season in the SEC, but the news cycle is full of ridiculousness off the field.

First off, Butch Jones is talking about coming to Bama, which has gotten many Bammers like Marler pretty mad. Is Saban trying for the first-ever sweep of the national championship and championship of life? (0:00)

It’s time to talk spring football, as the guys talk about expectations and players to watch from teams across the league. (10:27)

And of course, along with that come some cliche spring football headlines (21:11), which trick writers and fans alike into having higher expectations every year. The guys share their favorite classics that will no doubt make an appearance in 2018.

In a strange move, Texas A&M Nick Starkel made a lip-sync video in hopes of meeting Justin Bieber. First he wore a lucky Bieber shirt during games, now he’s spending his spring break trying to meet the Biebs. Is he fangirling too hard? (28:52)

Plus, it’s everyone’s favorite time: Combine SZN (39:00)! Who will make the All-Shorts team? Who could break the 40 record?

Everyone’s favorite drunkle Tim Brewster is back at it again with the tweets, but now he’s getting rested by one of his former players, Jalen Ramsey(48:35.)

And surprise, Colin Cowherd (54:29) said something wild, but this time it was a dubious claim that a certain SEC team could be facing sanctions. Connor share's his thoughts on this vague claim.

Read more
Saturday Down South’s Connor O’Gara and Chris Marler recapped the Week 3 action in the SEC from their rented condo in Oxford. They talked all things Tiger Bowl (4:21), as well as the Alabama-Ole Miss game that they were at (16:06). Plus, they dished on their first experience at The Grove (27:07) and discussed other headlines across the SEC including Dan Mullen’s Feleipe Franks comments (35:49), Jared Cornelius sticking up for Cole Kelley (41:24), Vanderbilt’s moral victory at Notre Dame (44:24) and more. They looked ahead to Week 4 in the SEC (56:08), and closed with an Oxford-themed edition of #ItMightMeanTooMuch.

Read more
It's been a busy few days in the SEC and the guys have all the breakdowns.

Fresh off the news of Tua Tagovailoa declaring for the NFL Draft, the guys discuss what it means for him, Alabama and college football as a whole.
(1:50)

With the news that Joe Moorhead was fired at Mississippi State, the guys have many thoughts on a weird situation in Starkville.
(23:00)

Plus, they dig into some interesting SEC All-Decade discussion.
(45:15)

© 2020 OwlTail All rights reserved. OwlTail only owns the podcast episode rankings. Copyright of underlying podcast content is owned by the publisher, not OwlTail. Audio is streamed directly from Saturday Down South servers. Downloads goes directly to publisher.