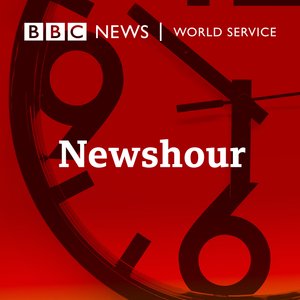 Interviews, news and analysis of the day’s global events.

Interviews, news and analysis of the day’s global events.

END_OF_DOCUMENT_TOKEN_TO_BE_REPLACED

Read more
Iran's Supreme Leader Ayatollah Khamenei is pardoning a large number of prisoners, including some of those arrested during the past months of protests. We'll hear a view from Tehran.

Also in the programme: The former Pakistani President, Pervez Musharraf has died - we'll assess his relationship with the US after 9/11; and the British writer Hanif Kureishi on finding his voice after a terrible accident on holiday.

US works to recover the shot down Chinese balloon over Atlantic

Read more
A Pentagon official said the recovery would enable US analysts to examine sensitive Chinese equipment. We asked a former US State Department official how much this will worsen the relations between Washington and Beijing.

Also in the programme: Reports from Iranian state TV say Supreme Leader Ayatollah Ali Khamenei has pardoned a large number of prisoners linked to the women-led protests that swept the country since September; and as Pakistan’s former president General Pervez Musharraf dies, we explore how he’s regarded inside the country.

China balloon: US shoots down airship over Atlantic

Read more
On the orders of President Biden the suspected Chinese spy balloon has been shot down by the US military off the coast of South Carolina. The US President gave the order on Wednesday but the Pentagon decided to wait until the balloon was over water so as not to put people on the ground at undue risk.

Pope Francis and other Christian leaders on a peace mission to South Sudan have addressed large crowds at the mausoleum of the independence hero, John Garang.

And the Afghan-born teenage rapper with a message for the Taliban.

Read more
Can Pope Francis help to bring peace to the divided African country? We hear the latest from the capital, Juba, and talk to human rights researcher Nyagoah Tut Pur.

Also in the programme: a Chinese reaction to allegations that China has been using a balloon to spy on the United States, and attempts by the Pakistan government to rein in the information website Wikipedia.

Read more
The Chinese Ministry of Foreign Affairs says China had "no intention" of violating other countries' airspace after the Pentagon reported a suspected Chinese surveillance balloon was spotted flying over sensitive military sites.

Also on the programme : the latest from Kyiv where EU ministers are meeting with the Ukrainian government to discuss membership to the bloc and Pope Francis is in South Sudan with the other leaders of the Christian denominations on a peace mission.

(Photo : A balloon flies in the sky over Billings, Montana, US. Credit: Chase Doak)

Read more
Nir Barkat, Israel's minister for economics, joins us to defend his governments proposed judicial reforms as well as the current relationship between Israel and Palestine.

Also on the programme; a former Russian army officer says he's witnessed his fellow soldiers torturing Ukrainian prisoners. And why Amazon's drone deliveries just can't get off the ground.

US to increase military presence in the Philippines

Read more
US troops will be given access to four new bases not far from Taiwan, where there are growing fears of a Chinese invasion.

Also, a former Russian officer has told the BBC he witnessed fellow soldiers committing abuses in Ukraine including torture and looting, and did the Vikings come to Britain with their pets?

Read more
The military authorities in Myanmar have extended the state of emergency by six months, on the second anniversary of the coup that deposed the democratically elected government. Many shops are closed and streets emptied to mark the event.

Also in the programme: It's been dubbed 'Walkout Wednesday' in Britain as half a million public sector workers take industrial action in the biggest strike for a decade; and do Monet and Turner's paintings reflect air pollution?

(Photo: A trishaw rides on an empty road in downtown Yangon, Myanmar on 1 February 2023. Anti-coup groups called for the public to participate in the Silent Strike to protest by staying at home. Credit: EPA)

Read more
The US secretary of state, Antony Blinken, has underlined Washington's support for a two-state solution in the conflict between Israel and the Palestinians on a visit to the region today.

But first, there's the matter of calming the current surge in violence. We'll get a Palestinian view on what needs to happen.

Also in the programme: Pope Francis is in the Democratic Republic of Congo, home to Africa's largest Roman Catholic community: and how an unexpected best actress nomination has reignited the row about racism and the Oscars.

Read more
More than 100 people are now known to have been killed in Monday's suicide bomb attack at a mosque in the Pakistani city of Peshawar. The mosque was in a police compound, one of the best guarded parts of the city. So why the security breach?

Also in the programme: The leader of the Palestinian Authority has met the US Secretary of State - but how much power does he actually have in the West Bank? And - why some North Korean students are trying to get out of trips to a sacred mountain.

(Photo: The funeral of a police officer who died in a suicide bomb blast at a Mosque, Peshawar, Pakistan - 31 Jan 2023. Credit: Bilawal Arbab/EPA EFE/REX/Shutterstock)

Read more
Pakistan's prime minister has travelled to Peshawar where nearly 60 people have been killed in a suicide bombing at a mosque. Officials say the attack was aimed at police officers praying there.

The US Secretary of State has warned Israel that its long-term security will be at risk if it abandons efforts to resolve the conflict with the Palestinians.

And how the king's bed spent decades in a family home, before its identity was uncovered.

(Photo: The mosque is within the tightly-guarded police headquarters area. Credit: Getty Images)

US Secretary of State tries to calm Israeli Palestinian tensions

Read more
The US Secretary of State Antony Blinken has urged Israel and the Palestinians to take steps to calm tension. He has arrived in Israel for meetings with both sides as violence there continues. In the latest incident a Palestinian man was shot dead by Israeli soldiers in the occupied West Bank. On Thursday, ten Palestinians were killed in Jenin by Israeli forces, while seven Israelis died on Friday when a Palestinian gunman opened fire outside a synagogue in East Jerusalem. Mr Blinken, who is on the second leg of his Middle East visit, will meet Israel’s Prime Minister, Benjamin Netanyahu later today and the Palestinian leader, Mahmoud Abbas on Tuesday.

Also in the programme: an attack on a mosque in the Pakistani city of Peshawar has killed at least 32 people and injured 150 others; and the music of Motown legend Barrett Strong.

Read more
A former commander in the Russian paramilitary group, Wagner, has claimed asylum in Norway. Andrey Medvedev was detained for illegally entering the country on Friday. A lawyer said Mr Medvedev fled after witnessing war crimes in Ukraine. His escape is believed to be the first known instance of one of the group's soldiers defecting to the West. Thousands of the organisations troops are being used in Ukraine; many have been recruited from Russian prisons.

Also on the programme: how police arrested a mafia boss; and how laser beams can deflect lightning.

Ukraine: The battle for Soledar

Read more
As fighting rages in the Ukrainian mining town of Soledar, we hear an incredible tale of survival under bombardment in Kyiv.

Also in the programme: the role of Brazil's military, and Iran jails daughter of former president.

(Photo: Olha, 60, resident of Soledar waits in a temporary sleeping accommodation before being transported to an evacuation train where she will get out in Dnipro, as Russia's attack on Ukraine continues, in Kramatorsk. Credit: Clodagh Kilcoyne/Reuters)

US abortion clinics start to close after landmark ruling

Read more
Activists say they will stage more protests against the US Supreme Court ruling that's removed the constitutional right to abortion.

Also in the programme: Russia has launched a barrage of missiles at targets in the north and west of Ukraine; and police in Norway say they are treating shootings in and outside a gay bar in Oslo as a terrorist attack.