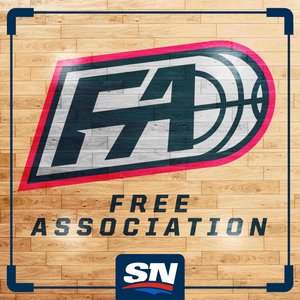 If there is a podcasting odd couple, this might be it. Donnovan Bennett and JD Bunkis don’t agree on much, but what you’ll agree on is this is the best Toronto Raptors podcast going.

The Raptors make a big offseason move, which convenes Donnovan Bennett and JD Bunkis for some immediate reactions. First, Donnovan is shocked at the reactions on social media (2:43), and the pair discuss how this impacts the family unit of the team (14:20). After, they discuss whether or not this was a coup for Masai […]

JD and Donnovan discuss whether the veterans are taking up too many minutes and usage, if Fred VanVleet should continue to start when Kyle Lowry returns (giving Kyle more rest) and the growth of OG Anunoby. They also talk about whether Jonas Valanciunas, Delon Wright and CJ Miles should have received championship rings, and if […]

During the wee hours of Saturday morning, news broke that the Los Angeles Clippers had signed Kawhi Leonard and traded for Paul George. Donnovan Bennett and JD Bunkis are shocked! They discuss the moves and what this all means for the Raptors. They also examine scenarios surrounding what it would have taken to keep Kawhi […]

May 26: NBA Finals, meet the North

History has been made in Toronto. The Raptors take Game 6 over the Bucks to win the Eastern Conference crown and advance to the NBA Finals for the first time in franchise history. Donnovan Bennett and JD Bunkis dive into the series win and what it means to Canadian fans. This episode is produced and […]

The Toronto Raptors are your 2019 NBA Champions. JD Bunkis and guest co-host Faizal Khamisa reflect on a night they will never forget and discuss the scenes in Toronto following the Raptors Game 6 victory in the NBA Finals. They also touch on why Masai Ujiri was the most important piece to this puzzle, the […]

Donnovan and Tyler run down a busy trade-deadline for the Toronto Raptors and discuss what the addition of Marc Gasol will mean for the team and putting them over the top in the Eastern Conference. Tyler, who’s been traded twice on deadline day, also talks about the human element of the day and what it’s […]

As we pass the midway point of the NBA season, Donnovan Bennett and Faizal Khamisa grade the Raptors starters, bench and head coach Nick Nurse. They also discuss the differences in Kawhi’s Raptors versus Kyle’s Raptors, if LeBron really is the G.O.A.T. and the toughest game of the year. Plus, Fred VanVleet stops by the […]

Donnovan Bennett and JD Bunkis give you their (very specific) Toronto Raptors over/unders and actually agree on who they think will be the team’s third best player this season. Plus, the guys debate which NBA team will be filled with drama, the squad that will surprise us and the team to watch this season. This […]

Arden Zwelling and Danielle Michaud were on site at the Scotiabank Arena to witness Kawhi Leonard’s buzzer beater, albeit in different capacities. They joined JD Bunkis and Donnovan Bennett to discuss the Toronto Raptors’ Game 7 victory over the Philadelphia 76ers. This episode is produced by Amil Delic, sound engineered by Christian Ryan, and hosted […]

Donnovan and Tyler dial down on how Raptors coach Nick Nurse is experimenting with Marc Gasol’s usage and its impact on Serge Ibaka. They also look around the NBA and discuss the relationship between players and referees, off-court distractions, why the Nuggets will be a tough out in the West and the fate of LeBron […]

Donnovan Bennett and JD Bunkis catch up on a busy start to free agency, including the Warriors once again upsetting the balance of the NBA by signing DeMarcus Cousins (5:38) and how that upstaged both LeBron James signing with the Lakers (16:49) &amp; Paul George re-upping with the Thunder (22:05). They also tackle Fred VanVleet’s […]

We’re Living Through A History Lesson

Michael Grange joins Donnovan Bennett to discuss possibilities for the NBA’s return, what a world without sports means for society and what this pause means for the Raptors.  Plus, Ryan Ruocco of the YES Network, ESPN, DAZN and the R2C2 podcast chats with Donnovan about calling the last NBA game before the NBA shut down, […]

Donnovan and JD discuss Kawhi’s return to Toronto, his ring ceremony and a couple of other side presentations for Lou Williams and Mfiondu Kabengele (but not Patrick Patterson). This episode is produced and sound designed by Amil Delic, and hosted by Donnovan Bennett and JD Bunkis.  Audio Credits: ESPN and Sportsnet.  Free Association is also […]

“Losing Masai would be losing a piece of yourself”

JD and Donnovan discuss the news out of New York and the Knicks’ apparent pursuit of Masai Ujiri, why the current iteration of the team is the best it can be and what to expect ahead of Thursday’s trade deadline. That and much more. (This episode was recorded Tuesday, prior to the release of the New […]

May 28: We The North Meets Dub Nation

Donnovan Bennett and JD Bunkis preview the key match-ups going into the NBA Finals, Golden State’s weaknesses, how Nick Nurse will play Marc Gasol and if Danny Green will find his stroke again. Also, Connor Letourneau of the San Francisco Chronicle joins the podcast to break things down from a Golden State perspective, including the […]

Jan. 29: How To Control Raptors Killers

Donnovan and Tyler discuss whether James Harden is the best offensive player ever and how the Raptors can control him and others who have roasted them, like Kyrie Irving, Steph Curry and, now, Luka Doncic. They also talk about the possibility of Anthony Davis to Toronto and how the team has been playing a ton […]

May 3: Who will help Kawhi defeat the 76ers?

Donnovan Bennett, Joseph Casciaro and JD Bunkis break down what went wrong for the Raptors against the 76ers in game 3, possible solutions to their offensive struggles and Nick Nurse’s rotation. This episode is produced and sound engineered by Amil Delic, and hosted by Donnovan Bennett. Audio Credits: ESPN, Sportsnet, The FAN 590 and WPEN. […]

Donnovan and JD share their most memorable moment from the past 10 years in basketball, debate their Raptors all-decade team and discuss what is most important in maintaining a positive perception when a superstar leaves your franchise after winning a title. This episode is produced and edited by Amil Delic, and hosted by Donnovan Bennett […]

Donnovan and Tyler discuss the highs and lows of NBA All-Star weekend in Charlotte and how it compared to Toronto 2016- including Tyler’s memories of the Players Association meetings he attended- as well as DeMar DeRozan’s emotional return to Toronto. They also debate the implications of Zion Williamson’s exploding shoe for his NCAA career and […]

An Elam Ending, A New Beginning

JD and guest co-host Vivek Jacob discus the reformatted “Elam Ending” to the NBA All-Star Game. Did it breathe new life into the contest? And what else did they like (or not) about the weekend? They also forecast the second half of the Raptors’ season — reminding everyone that the schedule is anything but easy. This episode […]

© 2020 OwlTail All rights reserved. OwlTail only owns the podcast episode rankings. Copyright of underlying podcast content is owned by the publisher, not OwlTail. Audio is streamed directly from Sportsnet servers. Downloads goes directly to publisher.