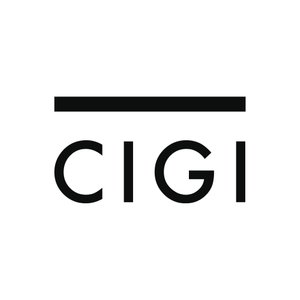 The Centre for International Governance Innovation 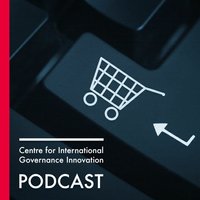 Why NAFTA 2.0 Needs Digital Trade - But Might Not Get It

Former CBC and BBC Radio Host Mary Ambrose sits down with Patrick Leblond, a Senior Fellow with the Centre for International Governance Innovation, for a conversation about the NAFTA renegotiations and e-commerce.NAFTA covers auto parts, reduced tariffs on textiles and lots of other trade issues, but it doesn’t mention online shopping. Because when NAFTA was created in 1994, there was no online shopping. A year after the ink was dry on the NAFTA agreement, Amazon started shipping books and today e-commerce is a multi-billion dollar industry.Will e-commerce and online security get into the NAFTA discussion and will they address it? Patrick Leblond shares his thoughts in this episode of the CIGI Podcast. 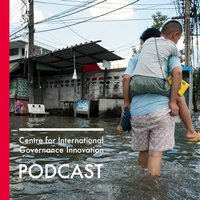 There Are No Climate Change Deniers in the Insurance Industry

Former CBC and BBC Radio Host Mary Ambrose sits down with Jason Thistlethwaite, a Fellow with the Centre for International Governance Innovation, for a conversation about climate change and insurance companies.The cost of repairing the damage done by hurricanes is massive. In part, because flooding is the most expensive risk world-wide. And insurance companies are shaking their heads. Not because people often don’t get flood insurance. Rather, because they have been warning us about the cost of climate change for decades. There are no climate change deniers in the insurance business. We just haven’t listened. Listen to Jason tell Mary why we need to start listening. 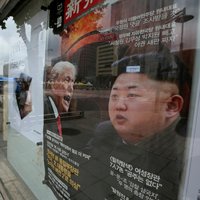 Is There a Diplomatic Path out of the North Korea Crisis?

As the war games continue to escalate in the Korean Peninsula, what is the way forward for diplomatic efforts to prevent armed conflict? In this conversation, Simon Palamar, a global security expert with the Centre for International Governance Innovation, sheds light on the complex web of players and intentions at play, and provides insight into the diplomatic hurdles ahead. 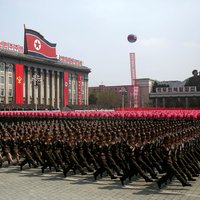 The Hard Realities Behind the North Korea Crisis

The possibility that Pyongyang will have the ability to reach the United States with a nuclear weapon is no longer a frightening “what-if”, but a matter of time. News of these developments has left Washington several steps behind Pyongyang.While threats and promises of retaliation continue to mount from both the US and North Korea, there is a bigger picture to consider, one that goes beyond daily tweets and headlines. Beyond the US and North Korea, who are the main players and how have they responded to North Korea’s nuclear progress? Nuclear and global security expert Simon Palamar sheds some light onto the complex web of players and intentions at play, and provides some insight into the diplomatic realities in the region when it comes to this issue. 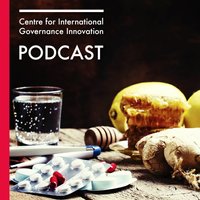 Former CBC and BBC Radio Host Mary Ambrose sits down with Marsha Cadogan and Oluwatobiloba (Tobi) Mody, both post-doctoral fellows with the Centre for International Governance Innovation, for a conversation about how the NAFTA renegotiations can be used as a chance to protect traditional knowledge and create a discussion about the multi-billion business of trading in protected agricultural produce and foodstuffs. 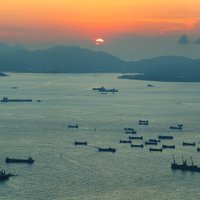 On a map, it is little more than a grouping of rocks, shoals and islands. To China and the Philippines the South China sea is much, much more. To a host of different regional players the area represents a wealth of natural resources, and an important geopolitical flashpoint for the region’s security. A year ago, Hague’s Permanent Court of Arbitration, ruled that China had no historical right over the South China Sea, recognizing instead that Beijing violated the Philippines’ sovereign rights in its exclusive economic zone. Hailed as a defining moment for the Asia Pacific, the South China sea ruling was predicted to become a lynchpin for accelerated tensions and potential conflict. Instead, the ruling has lead to increased dialogue and debate on the disputed area. But a year on, what does the ruling mean today, has its presence changed anything and is a greater military clash for the sea completely out of the cards? Here to help us answer these questions and shed a light onto this issue is CIGI expert Benoit Hardy Chartrand. 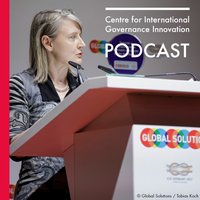 Former CBC and BBC Radio Host Mary Ambrose sits down with Céline Bak, a senior fellow with the Centre for International Governance Innovation, for a conversation about how a taskforce of leading think tanks are working with members of Group of Twenty countries to harness large scale investment in sustainable infrastructure and chart a path towards a low carbon economy. 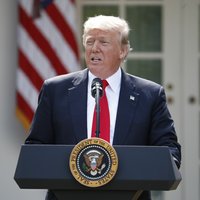 What US Reversal on Paris Agreement Means for World

By backing out of the Paris Agreement on climate change, and offering to renegotiate a new pact, the US has created an opening for China to take on a leadership role in the international community and press ahead with coordinated climate action, according to Timiebi Aganaba-Jeanty, an expert in international environmental law at the Centre for International Governance Innovation. 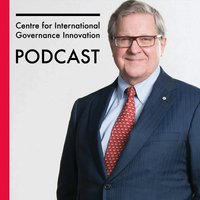 Bold Thinking for a New Refugee System - The CIGI Podcast

Former CBC and BBC Radio Host Mary Ambrose sits down for a conversation about the thinking behind the launch of the World Refugee Council (http://worldrefugeecouncil.org) with Lloyd Axworthy, chair of the council and former Canadian foreign affairs minister, who provides a behind-the-scenes account of the shuttle diplomacy required to reform the global refugee regime and create a predictable, cooperative and more humane system. 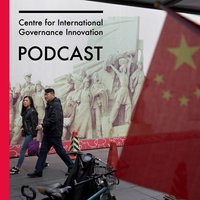 Former CBC and BBC Radio Host Mary Ambrose sits down for a conversation with CIGI senior fellow Paul Blustein to discuss business competition in China. International businesses competing in the Chinese market have encountered a shift in recent years, as the state has learned to operate within the parameters of the world trading system while finding subtler ways to put its thumb on the scales.

© 2020 OwlTail All rights reserved. OwlTail only owns the podcast episode rankings. Copyright of underlying podcast content is owned by the publisher, not OwlTail. Audio is streamed directly from CIGI servers. Downloads goes directly to publisher.