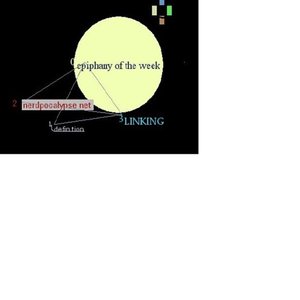 Epiphany of the week

Epiphany of the week is the output of the singularity. Look for our podcast in the Podcasts app or in the iTunes Store 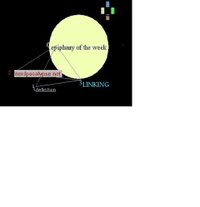 Using the singularity affords unique perspectives. We normally only perceive positives, but removal of a negative is just as important but usually mis perceived

When something is down to small enough amounts it behaves unpredictably. The quintessential example is carbon clumps of mere hundreds of molecules that get buffeted around by water molecules like beach balls in the ocean. Fentanyl also acts unpredictability simply because due to its high potency very few molecules are needed

There is a Santa, now

We have trouble giving gifts due to brain limits. Here's how to overcome them. And for a limited time Santa will help. You can write to Santa and have the gifts delivered, but YOU need to supply the gift card money.

The physicist Niels Bohr theorized that there are multiple neural pathways that control movement--cortical (thinking) and pre-cortical (reacting). The reacting is faster so Greebo drew first but Han shot first.. References at gunslinger.html

You see explicitly many places, and implicitly everywhere on the Right that corruption is good. The case has been made to increase efficiency. For this reason, in Republican governance, what is out front never matters as more as what is behind closed doors. The reasonable point is that people work better that way.

Professor Diana Deutsch has done pioneering work on the cognitive processing (or MIS-processing) of auditory input. One of many of her amazing findings that became eponymous was that words on repetitive hearing like with a stuck record can become perceived as music. She published in the 1990's BUT I tried out the top movie quote memes and 1) they all work and most spoken words DO NOT and 2) the background score is IN EXACT TUNE TO THE MELODY OF THE SPOKEN WORDS. I do not have an explanation of how that happens.

>Minorities and women are put into positions that are engineered to fail The purpose is that the racism of those interacting or observing the DBP will tend to blame them and not hte company. The company doing this depends on racism. Examples include, many insurance companies have the DBP in a position in wich the company has set it up to not work and not give out money. The Federal probe of People violating College football rules demonstrates how the teams put particular assistant coaches into situations where they can go to jail and absolve the company/University. The Glass Cliff is an example of this where the DBP is the female CEO

We have an enormous bias against remembering when we were wrong, stupid, or bad. I think you can see that on the national and global stage better than in oneself. This precludes being able to get better over time

Suffering is put into a larger context in Judaism. This is preliminary for the theory of humor later in the week.