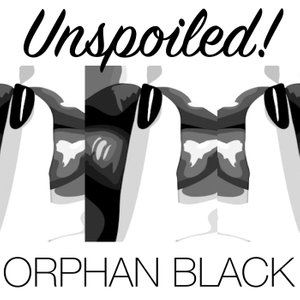 Natasha and Owen watch Orphan Black, both completely unspoiled, and discuss it one episode at a time!

In which some crazy bitch with wings is terrifying

In which I WAS RIGHT PAUL'S TOTALLY IN ON IT

in which we see what happens when you mix a Three's Company episode with Reservoir Dogs.

In which a little girl does NOT look both ways.

In which there's a dude with a tail...but not for long.

Orphan Black, S02E09- Things Which Have Never Yet Been Done

In which Donny is actually stepping up and getting shit done, and so, unsurprisingly, is Helena.

In which one of the clones is actually a dude.

Orphan Black, S02E07-Knowledge of Causes, and Secret Motion of Things

In which HOLY SHIT everything is hitting the fan.

Orphan Black, S02E06- To Hound Nature In Her Wanderings

In this episode, we just want Helena to be happy. WHY CAN'T SHE JUST BE HAPPY?

In which Rachel awkwardly fucks an indifferent Paul, and Helena is MurderClone™

Orphan Black, S02E04- Governed As It Were By Chance

In which Helena gets away from the fish farm, but not before they've taken something from her.

Orphan Black, S02E03- Mingling Its Own Nature With It

In which Alison loses it, and everything is super sad.

In which Mrs. S's protection for Kira isn't as bulletproof as she thought.

In which HELENA IS ALIIIIIIIVE

In which there's an even deeper connection between Sarah and Helena than either of them knew.

In which Sarah proves to be far more resourceful than I gave her credit for.

In this first episode, shit already has gone to 11.

© 2020 OwlTail All rights reserved. OwlTail only owns the podcast episode rankings. Copyright of underlying podcast content is owned by the publisher, not OwlTail. Audio is streamed directly from UNspoiled! Network servers. Downloads goes directly to publisher.