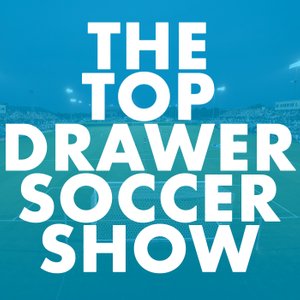 Uncovering the underbelly of American soccer

Should MLS teams run academies? Charles Boehm has some thoughts

Travis talks to MLSsoccer.com's Charles Boehm about MLS academies and the relationship between developing players and the league itself. Specifically, a couple MLS teams out there aren't too inclined to keep running academies, and there are some pretty fascinating reasons why. Travis and Charles also close out the show by discussing youngsters on the US men's national team and MLS players to watch this season. If you want ALL the TopDrawerSoccer content, get 20% off a premium subscription by going to http://topdrawersoccer.com/subscribe and using the promo code "podcast"

Taylor and Travis discuss the DA showcase in Floria before turning their focus to the men's and women's college tournaments. On the women's side, they get into the penalty shootout that saw Stanford emerge victorious once again. On the men's, Georgetown took home the title for the first time in school history. How did they build that program and what comes next? All that and much more!  Reminder! Our listeners can get 20% off a TopDrawerSoccer premier subscription. Go to topdrawersoccer.com/subscribe and use the promo code “podcast” and get 20% off.

Youngsters with the USMNT and homegrowns getting signed!

Taylor and Travis discuss the youngsters they're most excited to see (potentially/hopefully) get minutes with the US men's national team in their upcoming friendlies. They also talk about some of the biggest homegrown signings this MLS offseason, as well as the new changes to the USSF's scouting programs. If you want ALL the TopDrawerSoccer content, get 20% off a premium subscription by going to http://topdrawersoccer.com/subscribe and using the promo code "podcast"

Breaking down the U.S. U17 MNT at the World Cup

J.R. Eskilson joins the show to review the first two games for the United States at the U17 World Cup. What went right (not much), what went wrong, and how to keep perspective as the U.S. looks to stay alive in Brazil.

US U20 World Cup roster analysis, plus US U17s advance to the quarterfinals

It's a show of two halves! In Part I, Taylor and Travis go in-depth on the USA's roster for the upcoming U20 World Cup. Timothy Weah is in and Julian Araujo is out, but who else is in the squad and who else possibly should have been? Plus, our predicted Starting XI and lingering concerns/reasons for optimism heading into the tournament. In Part the Second, we review the USA's progress through the 2019 Concacaf U17 Championships. 20 goals for and 3 against after 4 games is no small feat, but what will the US need to do to ensure positive results against more challenging opposition? We have thoughts! Today's show is sponsored by... Open Goaaal USA! Use the Top Drawer Soccer Spring Sale discount code TDS40 to get $40 OFF + Free Shipping while supplies last at opengoaaalusa.com. Techne Futbol! It's the soccer training app for individual players, teams and clubs. Players can train on their own, when and where they want, while coaches track their progress. Download the Techne Futbol app for a free trial or go to technefutbol.com

11 Questions about the US Soccer Development Academy

Daryl and Travis answer 11 questions about the DA. Got questions (on any topic) for future TopDrawerSoccer Shows? Ask them here --&gt; http://bit.ly/2AmdSPl

13 ideas to improve the MLS Superdraft and college soccer

Daryl and Travis run through listener-suggested innovations to improve the way college soccer and the MLS Superdraft is handled. From total free agency to Draft Allocation Money, from USL officially involved in the draft to an Open Cup for college soccer, we discuss every idea and feel out the pros and cons. If you want ALL the TopDrawerSoccer content, get 20% off a premium subscription by going to http://topdrawersoccer.com/subscribe and using the promo code "podcast"

Daryl and Travis give you 10 things to keep an eye on in American soccer this year, from the U20 World Cup to which MLS team might really hashtag play the kids to which college players will go high in the MLS and NWSL drafts.  Get 20% off a TopDrawerSoccer Premier subscription when you use code "podcast" at http://topdrawersoccer.com/subscribe Here's the promised highlight reel of VCU attacker and freshly minted Generation Adidas player Siad Haji: https://www.youtube.com/watch?v=NdTK1JZngoI

US U20s at the World Cup: the good, the bad, and the next round

Taylor and Travis take a look back at the USA's (somewhat disappointing) 1-0 win over Qatar in the U20 World Cup. The Baby Yanks could have topped the group and avoided stronger opposition in the knockout round with a better result. T&amp;T try to get to the bottom of what went wrong and what could have gone better. After that, they pick a possible lineup for the next round by discussing who has stood out (good or bad) for the US in the competition so far.  Today's show is sponsored by... Open Goaaal USA! Use the Top Drawer Soccer Spring Sale discount code TDS40 to get $40 OFF + Free Shipping while supplies last at opengoaaalusa.com. Techne Futbol! It's the soccer training app for individual players, teams and clubs. Players can train on their own, when and where they want, while coaches track their progress. Download the Techne Futbol app for a free trial or go to technefutbol.com

Stade de Reims goalkeeper Phallon Tullis-Joyce discusses life in France's Ligue 1 Feminie, where she moved after playing for the University of Miami earlier this year. Find out what it's like to be a young American (woman) playing abroad, how it's helped her grow as a player and person and some insights on developing as a goalkeeper.

Daryl and Travis answer seven questions about young American playing abroad: 1. Which uncapped European-based prospect is most likely to become a USMNT regular? 2. Disregarding Pulisic, what American seems to have the tools to succeed in the Premier league and what attribute is most important? 3. Who are some young American players playing in Europe that no one is talking about? 4. How do most US youngsters find their way to Europe? Are there a lot of European scouts at DA showcases &amp; tournaments like the Dallas Cup? Or is it something else? 5. Is it better to get playing time for a low-level club, or to train with the best of the best? Basically, in terms of club status, is it better to be Jonathan Amon, or Tim Weah? 6. Which young American are you most worried will choose another country over the US, a la Jonathan Gonzalez? 7. What would be considered a successful year at Werder Bremen for Josh Sargent? What about for Sebastian Soto at Hannover? ———Today's show is sponsored by OPEN GOAAAL! Go to https://opengoaaalusa.com/ and use code TOPDRAWER15 for a 15% discount.——— Konrad de la Fuente UEAFA Youth League highlights: http://bit.ly/2PRL45x Sebastian Soto goals: http://bit.ly/2NFjI5K Got a question for the TDS Digital Mailbag? Drop it here: http://bit.ly/2AmdSPl

MLSsoccer.com writer Sam Stejskal joins the show to discuss the new U.S. U23 MNT head coach, the recent roster release and overall all player pool. At the end of the show, Travis and Sam pick a combined potential XI for Olympic qualifying as well. Today's show is sponsored by http://www.opengoaaalusa.com It's a soccer goal + rebounder + backstop ALL IN ONE! Get $40 off plus free shipping, while supplies last, when you use code TDS40

Travis talks to Adam Belz of The Scuffed Podcast about the USA's disappointing loss in the U17 Concacaf Championships... though they did still qualify for the U17 World Cup. So, it wasn't THAT disappointing. Adam and Travis focus mostly on the tournament as a whole, and what they think of the U17 team in its present incarnation. After that, the guys take a look at the US team as it prepares for the U20 World Cup, and discuss their opponents in the group stage.  Today's show is sponsored by... Open Goaaal USA! Use the Top Drawer Soccer Spring Sale discount code TDS40 to get $40 OFF + Free Shipping while supplies last at opengoaaalusa.com. Techne Futbol! It's the soccer training app for individual players, teams and clubs. Players can train on their own, when and where they want, while coaches track their progress. Download the Techne Futbol app for a free trial or go to technefutbol.com

Adam Belz of the Scuffed Podcast joins this week's show to dissect the USA's performance at the Under-17 World. What is important, what isn't and what did it say about the issues facing the US Soccer Federation in general.

11 young Homegrowns who have impressed this season

What comes next for the US U20s?

With the USA's elimination from the U20 World Cup, Taylor and Travis discuss what comes next for eleven of the team's key players. What did we learn about/what should the immediate future hold for... 1) Timothy Weah 2) Sergino Dest 3) Chris Durkin 4) Chris Richards 5) Sebastian Soto 6) Chris Gloster 7) Alex Mendez 8) Ulysses Lllanez 9) Konrad de la Fuente 10) Richie Ledezma 11) Paxton Pomykal Do they need a move? More minutes? A strong preseason? All the above? We go deep!

US U20 roster breakdown, the U17s get a new coach, and the NCAA gets an admissions scandal

It's a PLAY YOUR KIDS SPECTACULAR on this week's episode! Taylor and Travis discuss the hiring of Raphael Wicky as the new head coach of the US U17s, break down the latest US U20s roster, and ponder what names might (and might not) be included the upcoming U23 squad. They also get into soccer's role in the 2019 college admissions scandal. For 20% off a TDS Premier subscription, go to http://topdrawersoccer.com/subscribe and use discount code "podcast"

US U17 World Cup roster review and analysis

Taylor and Travis break down the US U17 World Cup roster. Who is in, who is out, and who will need to have a strong tournament to help the US make a deep run. They also preview a few other potential head-turners at the tournament, and answer some U17-themed listener questions.  Some of the players Travis previewed are: 1) Adil Aouchiche (France) 2) Sebastian Esposito (Italy) 3) Efrain Alvarez (...Mexico) 4) Pablo Moreno (Spain) 5) Matias Palacios (Argentina) 6) Steve Mvoue (Cameroon) 7) Johan Mina (Ecuador) 8) Talles Magno (Brazil)

Young Americans in the Bundesliga, plus analyzing the operational changes at US Soccer

Taylor and Travis are back together (via the internet) to discuss the brights starts for both Gio Reyna at Dortmund and Sergino Dest at Ajax.  They then move on to breaking down the appointment of Kate Markgraf as GM of US women's soccer and the promotion of Earnie Stewart to Sporting Director. What will the new positions require, who might take over the vacant men's GM job, and what are the major challenges to come. Lastly, T&amp;T answer listener questions, including which young Americans could make their Bundesliga debuts/get the most minutes this season and do American fans care more than other fans about youth national team players? Plus, they give some advice to any youth soccer coaches who might be listening!

© 2020 OwlTail All rights reserved. OwlTail only owns the podcast episode rankings. Copyright of underlying podcast content is owned by the publisher, not OwlTail. Audio is streamed directly from TopDrawerSoccer servers. Downloads goes directly to publisher.