The WildLife with Laurel Neme

A program that probes the mysteries of the animal world through interviews with scientists and other wildlife investigators. Go to www.laurelneme.com/wildliferadio for complete archives.

A program that probes the mysteries of the animal world through interviews with scientists and other wildlife investigators. Go to www.laurelneme.com/wildliferadio for complete archives.

By Thor 79 - Apr 14 2013
Read more
Some of the episodes are poorly recorded (by Laura&#39;s own admission) and the others feature constant typing in the background which makes it unlistenable. This could be a great podcast without the typing, but with it, it is just unlistenable.

By Thor 79 - Apr 14 2013
Read more
Some of the episodes are poorly recorded (by Laura&#39;s own admission) and the others feature constant typing in the background which makes it unlistenable. This could be a great podcast without the typing, but with it, it is just unlistenable.

The WildLife with Laurel Neme

Updated by OwlTail 4 days ago

Rank #1: The WildLife: The Secret Life of Seahorses, Helen Scales

Helen Scales, author of Poseidon’s Steed: The Story of Seahorses from Myth to Reality, reveals the unusual anatomy and strange sex lives of seahorses. She tells “The WildLife” host Laurel Neme that seahorses live mysterious lives, tucked away out of sight on the seafloor, and provides insights into their strange characteristics, including: kangaroo-like pouches for the males to bear the young, horse-like snouts used like straws to suck in tiny zooplankton, prehensile tails to grasp sea grasses, swiveling chameleon eyes and color-changing skin. Seahorses face many threats, including habitat loss and degradation and commercial trade. They’re used in traditional Asian medicine, and also sold as curios and as aquarium pets. Global consumption of seahorses is massive, with about 25 million seahorses sold each year. There’s so much we still don’t know about seahorses. For instance, we’re not even sure how many different species there are.

Dr. Helen Scales is a marine biologist, writer, and broadcaster who specializes in fisheries, habitat protection, and the international trade in endangered species. She has lived and worked in various countries and now lives in Cambridge, England where she works as a consultant for a number of conservation groups including the International Union for the Conservation of Nature, Natural England, and TRAFFIC International. For her PhD from the University of Cambridge she studied the loves and lives of one of the biggest coral reef fish, the Napoleon wrasse, and its imperiled status due to demand from Asian live seafood restaurants.She appears as a radio host on the BBC’s The Naked Scientists show and on BBC Radio 4’s Home Planet. She also produces and presents a new podcast series, Naked Oceans, a fun and informative exploration of the undersea realm. In her first book, Poseidon’s Steed: The Story of Seahorses from Myth to Reality, she explores humankind’s thousand-year fascination with seahorses. This episode of “The WildLife” originally aired on The Radiator, WOMM-LP, 105.9 FM in Burlington, Vermont on January 17, 2010. It was reposted on August 22, 2011.

Read more
John Scanlon, Secretary-General of the Convention on International Trade in Endangered Species (CITES), provides his perspective on the major outcomes of CITES 16th Conference of Parties, which was held in Bangkok, Thailand from March 3-14, 2013. The conversation covers overarching issues, such as enforcement, financing and political engagement, as well as species-specific items, including timber, sharks and elephants. 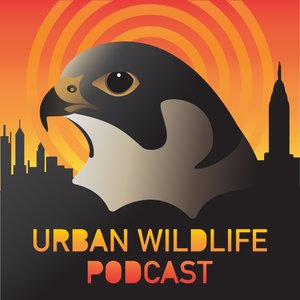 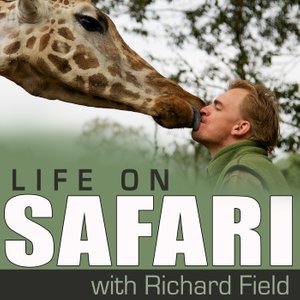 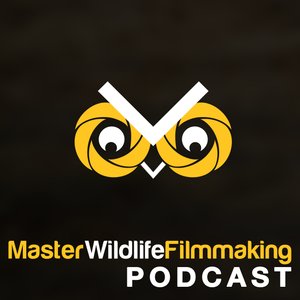 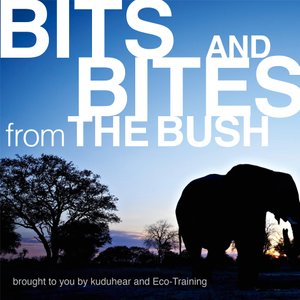 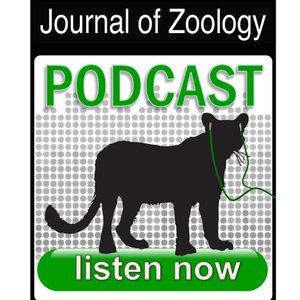 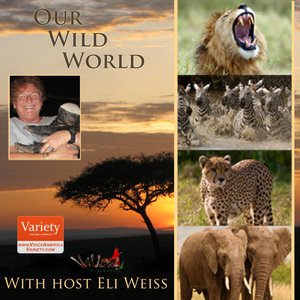 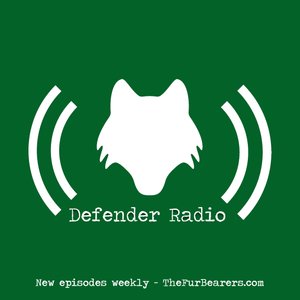 Defender Radio: The Podcast for Wildlife Advocates and Animal Lovers 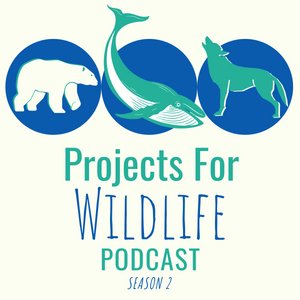 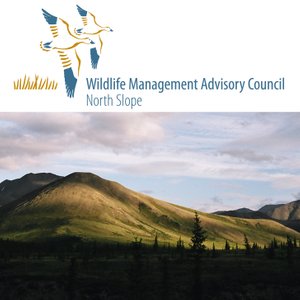 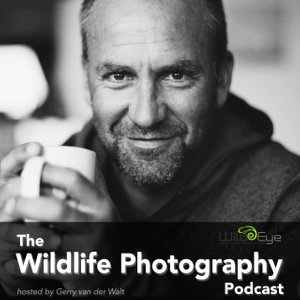 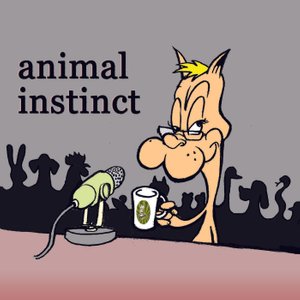 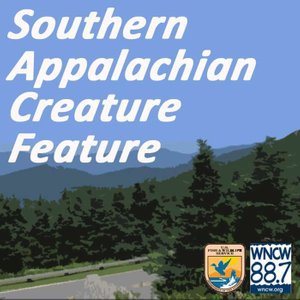 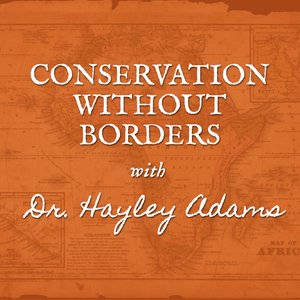 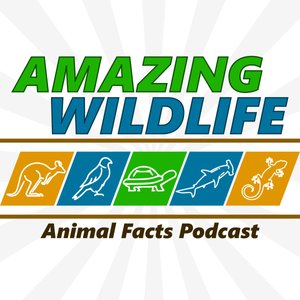 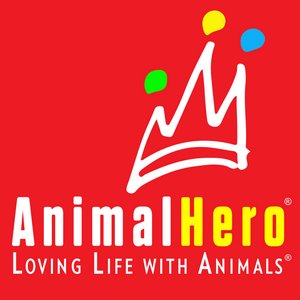 Read more
Dr. Steven Amstrup has been studying polar bears and their habitat since 1980, and much of what we know about them, and even how scientists study them, comes from his work. For instance, he was the first person to apply radio telemetry to the study of polar bears, which allowed scientists to understand the immense distances that polar bears travel, and that knowledge of their movements is vital to understanding polar bear ecology. He also developed studies to quantitatively describe denning habitat and developed the ability to locate dens under the snow with Forward Looking Infrared Imagery (FLIR). That allowed him to uncovered – quite literally – information about polar bear maternal denning. He made the unexpected discovery that over half of historic polar bear maternity dens in Alaska were on the drifting pack ice, and then, subsequently, he led work that showed that polar bears increasingly opted to den on land because of sea ice deterioration due to global warming.

Over the three decades he’s been studying polar bears, Amstrup has observed a profound change in their Arctic habitats and the threats they face, and he often speaks out about the need to mitigate greenhouse gasses if polar bears are to survive as a species.

Dr. Amstrup is currently senior scientist at Polar Bears International. He led the international team of researchers that prepared nine reports that became the basis for the decision, by the U.S. Secretary of the Interior in 2008, to list polar bears as a threatened species. He is a past chairman of the IUCN Polar Bear Specialist Group and has been an active member of the group throughout his career. Prior to joining Polar Bears International staff, he was the Polar Bear Project Leader with the United States Geological Survey at the Alaska Science Center, Anchorage, AK.

Read more
John Scanlon, Secretary-General of the Convention on International Trade in Endangered Species (CITES), reflects on the 40th anniversary of CITES, provides an overview of what to look for at the 16th Conference of Parties, and discusses species-specific issues, with an emphasis on elephants, rhinos and sharks.

Rank #5: The WildLife: A Lifetime with Elephants, Iain Douglas-Hamilton

At age 23, Iain Douglas-Hamilton pioneered the first in-depth scientific study of elephant social behavior in Tanzania's Lake Manyara National Park. During the 1970s he investigated the status of elephants throughout Africa and was the first to alert the world to the ivory poaching holocaust. He and his wife have co-authored two award-winning books and have made numerous television films. In 1993, he founded Save the Elephants, a Kenyan conservation organization dedicated specifically to elephants. In 2010, he was named the recipient of the prestigious Indianapolis Prize, in recognition for his lifetime achievements.

Read more
Fourteen-year-old Celia Ho from Hong Kong recently launched a campaign to stop the ivory trade after becoming inspired by Bryan Christy’s “Blood Ivory” article in National Geographic magazine. Her young voice represents a new hope for elephants that is increasing throughout Asia while her story illustrates how one person can make a difference.

Read more
Carbofuran was developed in the 1960s to replace more persistent pesticides such as DDT. Since then it has repeatedly been implicated in the mass mortality of nontarget wildlife, especially avian species. Conservationists worldwide have sought to regulate or ban the use of carbofuran for decades. However, this controversial product remains registered for use in a number of developed and developing nations. Its use in the United States has fueld an ongoing regulatory battle between the US Environmental Protection Agency and various lobby groups. Several significant obstacles, including flawed field study designs, lack of analytical capacity and a dearth of forensic evidence to support anecdotal reports have all contributed to carbofuran's remarkable staying power.

This presentation on carbofuran was made by Ngaio Richards at the Society of Wildlife Forensic Science's first triennial meeting in May 2012. It highlights key points and advances from the recently published book, Carbofuran and Wildlife Poisoning: Global Perspectives and Forensic Approaches.

Rank #8: The WildLife: The Rhino DNA Index System and it's Role in Anti-Poaching Efforts, Cindy Harper

Read more
The Rhino DNA Index System (RhODIS) is a secure database containing DNA profile data of individual rhinoceros. The extraction method has been optimized and is now used to individually identify rhinoceros horns from stockpiles and to link recovered horns to poaching cases. The information contained in this database has assisted in a number of convictions in South Africa and also one in the United Kingdom. This podcast contains a presentation on the Rhino DNA Index System that was made at the Society of Wildlife Forensic Science’s first triennial meeting in May 2012 by Cindy Harper, Veterinary Genetics Laboratory at the University of Pretoria in South Africa.

Read more
Naturalist Mark Fraser shares his enthusiasm for wildlife  and reveals simple things you can do to help wildlife in your own backyard. He takes "The WildLife" host Laurel Neme on a "virtual tour" of New England forests to meet local "residents" from fishers to coywolves to salamanders and songbirds.

Read more
Megan Parker, Executive Director and Co-Founder of Working Dogs for Conservation, reveals the secrets of using detection dogs for wildlife conservation. She tells "The WildLife" host Laurel Neme how she trains dogs to detect animals, plants and their seed and scat. Frequently, the dogs uncover what wildlife biologists can't easily see or find, and they do it in a more efficient and non-intrusive way, meaning without baiting, luring, trapping, handling or radio-collaring the animals. She also tells stories of the dogs in action, and shows how her dogs have sniffed out dwindling populations of cheetahs in Kenya, assisted with population surveys of endangered snow leopards in eastern Russia, and uncovered invasive cannibal snails in Hawaii. This episode of The WildLife originally aired on WOMM-LP, The Radiator, 105.9 FM in Burlington, Vermont on January 3, 2011 and was reposted on September 26, 2011.

© 2020 OwlTail All rights reserved. OwlTail only owns the podcast episode rankings. Copyright of underlying podcast content is owned by the publisher, not OwlTail. Audio is streamed directly from Laurel Neme servers. Downloads goes directly to publisher.