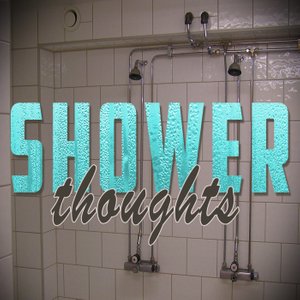 Ever been in the shower and suddenly have one of those life-changing philosophical epiphanies? Soapy gurus Matt and Bert crack wise and explore the mysteries of the universe via real shower thoughts from real people all over the internet. 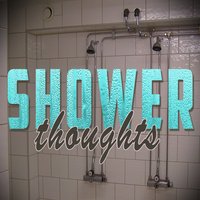 In this episode, Matt puts one of his neighbors on blast in one of the most explicit rants to date. Then the boys explore how apes have such huge muscles and why we never see casual acting in movies.

In this episode, the boys will blow your mind with yet more talk of metaphysics, astrophysics, and time travel. Can you travel faster than the speed of light to witness your own birth? If you could, would you? 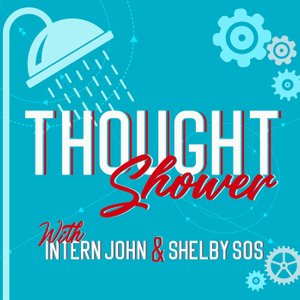 The Thought Shower with Intern John 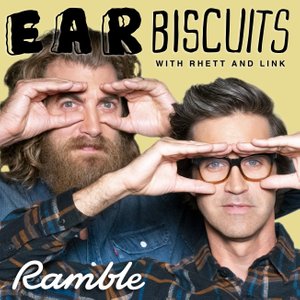 In this episode, Matt dominates the show with a story about visiting two different, bonkers KFCs on his birthday in search of the elusive fried chicken. After that, Bert manages to fit in one Shower Thought that makes us both feel very old. Thanks Bert.

In this episode, Matt gets angry at inconsiderate people while Bert goes viral with his microphone. Then the boys move on to discuss irrational fears of tiny animals and get real deep into the concept of alternate universes.

In this episode, Matt tries really hard to not appear mean-spirited while telling a story of a fat guy running and tripping across a busy road. After that, Bert ponders why busses don't have seat belts then the boys discuss the pitfalls of bringing modern ideas of technology back to the past.

In this episode, the boys discuss the odd phenomenon of our brain's habit of associating an acquaintance with the clothing we most often see them wearing. This revelation means Superman's thin disguise as Clark Kent might actually hold water.

In this episode, it is revealed that Bert has no sense of smell. We explore how much of an advantage that is in life, except for the smell of a blown out candle. Not being able to smell that sucks!