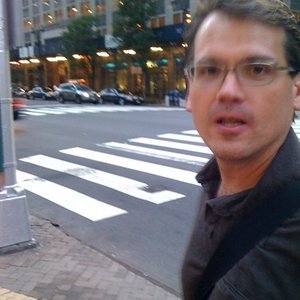 Join the Acquired Limited Partner program! https://kimberlite.fm/acquired/ (works best on mobile)   Ben &amp; David welcome very special guest Tom Alberg, board member and first lead investor in Amazon.com, to cover the IPO of "earth’s most customer-centric company". From longterm thinking to flywheels to riding big waves, this episode is chock full of lessons and stories from the journey of building one of tech’s most iconic franchises. We hope you enjoy listening as much as we did recording it!    Topics covered include: Tom’s “prolific” bio from the Amazon S-1 Jeff Bezos’s journey from a Vice President at the New York hedge fund D. E. Shaw to founding Amazon in a Bellevue, WA garage in the summer of 1994 Jeff’s longterm thinking as evident in the early days of Amazon, and his approach that "failure is ok, but not trying things is not ok”  Raising the seed money for Amazon before product launch, how Tom met Jeff and decided to invest despite the “high” valuation Tom's (and Jeff’s) focus on the power of targeting large and growing markets  Amazon’s actual overnight success after launching the website: according to Tom at the time, "By the second or third week… It was clear there was a trend here.” How Amazon’s venture round, led by John Doerr of Kleiner Perkins, came together in the spring of 1996  Amazon’s torrid growth through 1996, Jeff’s mantra of “get big fast” to win the land grab of online book selling, and the board’s decision to prepare for a public offering in the spring of 1997  How Frank Quattrone and Bill Gurley, then of Deutsche Bank, won the lead position for the Amazon IPO, beating out more storied firms such as Goldman Sachs and Morgan Stanley  Development of the flywheel concept within Amazon, as an outgrowth of maniacal focus on creating superior customer experience Amazon's public offering on May 15, 1997 at $18 per share (effectively $1.50 relative to today’s stock price after splits), raising $54M at a market capitalization of $438M — and subsequently trading down during the first few months following the IPO   Amazon and Jeff’s management of investor perceptions of the company, and ability to sell the longterm vision over short term profits — “you get the investors you ask for”  The creation of the first annual letter to Amazon shareholders included in the company’s 1997 annual report (and republished every year since), and then-CFO Joy Covey’s role and contributions to it  Raising convertible debt just before the peak of the dotcom bubble and subsequent ability to survive the burst, and the impact of the downturn on Amazon culture   The Carve Out: Ben: the band The Album Leaf David: Cormac McCarthy (author of All the Pretty Horses, No Country for Old Men, etc)’s contribution to W. Brian Arthur’s landmark paper about the economics of the internet, “Increasing Returns and the New World of Business” Tom: Michael Lewis’s latest book The Undoing Project, chronicling the Nobel Prize winning partnership between Daniel Kahneman &amp; Amos Tversky in developing the field of behavioral economics