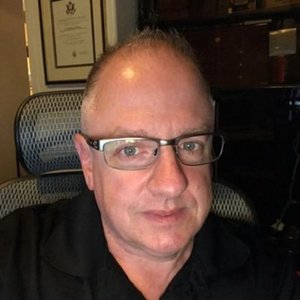 Visit https://podnews.net/update/geek-news-central-episode-1500 for all the links, and to get our newsletter. This update has been archived. Visit the URL above.Artwork credit: Supplied

For the Love of Podcast

Todd Cochrane was part of the first class of inductees to the  Podcast Hall of Fame. He founded the Tech Podcast Network in 2004 and has hosted his podcast, Geek News Central, since October of the same year. Toward the end of his 24-year career in the Navy, he found podcasting thanks to a near paralyzing accident. Since that time, aside from hosting serval podcasts, including co-hosting the New Media Show, he started his company Rawvoice, which is the parent company to Blubrry. They now represent over 75,000 Audio and Video podcasters to help them advertising, distribution, hosting, and statistics. He likely holds the record for the longest podcast sponsorship deal, as he’s been partnered with GoDaddy since the early days of his show. He has been at the forefront of the podcast advertising space and speaks worldwide on the subject. He literally wrote the book on podcasting, as his bool “Podcasting The do it Yourself Guide" was published in 2005. He also founded the People's Choice Podcast Awards.On the show we talk about:The story of how he first found podcastingIdeas on how to build domain authoritySuggestions on what to outside of the podcast itselfWhy he never edits his showWhy storytelling is so importantHow to look at the metricsImportance of going to places that can gain content for your audienceWhat it takes to be successful - hard work and consistency How he ensures he's talking to his audience, not around themHow he uses stats to tell the storySecret tips on how to geographic data to connect with his audienceAdvertising and why he feels its important to not be greedy and to deliver results Links and Resources:00:14 Tech podcast Geek news central00:53 New Media Show with Rob Greenly01:32 Podcasting do it yourself guide(2005)01:46 People Choice podcast awards 06:32 Blubrry company 08:17 Powerpress Plugin10:12 Geek News Central 19:32 BBC Asia 37:40 Advanced stat: Play data54:17 Elsie Alcober 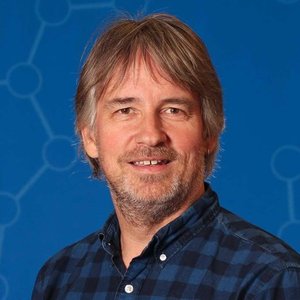 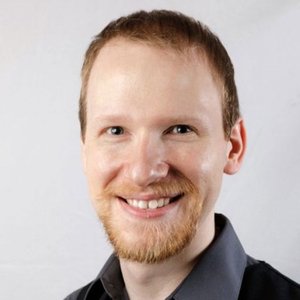 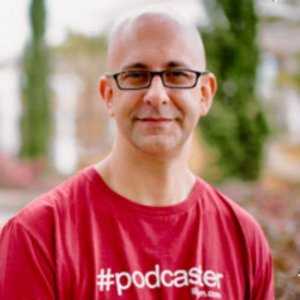 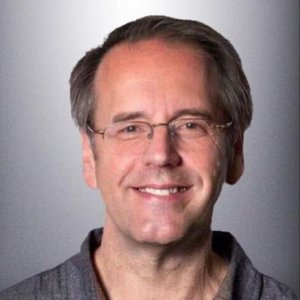 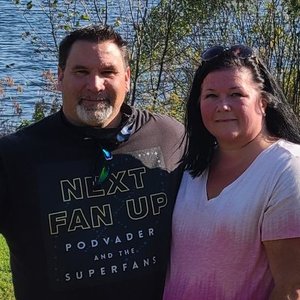 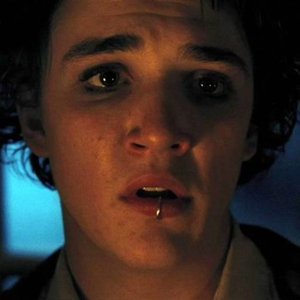 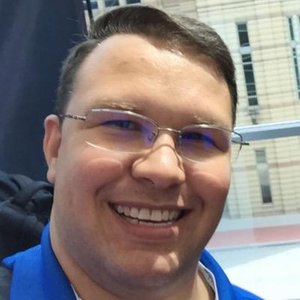 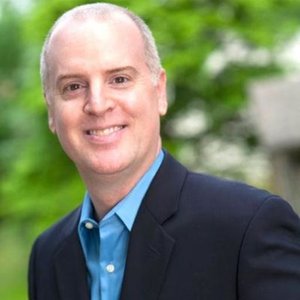 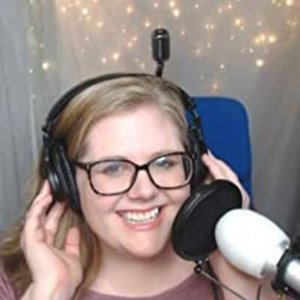 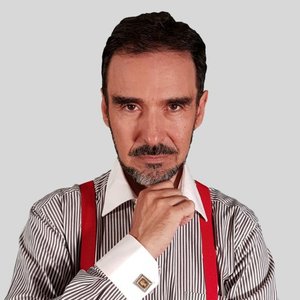 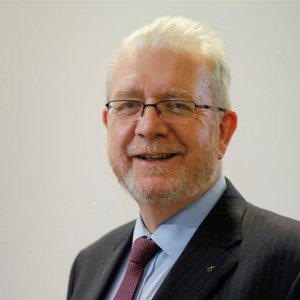 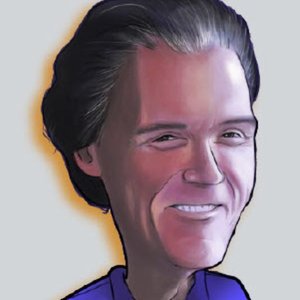 Military Opportunities and Transitioning to Civilian Life with Todd Cochrane

Todd Cochrane is a United States Navy Veteran who served 25 years and retired with the rank of Senior Petty Officer. He is the CEO of RawVoice and Blubrry Podcasting, a podcast platform that has built a directory of 950,000 shows. Todd wrote the world’s first book on podcasting and is the founder of People’s Choice Podcast Awards. He is credited with introducing advertising into the podcasting space and was inducted into the Podcast Hall of Fame in 2015. His grandfather was a World War II veteran and had a fundamental role in the events that occurred after Pearl Harbor. Today he resides in Quincy, Michigan, having spent most of the last 25 years living in Honolulu, Hawaii.Todd joins me today to discuss how grasping opportunities can put you in your perfect role in the military and how he made a smooth transition back into the civilian world. Todd shares how he landed rewarding roles, first as Lockheed P-3 Orion aircrew and later working on special projects with VPU-2. He discusses the stresses that a military career can put on spouses and family and the support and resources that the military provides at the outset of a military career and retirement. Todd also shares the values of bonds and brotherhood, which can last a lifetime.  ” When we make this transition to the civilian world, we have to understand them more than they have to understand us.” – Todd Cochrane This week on the Stigma Free Vet Zone Podcast: Why Todd decided to join the Navy and returned to MEPS (Military Entrance Processing Stations) twice to get the service role he wanted Carrying the burden to not disappoint your family and Todd’s experiences on the first day of recruitment training How grasping an opportunity landed Todd his ideal role as aircrew with Lockheed P-3 Orions Arriving in Guam and the rewarding job of an aviation electronics technician The proactive approach that allowed Todd to work for VPU-2 (Special Projects Unit 2) in Honolulu How the employment cycle can be extremely stressful on military spouses and family How support ops play a crucial role in the safety of troops on the ground The support and resources for veterans transitioning back to civilian life How building a business made it easy for Todd to retire and return to civilian life How the military brotherhood and sisterhood creates lifetime bonds This episode is brought to you by…The Orban Foundation for Veterans is dedicated to bringing greater hope, understanding, resolution, and togetherness on issues of civilian readjustment for all military veterans and their families. Orban Foundation for Veterans promotes the importance of education, identification, understanding, acceptance, and resolution of many of the complex and severe responses to war and military life.Visit our website to learn more about the Orban Foundation for Veterans and to support our mission.Helping Veterans &amp; Their Families Transition to Civilian LifeThanks for tuning into this segment of the Stigma Free Vet Zone podcast, the show dedicated to helping veterans and their families make the transition from the military to civilian life and culture. If you enjoyed this episode, please head over to Apple Podcasts to subscribe to the show and leave a review. For more stories, insight, and resources on coping with military-related trauma and PTSD, visit our website and follow us on Facebook and LinkedIn. Don’t forget to share your favorite episodes across social media to help us raise awareness and help our brothers and sisters and their families transition to civilian life.DISCLAIMER: The information and content shared in each episode of the Stigma Free Vet Zone are for informational purposes only. The Stigma Free Vet Zone hosts, Mike Orban &amp; Bob Bach, are not, nor claim to be, medical doctors, psychologists, or psychiatrists and should not be held responsible for any claims, medical advice, or therapy/treatment recommendations mentioned on this podcast. Any advice mentioned or shared by Mike Orban, Bob Bach, or their guests is strictly for purposes of bringing awareness to the veteran community and the services available. Please speak with a medical professional before taking any advice or starting any therapy or treatment discussed or shared on this podcast.

with Todd Cochrane and Jeff Levine of Blubrry

Todd Cochrane retired in 2007 as a Senior Chief in the US Navy after 24 years, where he gained experience in Advanced Airborne Avionic Systems. This also included EW, radar, CSM, SAR, as well as IR with in depth knowledge of RF systems and their components. He has also worked as a government tech rep and got involved in design, installation, operational testing, and evaluation of new mission systems. Along with managing multiple aircraft modifications across multiple depot repair facilities worldwide.Todd started podcasting in 2004 and throughout his career he has made tsunami sized waves in the podcasting world. In 2005 Cochrane founded the People's Choice Podcast Awards, which became better known as the Podcast Awards. He is also the founder of the Tech Podcast Network and he is credited for bringing advertisers into podcasting. He is best known for his podcast Geek News Central and he also features on New Media Show and Podcast Insider podcasts. Cochrane's career in podcasting has also earned him a place in the Inaugural class in the Podcast Hall of Fame. Along the way he still had time to write a book on podcasting “Podcasting: The Do-It-Yourself Guide.” Todd's links Web: https://blubrry.com Twitter: https://twitter.com/GeekNews And don’t forget to support the podcast by subscribing for free, reviewing, and sharing. **** NEW LIVESTREAMS https://youtube.com/erichunley ****** Web: https://unstructuredpod.com/ Twitter: https://twitter.com/unstructuredp Facebook: https://facebook.com/unstructuredp Instagram: https://instagram.com/unstructuredp Join the Facebook group: fb.com/groups/unstructured

Episode 517 – So You Want To Be A Podcaster? with Todd Cochrane

The Bacon Podcast with Brian Basilico | CURE Your Sales & Marketing with Ideas That Make It SIZZLE!

Todd Cochrane, CEO of RawVoice/Blubrry, wrote the book on podcasting. Well, at least the first one: “Podcasting: The Do-It-Yourself Guide.” The founder of the People’s Choice Podcast Awards and the Tech Podcast Network, he’s also credited with introducing the first advertisers into podcasting, GoDaddy. Cochrane was inducted into the inaugural class of the Podcast Hall of Fame in 2015. But perhaps his biggest influence on podcasting is Blubrry Podcasting and its parent company RawVoice, which offers a directory of more than 750,000 shows, the No. 1 plugin for WordPress and much more. A United States Navy Veteran who served 25 years and retired with the rank of Senior Chief Petty Officer, Cochrane resides in Quincy, Michigan, having spent the majority of the past 20+ years in Honolulu, Hawaii, with his family.Unlike other PR firms, Hank always gives personal attention to his clients. Accounts are never delegated to assistants or apprentices. Hank is available for calls and questions before, during, and after implementation of PR campaigns.Learn More About Hank's PR Class - CLICK HERE

Hall of Fame podcaster and Blubrry CEO Todd Cochrane joins us to talk to us about how a terrifying accident led him to podcasting, how he founded a top hosting company and where he sees our medium going. You can check out Todd's various podcasts at geeknewscentral.com Thanks Todd!

Blubbry CEO Todd Cochran discusses how many podcasts are in the space, why radio is now falling in love with podcasting, how you can get started in podcasting, measurement of the medium and much more.

157: The Importance Of Podcasting With Todd Cochrane of Blubrry