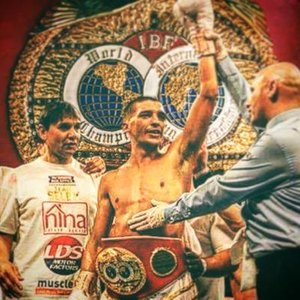 This week, Joey and Eddie are back! Part one consists of the weekly 'Review' segment, along with the latest boxing news. In part two, the sole guest on this week's podcast is welcomed, and it's the former IBF Featherweight world champion, Lee Selby. Lee talks all about his recent controversial loss to George Kambosos Jr. Lee also admits that he would of retired if he felt he lost the fight and gives Kambosos Jr no chance against Teofimo Lopez. The show then ends on the weekly 'Preview' segment. All this and more on the BoxHard Podcast! Stay tuned! 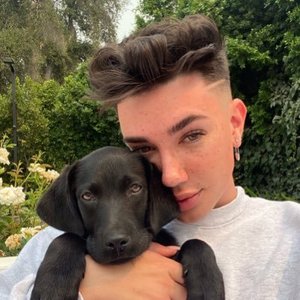 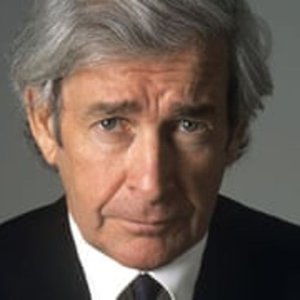 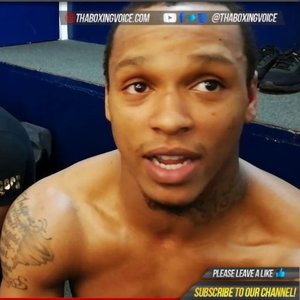 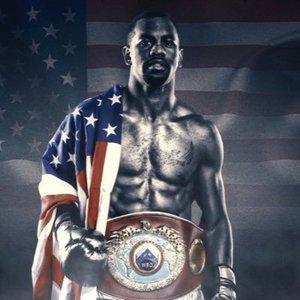 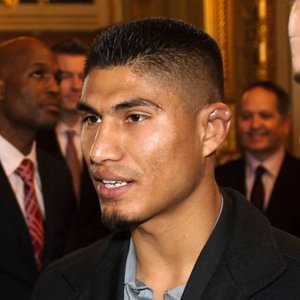 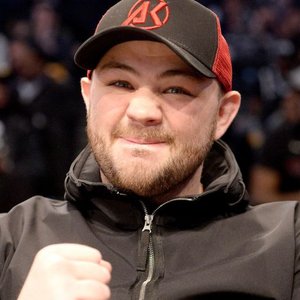 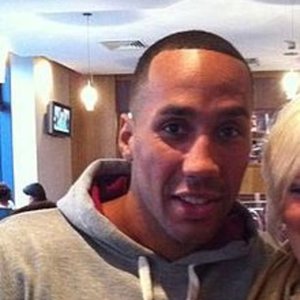 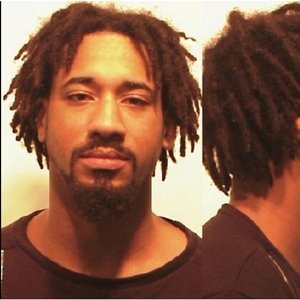 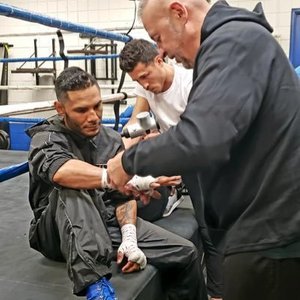 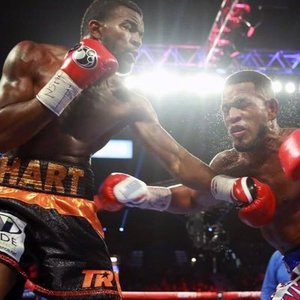 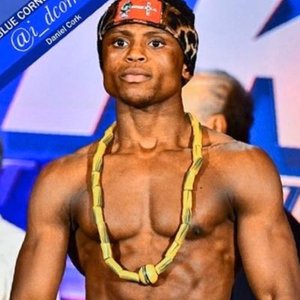 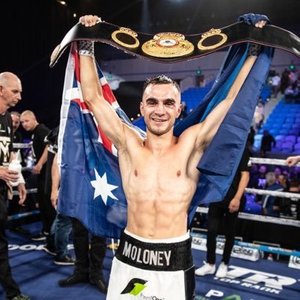 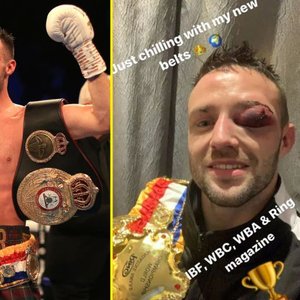 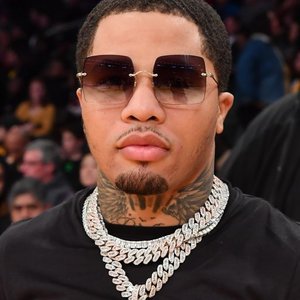 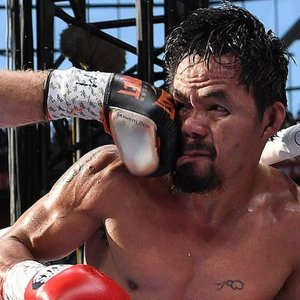 125: Bonus Show with Special Guest George Kambosos Jr on how he started boxing, sparring 250 rounds with Manny Pacquiao and his upcoming fig

Ep43 - Lee Selby - Do we have a two weight world champ in waiting?

What a guy Lee is - Former IBF World Champion, on the hunt for the same title at Lightweight. His mindset, despite some pretty horrid setbacks in his personal and professional life, is unbelievable - Drive, determination, resilient, and a never quit attitude.  Absolutely loved this chat, and It's good to see the not so glamorous side of boxing too. Huge thanks to; Who Know's Wins - Download the free app and invite your pals LT Scaffold Services - Get a quote now!  Tiny Rebel Brewery - Order beers online!

SHADOW BOXER (Previously AGAINST THE ROPES)

On this episode, Nick Nunan catches up with George Kambosos Jnr.The last time we saw him in the ring was a career best performance against former IBF Lightweight Champion, Mickey Bey.George has based himself in Australia during COVID-19, as he prepares for his biggest fight to date, a world title eliminator against Lee Selby.The winner will earn themselves a world title shot against current champion Vasyl Lomachenko or challenger Teofimo Lopez.The fight is set to take place on October 3 in Cardiff, Wales.

This week, Joey and Ayaz are joined by the former IBF Light-Heavyweight world title challenger, Callum Johnson. Callum talks all about his upcoming fight for the EBU European title against Igor Mikhalkin in Manchester on May 2nd. Callum also shares his reaction to Kovalev vs Yarde, Beterbiev vs Gvozdyk and believes that Josh Buatsi is the second best Light-Heavyweight in Britain. This show also includes the weekly 'Review and Preview' segment's, along with the latest boxing news. The show then ends on an interview with the former IBF Featherweight world champion, Lee Selby. Lee talks all about his upcoming fight against the undefeated George Kambosos Jr in Cardiff on May 9th. Lee also discusses sparring Kambosos back in 2017 and gives his take on the potential Lomachenko vs Lopez matchup. All here and more on the BoxHard Podcast! Stay tuned!

This week, Joey and Ayaz are joined by the former IBF Featherweight World champion, Lee Selby. Lee talks all about his upcoming fight set for October 26th in London against former three-weight World champion, Ricky Burns. Lee also reveals that he agreed to fight Adrien Broner, looks back at his win over Omar Douglas and predicts that Shakur Stevenson will take over the Featherweight division. This show also includes the weekly 'Review and Preview' segment's, along with the latest boxing news. The show then ends on an interview with the World-ranked Flyweight contender, Andrew Selby. Andrew talks all about his win on the weekend in Dubai and looks back at his defeat to Julio Cesar Martinez Aguilar. Andrew also discusses Sunny Edwards, Jay Harris, the Joshua vs Ruiz rematch and has some choice worlds for rival Charlie Edwards. All here and more on the BoxHard Podcast! Stay tuned!

🤯Sources tell @TheAthleticBOX Adrien Broner and Lee Selby in advanced talks for a fall showdown. If deal complete, the contract weight should be interesting. Broner’s last fight at 147, and he’s missed 140 marks (or had it changed during camp) numerous times. Selby last fight at 135 Lee Selby held a title at 126. Broner has claimed belts at 130, 135, 140 and 147. The fight makes sense at junior welter and would likely land on ShowtimeOne Free Month of Dazn On TBV http://bit.ly/ThaBoxingVoicexDAZNhttps://www.patreon.com/ThaboxingvoiceBUY THA BOXING VOICE T-SHIRT HERE http://thaboxingvoice.com/storePLEASE SUPPORT!!! SUBSCRIBE, SHARE &amp; LIKEPlease check out our facebook page and hit the like button. https://www.facebook.com/Thaboxingvoiceradio GOOGLE PLUS https://plus.google.com/107960664507143008932/posts?tab=XXiWeb Sitehttp://thaboxingvoice.com/Radio show: http://www.blogtalkradio.com/thaboxingvoiceradioTwitter: @Thaboxingvoicehttps://twitter.com/thaboxingvoiceAudio only Podcast subscribe herehttps://itun.es/us/oY7JJ.c#BronerSelby #AdrienBroner #ThaBoxingVoice

This week we are joined by Lee Selby will discuss the below agenda!!Agenda1) Lee Selby interview2) Degale v Eubank Jr review 3) AJ v Miller press conference4) Joyce v Stiverne review5) Dirrell win, Lara &amp; Ortiz return to action Call into to give us your thoughts/opinions!!From 7:30pm you can listen/call our free hotline +44 1506243403 to voice your opinion or ask a question??Or just tune in via.                https://www.spreaker.com/user/wrapsontv#jointheconversation

This week, Joey and Ayaz are joined by the former IBF Featherweight World champion, Lee Selby. Lee talks openly and honestly about his world title reign at Featherweight and his decision to move up two weight classes and challenge Omar Douglas on February 23rd. Lee also gives an update on brother Andrew and shares his opinion on Josh Warrington's win over Frampton and his next possible opponents. This show also includes the latest boxing news along with the weekly 'Review and Preview' segment's. The show then ends on an interview with the reigning WBO Middleweight World champion, Demetrius Andrade. Demetrius talks all about his upcoming fight this Friday against Artur Akavov at the Madison Square Garden Theater. Demetrius also targets the big names in his weight category, has his say on Billy Joe Saunders and shares his fight prediction. All here and more on the BoxHard Podcast! Stay tuned!