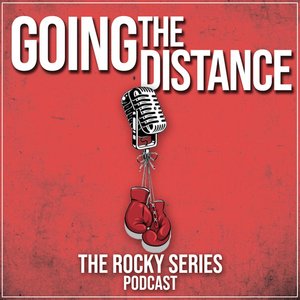 Dedicated feed for "Going The Distance: The Rocky Series Podcast"Join us as we cover every Rocky film in order and in detail. 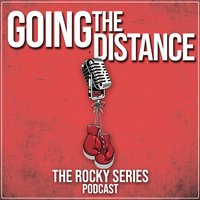 Join Ryan and Ruban as they celebrate the end of Season 2 and Rocky II.  We discuss so much in this episode. We talk about Stallone showing off his butt in movies, future Stallone projects and we of course talk about how Season 2 went and what we have in store for Season 3. Yo Rocky Series Podcast fans ! We DID IT !--- Send in a voice message: https://anchor.fm/ryan-rebalkin/message

Ryan had the joy and privilege of talking with John-Paul “J.P." Flaim. “J.P.” Flaim was born in 1970 in Bowie, Maryland. Flaim attended Eleanor Roosevelt High School in Greenbelt, Maryland, and then went on to major in international business at the University of Maryland, College Park before studying law at the Temple University Beasley School of Law in Philadelphia, Pennsylvania.In 1997, he failed the Maryland bar exam, reading his results publicly while on the air; however, he passed the exam the following year and can now legally practice law in Maryland. Flaim has also fought as a professional middleweight boxer. His record is 0-1, having lost his December 9, 2006 debut fight to Jay Watts by TKO in the first round.In 2007, he was ranked 991st out of the top 999 boxers in the light middleweight division. It is his book "Chasing Rocky' that we discuss and his time in the ring ! The Junkies on Twitter The Junkies on Facebook John-Paul Flaim on Twitter Buy 'Chasing Rocky' here !--- Send in a voice message: https://anchor.fm/ryan-rebalkin/message

Guess we have a new SuperFan, and his name is Dave Barrell. Another chap from the UK ! He joins Ryan and together they discuss all things Rocky, Stallone, Rambo and what have you. Stay tuned for the very end where Robert Tepper chimes in about his mega hit and subsequent stardom of "No Easy Way Out". The guy bashes on David Bowie. Oh my !--- Send in a voice message: https://anchor.fm/ryan-rebalkin/message

Super Fan Mat joins Ryan and Ruban to talk about the big rematch between Apollo and Rocky in Super Fight II. Even though they said there wasn't going to be no rematch, we got one !--- Send in a voice message: https://anchor.fm/ryan-rebalkin/message

Ryan and Ruban are back together !! In this episode we break down the training montage in Rocky II !--- Send in a voice message: https://anchor.fm/ryan-rebalkin/message

WHAT: On 27th April 2017, Simon panned to attempt to run 100 miles non-stop from New York to the Rocky Steps, Philadelphia. That’s approx 4 continuous marathons, non-stop, no sleep, thru the dead of the night. It’s not an organised race. It’s just Simon running solo with a small team supporting with food/water and using google maps for directions!! Estimated time to complete it: 30-36 hours non-stop run/walk forward motion. WHY DO THIS: It all began in January 2013... with a blog called “Simon’s Rocky Road”. It described a journey which began with the idea of running 100 miles non-stop from New York to The Rocky Steps in Philadelphia for my brother's 40th birthday. It described the training/diet, and it travelled thru the ups &amp; the downs of what it would take for one over-weight amateur runner, who had never even ran a half-marathon before, to achieve his ambition in 3 months. The blog also gave an insight into living with mental health issues: www.simonsrockyroad.blogspot.com To donate and read more of Simon's journey click here https://www.justgiving.com/fundraising/simonsrockyroad This was a truly inspiring and humbling interview ! Thank you Simon ! --- Send in a voice message: https://anchor.fm/ryan-rebalkin/message

Cam F. Awesome (born 1988 in Uniondale, New York), formerly known as Lenroy Thompson, is an American amateur boxer best known to win the US title in 2008, 2010, 2013 and 2014 and the Golden Gloves 2009, 2011 and 2013 at super heavyweight. He frequently fights in pink to show his commitment to and involvement with the Breast Cancer Awareness Program. Awesome is the U.S. National Team Captain and is also the Athlete Director on USA Boxing Board of Directors. Cam is also known for his being a keynote Speaker. National Champion Boxer. Standup Comic. Vegan. Chipotle addict. Podcaster. Former Child. #TaylorSwiftofBoxing. Check out his site here  http://www.celebritysportsspeaker.com/ --- Send in a voice message: https://anchor.fm/ryan-rebalkin/message

Join Ryan and Ruban as they discuss Rocky (of course) but also humor and the life of a comedian. We have professional comedian Brad Upton schooling us on how to be funny. We need all the help we can get. Brad Upton first stepped on stage in September of 1984 and he's never looked back.  This ex-grade school teacher is now in his 32nd year of comedy and is nearing 6000 lifetime performances.   He is a past winner of the Las Vegas Comedy Festival and appeared recently at Caesar's Palace as part of the HBO Comedy Festival. He has spent the last eight years as the opening act for the legendary Johnny Mathis and did multiple shows all over the country with the late, great Joan Rivers.  He has also been seen in concert with The Smothers Brothers, Smokey Robinson, Kenny Rogers, Dolly Parton, Lewis Black, George Jones, Glen Campbell, Pam Tillis and many others.  Coast to coast all over North America isn't the only place Brad performs.  In 2014 Brad headlined in Singapore, Hong Kong, The MGM in Macau and did eight nights in Israel as part of the Comedy for Koby benefit. His new CD entitled, "Brad Uptonogood" is heard regularly on Sirius Satellite Radio and is available online wherever music is sold.  He also just released his first DVD entitled, "Brad Upton, Live from the 509".  You can also see Brad in a starring role on a funny independent film on www.indieflix.com/. Check out Brad's website for further info !--- Send in a voice message: https://anchor.fm/ryan-rebalkin/message

Join Ryan as he talks with Rocky fan Carmen Schober ! We will talk all things Rocky. We will discuss her business The MillionTo1 Club and how Rocky has influenced that. enjoy ! Her site can be found here : https://www.facebook.com/millionto1club/ Our FaceBoook page is: https://www.facebook.com/GoingTheDistancePodcastSeries/ Follow us on Twitter at :https://twitter.com/GTDRockyPodcast --- Send in a voice message: https://anchor.fm/ryan-rebalkin/message

Ryan had the pleasure of interviewing the lovely and talented Kirsty Strain. Join us as we talk all things Rocky and about her new play that she is writing and making a documentary at the same time about its production called "One More Round" The project sounds amazing ! Kirsty  is a Scottish actress, best known for her roles in the popular comedy sketch series, Burnistoun, and as Angie Warren in the BBC Scotland television series, River City. In December 2016, she was a supporting actress to several acting pieces by St. Paul's High School, at the Tramway Theatre in Glasgow.--- Send in a voice message: https://anchor.fm/ryan-rebalkin/message

© 2020 OwlTail All rights reserved. OwlTail only owns the podcast episode rankings. Copyright of underlying podcast content is owned by the publisher, not OwlTail. Audio is streamed directly from Ryan Rebalkin servers. Downloads goes directly to publisher.