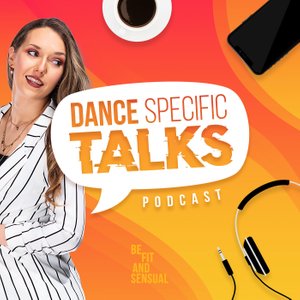 Welcome to the tribe of dance lovers! You have found the right place - a platform where we gather around the most epic dance stories out there. In this unique podcast we are getting to know dancers from all over there world, hear their incredible journies, learn from their experiences, and much more. The global dance community is a fantastic melting pot of styles, cultures, and scenes. In this show, Therese Sahlin aka T-zer interviews everyone from underground Hip-hop battlers to famous Bachata stars. From an artistic director in Kenya to living legends of Chicago Footwork - this is the broadest interview podcast on the planet for dancers. Behind every dancer, there is a life story and between the interview episodes, we will gather around the funniest and weirdest dance related experiences. Therese Sahlin aka T-zer has 15+ years within the Scandinavian Hip-hop community as a battle dancer, teacher, and event host. She quickly broadened her network into the social dancing world after her crew started to mix the couple dance Kizomba into their Hip-hop shows. This podcast is released by Be Fit And Sensual, the biggest online coaching and dance specific training for dancers of all styles! 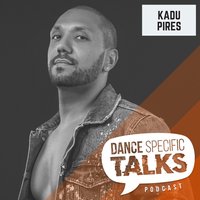 ARTIST: Kadu Pires COUNTRY: Brazil 🇧🇷 based in Madrid 🇪🇸STYLE: Samba de Gafieira, Brazilian Zouk &amp; West Coast SwingWEBSITE: www.kadularissa.comKadu was born in Sao Paulo where he started his studies in Latin dance. At 18 years old he moved to Rio de Janeiro where he started teaching and performing with Jimmy de Oliveira and Alex de Carvalho dance companies. Kadu Pires met his partner Larissa Thayane as they started dancing together in 2005 in Rio de Janeiro, Brazil. In 2007 they moved to Australia where they worked at Rio Rhythmics Latin Dance School for 5 years, in 2012 they founded their school called K&amp;L Dance. Since 2007, they spend up to 46 weekends in the year traveling to teach, perform, choreograph and judge at the world’s most important dance events and competitions. They have been instrumental in boosting the popularity of Brazilian Zouk and Samba de Gafieira internationally. Their credits include competition wins and television appearances in Brazil and in Australia where they lived for 10 years, including choreographing for So You Think You Can Dance Australia and judging at the World Latin Dance Cup. 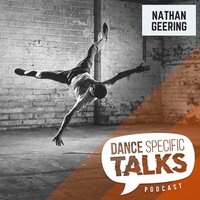 ARTIST: Nathan GeeringCOUNTRY: UK STYLE: Breakin'Company: Rationale ArtsWEBSITE: www.rationalearts.comNathan Geering is an Artistic Director, Consultant, and Accessibility Innovator. He is the founder of the Rationale Method of accessibility and runs a registered charity called Rationale Arts which has the ethos of making art accessible for all. In addition to this Nathan is a published author, multi-award winning film maker, TEDx speaker and was the Artistic Director of the Special Olympics Opening Ceremony in 2017. Nathan is known throughout the flow arts community as the innovator a new movement style called Break-Flow (or B-Flow). This unique style combines the explosive dynamics of Breakin with the fluid movements found within Flow Arts. When Breakin is further combined with Fire Arts the art form becomes Fire-Breakin. Within the fire eating community Nathan is breaking new ground with his unique art form and is truly pushing the boundaries of what can be achieved with fire eating - he is breaking all the rules and literally turning fire eating on its head. WATCH VIDEO INTERVIEW at YOUTUBE: DANCE SPECIFIC TALKS ⁠⏯️ Listen at: Spotify, Apple Podcast &amp; Google Podcast !⁠⁠⁠Released by: @befitandsensual ⁠Host: @tzerfuse⁠#NathanGeering #RationaleArts #DanceSpecificTalks 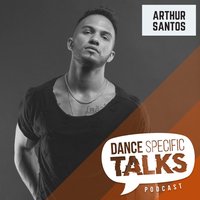 Time to talk about Brazilian ZOUK with no one else than ➡️  Arthur Santos!⁠ARTIST: Arthur SantosCOUNTRY: Brazil 🇧🇷 based in Madrid 🇪🇸STYLE: Brazilian ZoukWEBSITE: ArthursSantos.com Arthur was born in Goiânia, Brazil and at 12 years old discovered his dance passion at high school with jazz and contemporary. Performer, teacher and choreographer, he started dancing Latin and Brazilian ballroom in 2007 and after 3 months was invited to become part of Sport Dance’s Company where he learned Brazilian zouk, salsa, samba de gafieira, bolero, chachacha, forró and one of his favourites, Argentine tango.In December 2007 he did his first zouk workshop with “The Queen of Zouk”, Renata Peçanha, in Goiânia and has never looked back. From 2008 to 2009, he went to study in Morelia, Mexico where he started to teach Brazilian dances at Mundo Dance Academy, and where he met Paulina Posadas – today the 8 times World Champion on Salsa On2 – and she invited him to be part of her dance company MoreSalsa where he learned and improved his dance, especially salsa. In 2013, followed by his dance partner – the world-renowned dancer, Layssa Liebscher – they moved to Adelaide, Australia where they have been building a strong Brazilian Zouk community as well as teaching other Brazilian dance styles. They have also spent their time traveling interstate around Australia and touring overseas in countries like Singapore, Indonesia, Malaysia, United Arab Emirates, New Zealand, China, Holland, Finland, Poland, England, and the USA. In March 2020 Arthur moved to Madrid to start a brand new life with his love one and where began working to improve the growth of Brazilian Zouk in Spain, and also invest in his own dance.🎥 Video interview: ⁠Dance Specific TALKS on Youtube⁠ @alivestory.official⁠ on Facebook  ⁠ 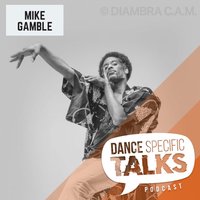 "My purpose in life is to inspire other people and I'm doing it one student, one choreo, one performance, one production at the time" - Mike GambleARTIST: Mike Gamble⁠COUNTRY: USA/Sweden 🇺🇲🇸🇪⁠STYLE: Jazz, Hip Hop, Modern, High Heels, Burlesque⁠FOLLOW HIS PROJECTS: @gamblesgreenroom @wearedopeaf⁠Mike Gamble is originally from the USA but today he sees Sweden as his main home. Mike has a diverse dance background training in West African, Hip Hop, Modern, Jazz, House, Breaking, and Capoeira. He was a company member of Marshall Dance Company, has guest performed with Gwendolyn Bye and Dance Del Bello dance companies, and was active in the LA commercial industry performing in and choreographing music videos and commercials including work with artists including Leela James, Chris Cornell, Panic! At The Disco, R. Kelly and India Arie and with companies including Target, Nike, Apple/iPod, and Reebok.🎥 Video interview: ⁠Dance Specific TALKS on Youtube⁠ @alivestory.official⁠ on Facebook  ⁠ 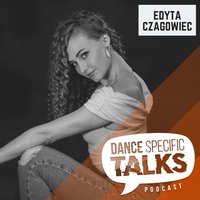 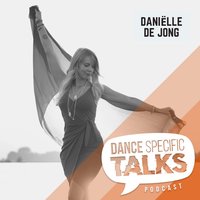 "You can be whatever and whoever you desire to be"Daniëlle de Jong lives in a small city in Friesland in the Netherlands. Growing up Daniëlle always loved dancing but her environment did not have much to offer. She was super driven from an early age and became one of the youngest business owners in her region. Never in a million year did she think she was going to teach dancing and do collaborations all over the world, but her passion wanted something else. Today Daniëlle is a loved instructor and dancer both in Kizomba and Lady styling. She teaches online and has represented the Netherlands in the international competition Battle Kizz. Time to plug in those headphones and enjoy this week's episode! Follow Daniëlle ! 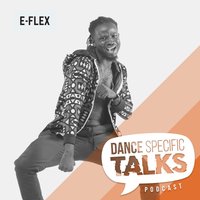 ARTIST: E-Flex COUNTRY: Ghana 🇬🇭⁠STYLE: Azonto⁠FOUNDER: I am Azonto Dance 4 Change ghCREW: Humble Stars dcE-Flex grew up in Ghana and knew early that dance was his gift. Despite being homeless for five years, his love for dance made him fight all the way into Ghana's TV industry. When he got asked to start teaching dance at the university he knew that his passion would pay off and since then E-Flex never stopped. He continues to give back to his community by leading "I am Azonto Dance 4 Change Gh". Today you can see E-Flex teaching workshops internationally and spreading AZONTO all around the world! 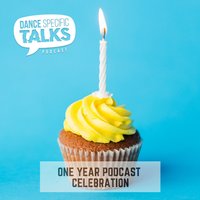 One year of amazing interviews with incredible dancers around the world! This is the first of many compilations we will do in this podcast. As a start we are looking back on some short stories from Kapela, Sebastian from Be Fit And Sensual, Chamalo, Bukky Ayo, King Charles, Redo, Awa &amp; Gloria, Neguin and Kwesi ! 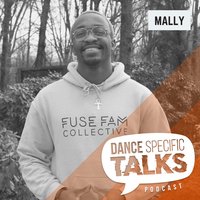 Malcolm aka Mally, grew up with his mother in Dar es Salaam, Tanzania. At the age of 12 he a dream came true when he got the chance to move to the USA. Since then he has lived in Zambia, Sweden, and now in the Netherlands. How did this young kid end up as a national TV host, a rapper, Zumba instructor, Hip-hop battler, and Kizomba artist? Time to get to know Mally, the partner/crewmate and boyfriend to this podcast host T-zer. For this special one-year anniversary of the podcast Dance Specific TALKS our special guest Mally is called up for a surprise interview! Time to plug in your headphones and enjoy the next episode. Follow Mally on Instagram !Follow hos crew Fuse Fam on Instagram !Check out his upcoming classes at Castle of Dance 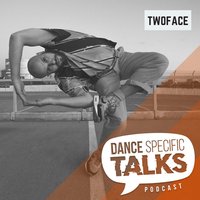 51. Patrick aka Twoface - Tutting & the vision for illusionary dance forms

Patrick Williams is known as Twoface in the scene and is a dedicated tutting dancer from Germany. Born in München he was first noticed in the Hip-hop scene in Germany using his exceptional techniques in urban styles such as popping, tutting waving, etcetera.Following his ambition as a dancer, he started participating in dance battles. These contests were the start of his international fame not only as a dancer but also as an artist. He won international dance battles such as SDK, The Notorious IBE, and World of Dance. Today Twoface is performing and choreographing theater pieces. Follow Twoface and check out his crazy videos on TikTok!

© 2020 OwlTail All rights reserved. OwlTail only owns the podcast episode rankings. Copyright of underlying podcast content is owned by the publisher, not OwlTail. Audio is streamed directly from Therese Sahlin servers. Downloads goes directly to publisher.