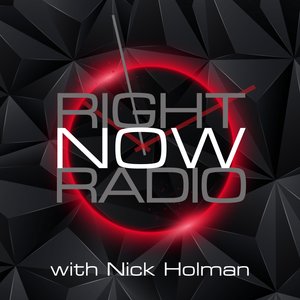 Former DI athlete, DJ, and actor Nick Holman talks with guests with interesting stories of all different backgrounds about their life. A light hearted, funny at times conversation engages the mind and leaves the listener feeling fresh, informed, inspired, and motivated. In each episode, you will find what each guests believes what each listener should do "right now" to live a better, happier, more fulfilled life! 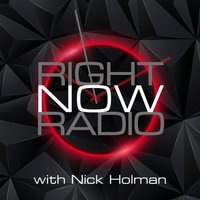 #4: Anne Nelson on Perspective, Breaking Bad Habits, and Lots of other Fun Stuff

Anne Nelson is a student at Auburn University who was involved in a car accident 3 years ago that left her with a number of injuries. We talk about this and how she's kept things in perspective since. We also talk about how she has made a habit of breaking bad habits, and a number of other interesting topics.

My good friend David Norris and I have a long talk about all sorts of different subjects. Too many to list, really.  He's hilarious and I think you'll agree

#6: Jason Zone Fisher on Creating Your Own Lane, and why Laughter is Important

Jason Zone Fisher is a man of many hats. He is a Host, Producer, Emcee, and a number of other things in the entertainment industry for some titan companies as well as working on his own projects. We talk about the life of a creative and a self-starter. We talk about laughter, and why it's important. And! We talk about arm wrestling.

Kyle Kinch is a house/techno/disco DJ/Producer from Tampa, FL. who has released records on numerous labels and has had his tracks played at festivals by the likes of Gorgon City and Fisher. We talk about his musical influences, his creative process, how he's climbed the ladder in his DJ career, and what the future of dance music holds.

#11: Malachi Christian on Content Creation, The Power of Words, and Being Yourself

Malachi Christian is this episode's guest, and we have a killer talk about content creation on social media, the power of words and images in branding, and a ton of other fun stuff

© 2020 OwlTail All rights reserved. OwlTail only owns the podcast episode rankings. Copyright of underlying podcast content is owned by the publisher, not OwlTail. Audio is streamed directly from Nick Holman servers. Downloads goes directly to publisher.