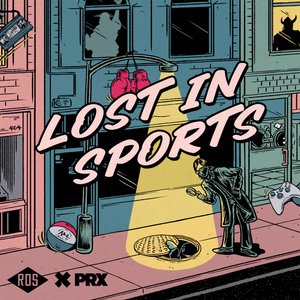 Join host and journalist Ben Baskin on an adventure through time as he takes on some of the biggest questions in sports history— and some you never thought to ask. Every episode of Lost In Sports explores the mysteries of the lost, the forgotten and the disappeared, and goes on a quest for answers. In season 1, Ben investigates a global phenomenon that vanished, a body part that went missing, a movie that was never seen, and more! Have a sports mystery you’d like to solve? Send it to Ben at lostinsports@religionofsports.com or leave him a message at [(914) 893-2870](tel:9148932870). 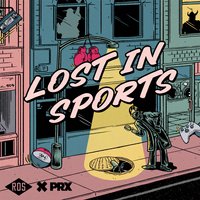 The Hartford Whalers logo is everywhere, worn by celebrities from Snoop Dogg to Adam Sandler….even though the team no longer exists. But the small state capital was once home to hockey greats like Gordie Howe and Ron Francis, before the team was uprooted to North Carolina. Ben returns to his home state to find out how Hartford once had a NHL team, why the team moved and ripped the heart out of the city, and how it’s seemingly more popular now than when it existed.

In 1997, Mike Tyson and Evander Holyfield squared off in arguably the most notorious and strange fight in boxing history. It is remembered in infamy as The Bite Fight. Lesser known is that the piece of Evander Holyfield's ear that Mike Tyson bit off and spit out went missing. Ben ventures to find out what happened to that chunk of human flesh and why Tyson bit the ear in the first place.

For years, EA Sports produced an extremely popular, and extremely accurate, college football video game— with all the NCAA teams, stadiums, mascots, traditions, and, yes, the actual players. And then it was gone, leaving its cult fanbase enraged and fighting to keep the game alive. Ben explores the NCAA Football video game series, how it was made, why it went away, and how its loss exposed what it really means to be a college athlete.

In 1999, a small apparel company named AND1 released a VHS tape of streetball highlights set to a hip hop soundtrack that quickly became a worldwide craze. AND1 was soon hosting games all over the world, and the players were international celebrities. But then, just as quickly as it rose, it all disappeared. Twenty years later, Ben untangles the complicated origins, unlikely rise and untimely demise of the basketball phenomenon he fell in love with as a kid. To learn more about streetball and where it's played, check out our AND1 Guide on Apple Maps here.

Masters of the Gridiron

The Cleveland Browns are the most tortured franchise in sports. They have never won a Super Bowl. But in 1986, in the middle of the season, the players on the team filmed a time travel sorcery movie that prophesied they would do just that— it featured the novelty-singer Tiny Tim, had ninjas and sword fighting, a castle, a shotgun, and even a black bear. Ben searches for answers about why this obscure movie was made and why no one outside Cleveland has ever seen it.

Join host and journalist Ben Baskin on his journey as he takes on some of the biggest questions in sports history— and some you never thought to ask. Every episode of Lost in Sports explores the mysteries of the lost, the forgotten or the disappeared, and undertakes a quest for answers.

© 2020 OwlTail All rights reserved. OwlTail only owns the podcast episode rankings. Copyright of underlying podcast content is owned by the publisher, not OwlTail. Audio is streamed directly from Religion of Sports | PRX servers. Downloads goes directly to publisher.