During 4 Thursdays in June 2011, UCL’s free, public, Lunch Hour Lectures will be uprooted from their usual residence at UCL to go on tour to The British Museum. This summer series of bite-sized Lunch Hour Lectures, featuring introductions by British Museum curators, will discuss 4 topics in bite sized chunks: what archaeology can tell us about climate change; where we are with slowing the spread of HIV; how Greek sculpture has shaped the modern male body; and how we detect forgeries in the art world.

This lecture will discuss Greek sculptures and some of the ways in which their ideal representations of the male body have shaped the twentieth century strong man and the bodybuilder, particularly in terms of their display of power and sexuality. The talk will include the culture of the circus strongman, bodybuilding shows, physique magazines and the post-war craze for Italian sword-and-sandal films starring bodybuilders as ancient heroes.

Professor Robin Clark has used pigment analysis to reveal the secrets of the Lindisfarne Gospels, Gutenberg Bibles, Greek icons, forged papyri and the '36th Vermeer painting'. In this lecture Professor Clark will explain and explore how the technique of Raman spectroscopy has helped in the restoration, conservation and dating of artwork along with the detection of forgeries. This lecture marks 2011 as the International Year of Chemistry. 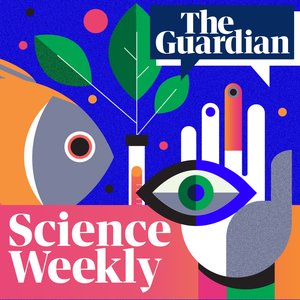 30 years and still counting: slowing the spread of HIV in a complex world - Audio

Nearly 30 years on from the first description of AIDS, there are now over 33 million people estimated to be infected with HIV worldwide. Thanks to new drugs, people with HIV are now living longer and healthier lives. However, less than a third of people who could benefit currently get treatment, and for every 2 people put on treatment, 5 more are becoming infected. This lecture will look at the successes and failures of HIV prevention and explore the social, economic and technical challenges involved in slowing its future spread.

A climate of fear: what the past tells us about human responses to climate change - Audio

Linking in with World Environment Day (5 June), archaeologist Joe Flatman will use a series of objects from the British Museum to explore what the past tells us about human responses to climate change. The barrage of conflicting information about climate change can seem insurmountable - a mass of data on a problem too big for any one person to understand or any one community to manage. Archaeology offers a key to unlocking this problem: ancient objects from around the world provide us with insights into how people in the past dealt with, perceived of, responded to and ultimately prospered in changing climates. Archaeology thus also provides analogies for how modern society can face the 'climate challenge' in the 21st century – and beyond.