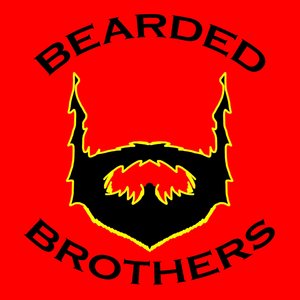 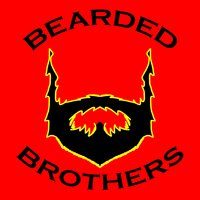 In an action packed TWO HOUR episode (we really tried not to), the Bearded Brothers attack their 10th episode. From discussing the upsetting defeat of the Bruins in the Stanley Cup Finals, to the huge NBA Finals victory for the Toronto Raptors, and making sure everyone knows how important David Ortiz to this city. Also, we got out List of 10s carrying the second hour of the show as we name random topics and rank them in a list that will last forever. And make sure you listen to the very end as their is a blooper from the show you certainly need to hear. PLEASE SUBSCRIBE For more from your beloved Bearded Brothers: Scott - @scott_edwards18 Jack - @sweendog1742 Happy Birthday to Jack as well! Enjoy the Show!!!

If you're missing football and the AAF is shockingly not filling your urge, we got plenty of football for you in this one. As we kick off the show discussing the shocking yet incredible deal by the Cleveland Browns to acquire Superstar WR Odell Beckham Jr. and what this does for Cleveland. As well as discuss the biggest contracts so far in free agency and what we could possibly see in the future of Le'Veon Bell. Enjoy! Please subscribe on iTunes and follow us on Instagram @beardedbrospod, along with both the hosts @scottedwards18 and @sweeney_hut_junior. And a big thank you to our sponsor Anchor for giving us this opportunity week to week. Enjoy the show!

What happens when the Boston Bruins put up a terrible performance in Game 2, the Red Sox continue their terrible bullpen woes, and the Celtics come close to losing their Superstar? The boys trash on all three as they look for answers of how to fix this. Plus, our choosing the next team for Hard Knocks, our top five favorite movies of all time, and asking who is some of the worst Disney characters. All with our friend Darin in his first full episode. Make sure to subscribe as we continue to have a blast doing so. For more from the boys, follow below: Scott - @scott_edwards18 Jack - @sweendog1472

What up fans of our wonderful show? Following the long week of NBA Free Agency magic that has occurred, along with the also eventful NHL Free Agency, the boys are here to talk it all. First, they celebrate the huge victory of the US Women's Soccer Team and why equal pay is something that needs to happen ASAP. Then they discuss the big moves of the NHL Free Agency and how they are feeling. And finally, for an hour long recap, the dissect the NBA Free Agency and the new landscape of the NBA. From talking #KembaToBoston to the new dynamic duo in LA, it is simply one you do not want to miss.  For more from your favorite duo, peep the Twitters: Scott - @scott_edwards18 Jack - @sweendog1472 Enjoy the show!

What is up everyone? It is that time of year again when everyone goes out and makes their bracket just to rip it up after game one. However, the boys are here to try and make sure that does not happen. They go through the ENTIRE bracket, each picking a winner in the end. They also discuss Ichiro's legacy and exit from baseball, as well as predict the Cy Young and MVP awards for both the AL and NL. It is certainly one you do not want to miss.  We would like to thank our sponsor, Anchor, for helping us out week to week.  For more from the boys daily, follow them on Twitter @scott_edwards18 and @sweendog1472 Enjoy the show!

EPISODE 7: BRUINS AND CELTICS PLAYOFF TALK + WHO TAKES THE THRONE

FINALLY, after an extended absence from treating your ears to the beautiful sound of our voice the Bros are back talking all the sports as usual From discussing the Celtics playoffs so far and where we feel they can go,  how the Red Sox are doing and if we believe the bounce back is coming, the Stanley Cup Playoffs so far, Tuukka Rask Praise, if we believe the Bruins have the shot to go all the way, and predicting who takes the Throne in the final episode of Game of Thrones since we are behind and have no idea! Follow both of us on Twitter for daily takes as well: Scott - @scott_edwards18 Jack - @sweendog1472 Enjoy and Subscribe!

What is up everyone? We are back to give you the best podcast you ears can hear on a weekly basis (probably not, but you love us anyways). On this episode, we discuss the legacies Wade and Dirk have left on the NBA, preview the NBA Playoffs now that they are set, discuss the Sox continuous struggles, discuss the NHL Playoffs so far, make some takes that are fresh out of the oven, and even discuss the upcoming season of Game of Thrones. This was it sure to be can't miss. Please make sure to subscribe if you haven't already as well as follow us on Twitter and Instagram Instagram: @beardedbrospod Twitter: @scott_edwards18 + @sweendog1472

This week, the boys are back to discuss the past couple of weeks in sports. They preview the upcoming MLB Season, ask the question of WTF is wrong with the Red Sox, predict the NHL Stanley Cup Finals, Gronk's Retirement, and discuss the demise of the AAF and what it means next year.  Be sure to follow the boys on Twitter for their daily takes on sports and life itself at the following: Scott - @scott_edwards18 Jack - @sweendog1472 And if you have yet to subscribe, what are you waiting for? Get on it.

Lots of NBA talk this week as the boys go off into oblivion discussing different NBA topics. The boys also talk about the Red Sox rise from crap as they begin their surge to being one of the best teams around once again. MLB NL MVP talk already begins as we debate if Christian Yelich or Cody Bellinger is the top choice so far. In a surprise appearance, Darin MacEacheron makes his debut on the Bearded Brothers Pod to talk favorite TV shows of all-time. And finally, Scott asks a question that has been bugging him for days.  Be sure to subscribe in follow the boys on Twitter: Scott - @scott_edwards18 Jack - @sweendog1472 Enjoy the Show!!!

What up listeners? The Bearded ones are back for yet another exciting episode of the Bearded Brothers Pod. This week we discuss both the NHL and NBA awards, the current NBA Rumors surrounding the Celtics and the top free agents, and what is next for the Red Sox.  Also, the Bros discuss their favorite TV Characters of All-Time along with favorite Sports Video Game of All-Time as a part of the Lights, Camera, Pod Question of the Week Segment. Finally, they add four more items to the Special 10 lists that were started in episode 10.  Be sure to subscribe to never miss another episode as we only continue to get better and better.  The Fantasy Show Special will take place in TWO WEEKS! For more from the Bros, be sure to follow them on Twitter: Scott - @scott_edwards18 Jack - @sweendog1472 Enjoy the show!

© 2020 OwlTail All rights reserved. OwlTail only owns the podcast episode rankings. Copyright of underlying podcast content is owned by the publisher, not OwlTail. Audio is streamed directly from Scott Edwards servers. Downloads goes directly to publisher.