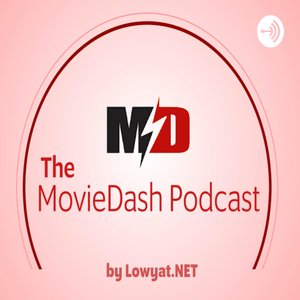 The MovieDash podcast was forged in the scorching fires of Mount Doom for one reason: To share our passion for movies and TV with fellow cinephiles. Yeap, we're weirdos, just like you!We're your brutally honest (and hopefully fun) source of movie/tv reviews as well as discussions surrounding hot topics in the world of cinema. This podcast is brought to you by lowyat.net 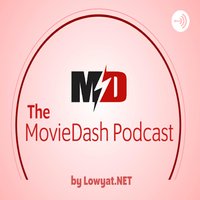 Dashran has a chat with the director of Shadowplay, Tony Pietra Arjuna.  When a private eye takes a case to find a missing university student, he must explore the deep dark depths of his own mind to uncover the truth around his own childhood disappearance as he tracks down the missing girl.

Dashran and Samuel discuss the final chapter of the Skywalker Saga, Star Wars: The Rise of Skywalker directed by JJ Abrams.

What Next After Star Wars: The Rise of Skywalker? | Episode 17

We're less than a week away from Star Wars: The Rise of Skywalker, the culmination of the Skywalker Saga. But what next? Dashran and Samuel fantasy book the Star Wars universe.

It's been 2 years since the release of Justice League but fans are still clamoring for the Snyder Cut? What on earth is the Snyder Cut? Why are a small pocket of vocal fans desperate for it? Samuel and Dashran are equally baffled.

Is the Disney Era the worst era for Star Wars?

Seven years after Disney's acquisition of Lucasfilm, Dashran and Samuel debate whether the House of Mouse has brought about a new hope to the Star Wars universe - or its demise.

Episode 13: Jumanji: The Next Level

Exploring Our Relationship with the Star Wars Prequels

Dashran Yohan and Jin Soh discuss their expectations for the final film in the Skywalker Saga -  Star Wars: The Rise of Skywalker. The film, directed by J.J. Abrams, stars Daisy Ridley, John Boyega and Oscaar Isaac.

© 2020 OwlTail All rights reserved. OwlTail only owns the podcast episode rankings. Copyright of underlying podcast content is owned by the publisher, not OwlTail. Audio is streamed directly from Lowyat Net servers. Downloads goes directly to publisher.