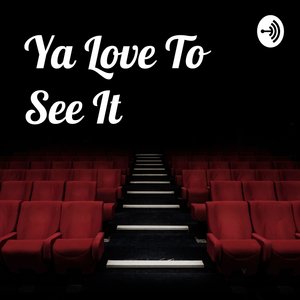 Ya Love To See It

Three friends rate, debate, and investigate the films ya love to see...and hate to see. 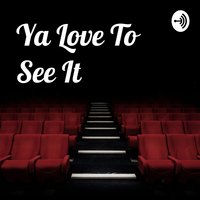 In this episode of Ya Love To See It, the crew reviews the newly released film Nobody.

On this episode of Ya Love To See It, the three friends review the newly released indie film "Shiva Baby." How well does a comedy-horror film about family reunions work? Finally, after a year of craziness Zach. Caleb, and Eric also go through the 2021 Oscar nominations and pick their favorites and possible winner's. You won't want to miss this!

S3E09: The Father and Coen brothers Finale: Inside Llewyn Davis

In this episode of Ya Love To See It, Zach, Caleb, and Eric review the 2021 Oscar nominee for best picture: "The Father." Does this film have any chance of winning its several Oscar nominations? Finally, the three friends review the final scheduled Coen brothers film: "Inside Llewyn Davis." How does the group feel about "Inside Llewyn Davis" compared to the other five reviewed Coen brothers film? Find out on this week's episode!

S3E08: The Mole Agent and Coen brothers #5: The Man Who Wasn't There

In this episode of Ya Love To See It, Zach, Caleb, and Eric review the 2021 Oscar nominee for best documentary: "The Mole Agent." Listen to hear why the group is ultimately disappointed with this entry and how that sparks the conversation on the direction of movies and Hollywood today. Stay till the end to listen to a review on the fifth Coen brothers film: "The Man Who Wasn't There." Where does this rank now that they are reaching the end of the Coen brothers segment? Find out!

In this episode of Ya Love To See It, the three friends review the 2020 release "Tenet" (Christopher Nolan's latest film) and the Coen Brothers fourth release "Barton Fink." Was "Tenet" as disappointing as many claimed it to be? Could it perhaps be an underrated Nolan film? And why did Barton Fink, a film highly reviewed by critics, ultimately not work for Zach, Caleb, and Eric? Find out on this week's episode!

S3E06: Another Round and Coen brothers #3: Miller's Crossing

This week on Ya Love To See It, Zach, Eric, and Caleb discuss the 2020 film "Another Round" and the 3rd Coen brothers movie "Miller's Crossing." With another consensus rating in the books, the three friends give their opinion on the alcohol focus film "Another Round" while also discussing the intriguing--yet confusing nature of "Miller's Crossing." How will this 3rd entry measure up? Find out.

In this episode of Ya Love To See It, the three friends review the newly released film "Minari" starring Steven Yeun and the Coen Brothers second release "Raising Arizona." Will "Minari" live up to the hype and cement itself as an Oscar favorite? And will "Raising Arizona" best "Blood Simple" as the favorite Coen Brothers film yet?

S4E04: Saint Maud and Judas and The Black Messiah

This week on Ya Love To See It, Zach, Eric, and Caleb review two newly released films to continue with 2021 releases. First, the group covers A24's new movie Saint Maud, a religious horror/thriller. Secondly, they review the potential Oscar nominee Judas and The Black Messiah, a film focused on the life and eventual assassination of Fred Hampton, leader of the Black Panthers. How do these films hold up against other releases and potential Oscar nominees? Find out!

Join the group this week as they discuss abstract and Terrence Malick wannabe films. Will the 1974 film "Mirror" hold up over time? Will Netflix's new film "The Dig" push Netflix out of mediocracy? There won't be a lot of agreements, but there will be a lot of debate on this week's episode of Ya Love To See It.

© 2020 OwlTail All rights reserved. OwlTail only owns the podcast episode rankings. Copyright of underlying podcast content is owned by the publisher, not OwlTail. Audio is streamed directly from Zachary Ade servers. Downloads goes directly to publisher.