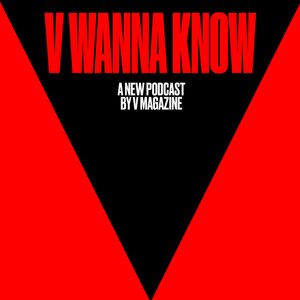 A new podcast from V Magazine. The concept is like the inverse of Masterclass. Instead of famous teachers, we have famous students (the guests) coming on to connect with a specialist in an area of interest. Some of music and fashion's biggest names will join host Mathias Rosenzweig to interview experts on subjects like forensic science, the psychology behind online trolling, alien life, and more. Episodes will be released every other Friday. Produced and edited by Ryan Killian Krause 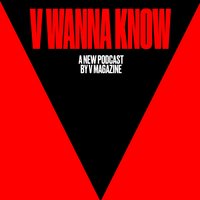 Emma Chamberlain Learns About the Evolution of Media

Award-winning Content Creator and "The funniest person on YouTube" (according to the New York Times) joins host Mathias Rosenzweig and Brown University Professor Lynne Joyrich to discuss the evolution of media over the last several decades. How has the shift to digital media changed how we engage with each other...and with different types of media? And what role do identity markers like race and gender play? Why did Emma delete TikTok off of her phone? We answer your burning questions.  "V Wanna Know" is produced by Ryan Killian Krause.  Don't forget to rate, review and subscribe!

King Princess joined host Mathias Rosenzweig to discuss the reality of extraterrestrial life with Harvard professor and physicist Avi Loeb. What can we make of the government's recent declassification of UFO-related documents? Does this mean aliens exist? Have they visited earth? Will King Princess write a song about them? Listen to find out.

8-time Grammy Winner Finneas joins host Mathias Rosenzweig to talk to author Adam Winkler, a constitutional law professor at UCLA and author of 'Gunfight: The Battle Over the Fight to Bear Arms in America,' to discuss gun legislation in the USA. What does the Second Amendment actually say, and why has America failed to pass any major gun legislation in the midst of mass shooting after mass shooting?

Madison Beer Learns About the History of Psychiatry

World-renowned singer Madison Beer discusses the history of mental health with host Mathias Rosenzweig and Edward Shorter, a doctor and professor of psychiatry. The singer, whose debut album ‘Life Support’ dropped this February, got candid about her own struggles in order to help destigmatize the topic. This episode touches on the history of mental asylums, the misdiagnosis of women's mental health throughout the centuries, and issues with the current state of affairs within the psychiatric field.

Zara Larsson Learns About the History of Contraception

On our third episode, we paired Swedish Pop singer and songwriter Zara Larsson with Dr. Carrie N. Baker, an American lawyer and Professor at Smith College, to discuss the vastly (over)complicated world of contraception. What were some of the earlier forms of contraception? Why is there not a widely-used contraceptive pill for men? Will Zara Larsson grow to enjoy TikTok? Let's find out.  "V Wanna Know" was created and is hosted by Mathias Rosenzweig. The show is produced and edited by Ryan Killian Krause.  This is a V Magazine podcast, powered by Yoox.  (Zara Larsson's latest album Poster Girl is available now)

Marina Learns About the Psychology of Fandom

On our second episode, we paired international Pop superstar Marina with clinical therapist Dr. Donna Rockwell to learn more about the psychology behind fandom and “stanning.” What cerebral activity is going on in our brain when we see an artist that we’re a fan of? Why do some of us lose interest in certain artists while others remain fans throughout their lives? And why do fans sometimes turn on their beloveds?  (Marina's new album "Ancient Dreams in a Modern Land" will be out on June 11th)

On our first episode, Instagram and TikTok fixture Brittany Xavier leans into her true crime obsession by connecting with CeCe Moore, a genetic genealogist who helped develop and pioneer the DNA-based technology that led to the capture of criminals like the Golden State Killer. 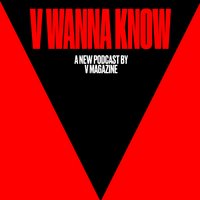 A new podcast from V Magazine.  The concept is like the inverse of Masterclass. Instead of famous teachers, we have famous students (the guests) coming on to connect with a specialist in an area of interest. Some of music and fashion's biggest names will interview experts on subjects like forensic science, the psychology behind online trolling, alien life, and more.  Episodes will be released every other Friday.

© 2020 OwlTail All rights reserved. OwlTail only owns the podcast episode rankings. Copyright of underlying podcast content is owned by the publisher, not OwlTail. Audio is streamed directly from Mathias Rosenzweig servers. Downloads goes directly to publisher.