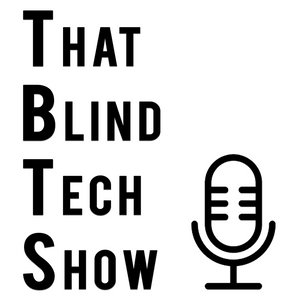 Providing insights and professional opinions on the latest in accessible technology and bringing you the latest news and updates with a Blindness perspective and a hint of humor as well. 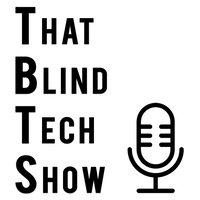 that Blind Tech Show Special: Seeing AI Developers Anirudh and Saqib Talk App Infancy and Money Recognition on the way! With the huge response from the Blindness community the Seeing AI app available in the App Store has spread like wild fire and people are excited about the possibilities coming from the Microsoft Accessibility teams. Bryan Fischler, host of the That Blind Tech Show and Jeff Thompson from Blind Abilities have a conversation with Anirudh Koul and Saqib Shaikh, two developers from the Microsoft Accessibility team working on the Seeing AI app. You will hear about the Hackathon where the seed was planted and how the team uses the users feedback to determine the changes and improvements that have been coming fast and steady. The Seeing AI app is a project and uses artificial intelligence is some of the featured channels. Short Text channel is like taking a glance at your mail. The built in Optical Character Recognition (OCR) picks up the text through the camera and begins reading instantly. The Document Channel does more traditional OCR work and has audio indicators to help assist centering the page content. The Product Channel has an audible signal to assist in location the bar code and the signal speeds up when closing in on the bar code with the iPhone’s camera. The picture is taken automatically and the database is searched and the data is read to the user. Instructions as well as ingredients are also read if available. The Person Channel allows the user to take pictures of individuals and tag them as the facial recognition feature will know and say that person’s name when using the camera and glancing around the area. This is where AI comes in. The Seeing AI app will also describe the person and guess the age. The Scene Beta Channel is a feature that will describe the photo taken such as a bench in a park, or a person walking a dog. Photos can be taken, or imported from the camera roll to have the app describe the image. They say this app in in it’s infancy and there is a lot more to come. One feature coming to the Seeing AI app that was disclosed is a Money Identifier. Yes, this is a Swiss Army Knife of an App. You can follow the Microsoft Accessibility team on Twitter @MSFTEnable The Seeing AI appis only available from the App Store. Thank you for listening! Follow That Blind Tech Show on Twitter @BlindTechShow Send That Blind Tech Show an email That Blind Tech Show is produced in part with Blind Abilities Network. You can follow us on Twitter @BlindAbilities On the web at www.BlindAbilities.com Send us an email Get the Free Blind Abilities Appon the App Store.

© 2020 OwlTail All rights reserved. OwlTail only owns the podcast episode rankings. Copyright of underlying podcast content is owned by the publisher, not OwlTail. Audio is streamed directly from The TBTS Team servers. Downloads goes directly to publisher.