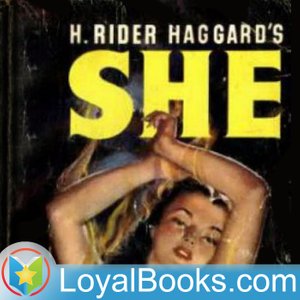 She by H. Rider Haggard

A timeless classic of fantasy literature, She is recognized as the groundwork for the lost world literary sub- genre. First published serially in The Graphic magazine from 1886 to 1887, the novel has reached critical acclaim with approximately 100 million copies sold and is regarded as one of the best-selling books of all time. Exploring themes of imperialism, lost civilization, female authority and psyche, the novel also serves as a mirror to reflect Victorian issues such as gender and race.Written in first person narration, the novel first introduces protagonist Horace Holly when he is visited by a colleague, Vincey, who is convinced that his death is nearing, and continues to tell an unbelievable tale concerning his family’s ancestry. Furthermore, he entrusts Holly with guardianship of his young son Leo, and gives him a mysterious locked iron box, which is not to be opened until Leo reaches the age of 25. Following the man’s death, Holly takes in young Leo and raises him as his very own, fulfilling his final wish. On Leo’s 25th birthday the pair open the inherited iron box in which they discover the ancient “Sherd of Amenartas”, that consequently triggers their journey to exotic Africa. Following the instructions on the potsherd, ape-faced Holly, his handsome ward Leo and their bigot servant Job travel to eastern Africa, where due to shipwreck are forced to continue on blindly through a treacherous and uncharted region of inner Africa. While on the move they are interceded by a group of native savages known as the Amahagger people who then capture them and take them into custody. The captives discover that the savages are ruled by a white queen, who is worshiped as “She-who-must-be-obeyed”, possesses vast knowledge of sorcery and is distinguished by her enchanting beauty. As a result, the group must endure and pass numerous trials in order to accomplish the initial goal of their journey, while simultaneously learning the secrets of the Vincey family.Haggard’s artistic approach throughout the novel, in terms of his language and his level of detail in his description of events, allows readers to relive the unique scenery in their imagination. An enthralling tale of a tenacious trio unearthing an ancient lost world and awakening an ancient fixation, She is the perfect pick for a unique adventure story which as a novel itself has defied the odds of time. 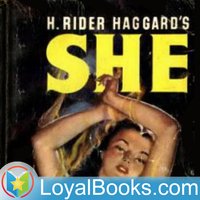 05 – The Head of the Ethiopian