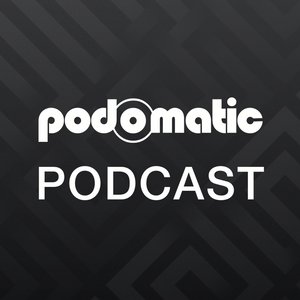 The FBT Gopher sports podcast, with hosts MV (Matt Humbert) and Oleboy. A discussion of all things Maroon &amp; Gold, in a sonically palatable banter form. 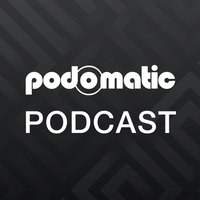 All hail Mankato Jesus! MV and Frothy review and recap the breakout game for #PN9X, the five minute period in which time stood still and we were all peons at Michael Carter's mercy and more from the general dismantling of the Boilermakers. The crew also looks ahead to Denard and the Wolverines, a task that will be slightly more difficult than the Hapless Hopestaches.

MV and Frothy return, and boy, they are full of rage! The FBT duo cut a vein to the unholy trinity of angst and rancor clutching Gopher Nation this week: the expiration of Kill's honeymoon, #BetterDeadtThanRedshirted and the UNC series cancellation hullabaloo. If you're the type of Gopher fan that thrives on irrational behavior and knee jerk reactions in the heat of the moment, only to stubbornly not back down from said opinions after the dust has settled, than this podcast definitely isn't for you. No #SPROTSTAKES here, though Frothy lives up to his namesake late in the program and pushes the podcast into territory where those with delicate sensibilities will be offended by foul language. Again, ragey times.In a nutshell: chill out, Gopher fans. Real analysis-type banter and recap/previews will return next week... unless the PurDON'T game result adds more juice to the anger cauldron.

MV welcomes back special guest Derek Burns to the FBT Podcast for the second year in a row. The former Mason era offensive linemen and captain shares his views on the current season and how Minnesota is faring on the field, relating some of his experiences during a similar rebuilding era to what he sees out of the current bunch. Derek and MV also get into a discussion of current personnel and their "fit" for the Kill program schemes, even disagreeing on the ideal position for a certain key player.

Four and Oh! Four and Oh! The FBT crew assembles to discuss the dominating performance of the Gopher defense in the 17-10 victory over Syracuse and just how real the defense is heading into the Big Ten schedule. The triumvirate also thoroughly evaluate Max Shortell's performance in his first start of the season, plus a collective gnashing of teeth (and keyboards) over special teams mishaps. This being HATEWEEK, a look at how Minnesota will match up against the quite surly and apoplectic Iowa Hawkeyes is also a heavy area of focus. In short, Minnesota's passing defense is BASED, while the Squawks passing offense is...not.

The FBT Cerberus dissects #QBGAZE2K12, which naturally dominates the first half of the podcast much in the same manner the "controversy" has plastered itself across the Twin Cities newspaper sports sections. Frothy, Elliot and MV go on to analyze the strengths and weaknesses of the Gopher defense and what that may fortel going forward, plus good old fashioned schadenfreude at the expense of Wisconsin. Again. The WMU game and looking ahead to Syracuse are interwoven throughout the madness.

Frothy and MV verbally recap the Gophers victory over UNLV in the season opener. Among the topics discussed, the FBT crew handle MarQueis Gray's accuracy issues, the play of the defense, the awful sucking sound that was Rebel football and the things that both encourage and worry us moving forward this 2012 season.

The entire FBT braintrust of MV, Frothy and Elliot get together to discuss the Gophers' season opener against the UNLV Rebels. Being who we are, everything about the game and matchups are metaphorically described using famous Las Vegas movie references, especially levels of Ben Sanderson (Leaving Las Vegas) and copius amounts of Gonzo (Fear and Loathing in Las Vegas). In the cast, Frothy and MV share their armcharm analysis from watching minutes of film on the 2011 Rebel squad, thumbing through the UNLV media guide and making general truisms regarding Bobby Hauck's career to date in Vegas. A general discussion of how the Gophers stack up against the Rebels results, with the requisite caveats and cautiousness that has come to occupy Gopherdom since Brewster left the program in taters.Speaking of Brewster, the faint of heart should be warned at the 1:08:00 mark as Frothy goes VERY frontal on Tim Brewster and his comments to the press after he first arrived in Starkville for his new coaching "gig." This may in fact be the first Rated-R FBT podcast due exclusively to ranting and raving about Basement Brew.As always, tangents, irreverence, a thourgh flogging of cliched takes and general amateurism rule the day. We'd call it our finest work to date for precisely those reasons.Go Gophers and time to descend upon Bat Country, err, Las Vegas!

MV and Frothy do hot hot B1G #SPROTS takes! Our attempt at satire fails miserably when our preparation and drive-by takes on the Big Ten end up sounding exactly like the folks we modestly ridicule. MV, as always, forgets peoples names right when they're on the tip of his tongue and shows the hallmark professional amateurism that is the FBT podcast. In the end, the MO of ripping on Wisconsin and Iowa, plus curmudgeonly thinking every other team in the conference isn't as good as their fall camp hype rules the 'cast. Enjoy your hot B1G #SPROTS!

MV welcomes newest FBT contributor FrothyGopher to the podcast to discuss the first week of fall camp and the general senitment of the Golden Gopher football squad for the 2012 season. Optimism abounds, Gopher fans; August is the best part of the year.

The FBT Podcast lives! MV comes back after a long absense to talk with fellow FBT blogger Elliot Mann on Joel Maturi's emotional retirement announcement, Jerry Kill's 2012 recruiting class, the bizarre Dinero Moss twitter de-commitment story (which somehow leads to a discussion of JoePa's passing) and, as all FBT podcasts should end in the future, pointing out how much Bret Bielema and Wisconsin suck.

© 2020 OwlTail All rights reserved. OwlTail only owns the podcast episode rankings. Copyright of underlying podcast content is owned by the publisher, not OwlTail. Audio is streamed directly from Matt Humbert servers. Downloads goes directly to publisher.