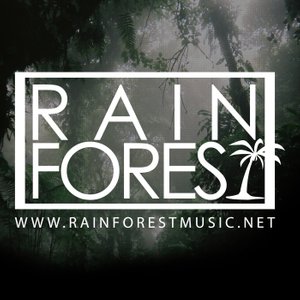 Hello jungle creatures, we are happy to start off the year with one of our favourite Vancouver artists, Iain Howie. He has been in our radar for the past years watching him grow and create amazing soulful and deep music for our ears. His unique style, voice and awesome personality make him a true artist in our book. Heâ??s graced us with an exclusive podcast that has become one of our favourite since we played it for the first time. Featuring some unreleased and released tracks of him in the set, Iain really knows how to tell a beautiful story thru music.From us to you, here is episode 68 to kick of 2020. Enjoy!!

DJ, Producer, Label Owner, and admitted House Music purist Daniel Dubb has risen to prominence through a tireless work ethic and a keen understanding of what has made House Music a constant on dance floors for decades. Through a commitment to quality and a thirst for success Daniel has gone about mastering his craft in the club as well as the studio. His gritty Tech and Deep House records quickly caught the attention of underground label main stays such as Rejected, Saved, 8Bit, Viva, Plastic City, Toolroom, and many more labels who echo his commitment to quality music that works in the club. Itï¿½??s not just the labels that have taken notice of his gritty and infectiously danceable sets and productions. Daniel has caught the ear of a whoï¿½??s who of Underground Dance Music, with the likes of Steve Lawler, Joris voorn, Danny Howells, Nic Fanciulli and Lee Burridge as noted fans of his productions and DJ sets. Having played alongside these legends of their craft Daniel Dubb has shown dance floors all over the world that the universal language of the dance floor is one that he speaks well and with which he can hold a conversation with the best of them. 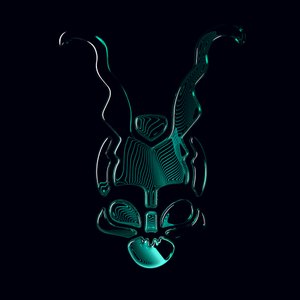 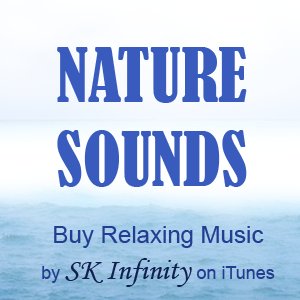 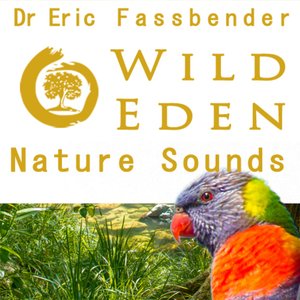 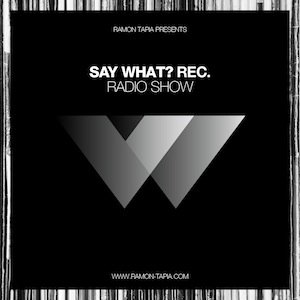 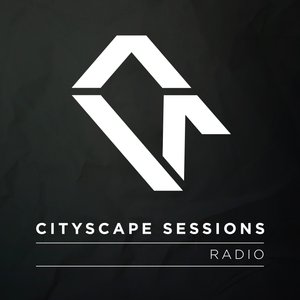 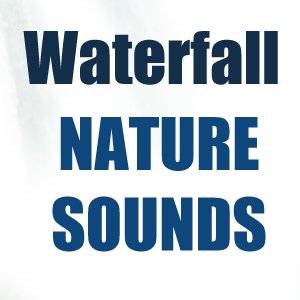 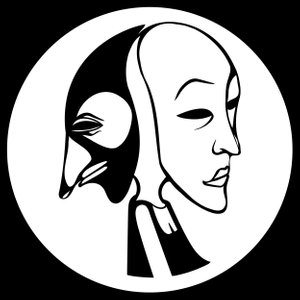 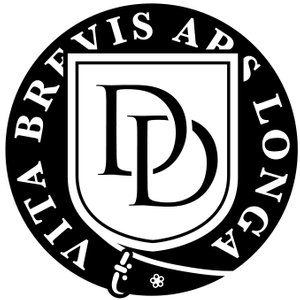 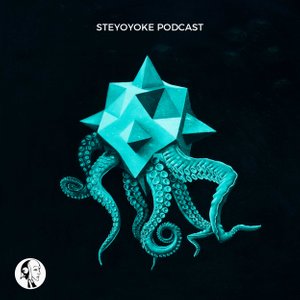 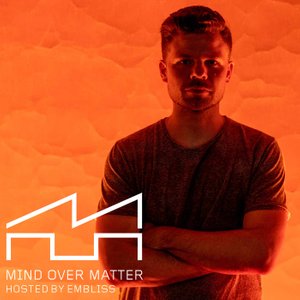 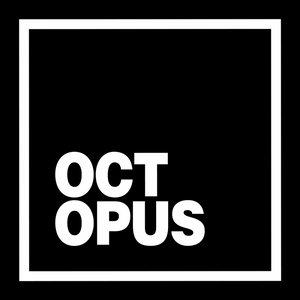 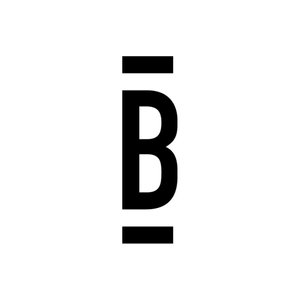 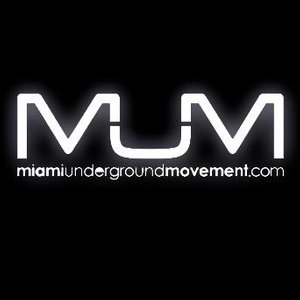 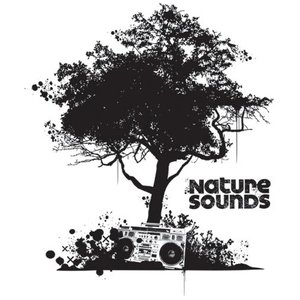 Rising from Oakland, California and now one of house music's elite, Hector Moralez has paid his dues by working tirelessly from the bottom up. In demand at clubs and events throughout the world. Hector Moralez is renowned for his intelligent and soul awakening house music.

Sydney Blu has established herself as one of the top electronic producers and DJs in the world. With an unbridled passion for live performance, music production, and all-around artistic creativity, Sydney has risen herself to the pinnacle of the electronic music industry. A proudly Canadian artist, Sydneyï¿½??s success is largely attributed to her relentless touring schedule which sheï¿½??s upheld for several years. In 2009, Sydney Blu founded her own imprint, Blu Music, on the principle of authentic, dancefloor-rich house and techno. On top of that, Sydney has released music on some of the most recognized labels in the industry including Mau5trap, Toolroom, Kinetika, Material Series, KMS Records, VIVa Music, and more. Her release "Give It Up For Me" on Mau5trap Recordings was one of Beatportï¿½??s highest selling songs, earning Sydney the rank of first female electronic music producer to have a top 10 hit on the platform. This year marked another milestone for the top-selling electronic artist, as she has currently hit Top 20 on the Beatport Tech House chart with her new single ï¿½??Mind Gamesï¿½?? on Hot Since 82ï¿½??s Knee Deep in Sound. The song also was the top-selling track on the labels Amsterdam Dance Event sampler making Sydney shine once again. This year, she released a run of solid releases on Roger Sanchez's Undr the Rdr, Gene Farrisï¿½??s Farris Wheel Recordings, and was remixed by Italian techno heavyweight Pirupa. Looking forward, expect releases from Sydney Blu under Joeski's Maya Recordings and many more.

Niki Sadeki is a DJ, musician, and the host of the monthly podcast series 'Allure' on Frisky Radio. Due in no small part to her popular online mixes, she has steadily gained recognition within the dance music community. With her dedication and untiring perseverance, Niki has managed to put herself on the map as an up and coming DJ and musical artist within a very short time. With music at the forefront, she has been travelling globally and playing in renowned venues in cities such as Berlin, Ibiza, Paris, Beirut, Tunis, Toronto, Montreal, Miami, Los Angeles, San Francisco, Rome, Dubai, and Cairo. With a focus on deep, melodic and ethereal dance music, Niki conveys her expression of life to listeners and engages crowds through her live sets when sheâ??s behind the decks, and through dozens of podcasts and studio mixes. Her sets have been described as musical journeys, charming listeners and at the same time inviting them to dive into their own individual world of sensations.Niki is also the founder of Deep House Vancouver, a platform dedicated to showcasing DJs, musicians from various genres of electronic music through carefully crafted podcasts, premieres and releases. With her collectivist approach to music, she hopes to develop opportunities and expand the platform into a broader community which engages and unifies its listeners through the various sounds it explores.

The debut release from Pattern Drama on Touch Of Class Records got rave reviews from major publishings throughout the underground dance music world. The project, which was born from the minds of Corey Baker and Rami Deejay has only just begun however while Rami has been busy focusing his energy on his other project Bedouin, Corey has taken the reigns.Corey is no stranger to the spotlight when it comes to underground dance music. in 2011 he established and produced for the UK collective Wildkats which had international success on Labels like Hot Creations, Get Physical and Off Recordings amongst others. Corey got the chance to tour the world and play at some of the hottest festivals and top venues through out the UK, Europe, Mexico and North and South America. Fabric (UK), Fusion Festival (Germany), Space (Ibiza), Sankeys (Manchester and Ibiza, BPM (Mexico), Robot Heart (Burning Man) are just a handful of the elite bookings where Baker has graced the decks.New original music and remixes are scheduled for 2016 and 17 on Touch Of Class, Cityfox, Superfreq, Akbal Music, Das Sind Wir, Nite Grooves, Cenote and Get Physical.

Always on the deeper end of electronic music. Philipp Gonzales started his professional dj career in 1997. At the tender age of 19 he became resident dj at one of the most famous German clubs called Mach 1, where he used to play alongside legends like Danny Tenaglia, Kerri Chandler, Dj Sneak and many others. As half peruvian he was always influenced by the latin-american music and grew up listening to the jazz and disco records of his father. A musical heritage that can still be heard in both his productions and his eclectic dj sets. When playing in clubs, Philipp Gonzales's sets range from disco to deep house with a touch of old school techno. His international dj gigs have lead him to Ibiza, New York, Miami, London, Paris, Moscow, Bucharest and many more Philipp lives in Berlin, organises his own party series and has a couple of residencies at different venues.

In his zone from deep house to techno, Ben Annand pairs impeccably smooth mixing skills with a dynamic style that keeps the music moving, often flowing over breakdowns and always spending most of his time in the mix. "For me, a great mix is the interplay of 2 unique pieces of music, creating greater than the sum of the parts - and a great set weaves those mixes into a musical flow you can't help but lose yourself in on the dance floor. Technology changed the game a lot but the goal remains the same." Ben learned to mix in 1996 and just 2 years later became resident dj at the famed Moontribe Gathering, and started his own production company, Tropical. The first half of his career was mostly focused on DJing abroad, leading to 13 trips to Moscow's Propaganda club, travel all over Russia, Spain, and Mexico, an appearance at Wiggle at Fabric in London and two at the Labyrinth Festival in Japan. After marrying his love Jessica in 2009, Ben refocused efforts more locally, and is now one of the top West Coast festival DJs with recent appearances at Oregon Eclipse, Motion Notion (Can), Cascadia (WA), Lightning in a Bottle, Sunset Campout, and Desert Hearts (CA), among others. Celebrating its 20th anniversary this year, Tropical has evolved to 500 person sold-out boat parties in the summer and the legendary Tropical Oasis Retreat which has brought together top artists from the West Coast 6 times in California and most recently, Hawaii. A breath of fresh air in the sometimes ego-dominated dj and party world, Ben has donated over $27,000 to charitable causes through Tropical. In 2018 Ben Annand left his teaching job of 15 years to begin another new chapter of his music career. Now a full- time DJ, Ben has more time and energy than ever to pour into his sets. He is quickly attracting new places to play his music, resulting in his busiest Spring tour to date, and looks forward to an ever brighter future.

Pezzner entered the spotlight in 2008 with his initial offerings signed by the well respected London-based deep house label Freerange. His first release "Other Lover" gathered mass attention by the house music community after appearing on Laurent Garnier's Resident Advisor Podcast (RA. 107) and John Digweed's Transitions Radio show. And so began Pezzner's lustrous dance music career, spinning off some 15 singles, countless remixes and 3 LPï¿½??s with Dirtybird, Get Physical, Crosstown Rebels, Visionquest, Strictly Rhythm and many, many more. Pezzner's work could be said to be serious, with an abstract artistic sensibility, lofty percussive themes and intentions to create hypnotic soundscapes for the body as well as the brain. His 2016 LP 'Title Track' on Get Physical is a 9-track walk-through the footholds of house, techno and ambient with a healthy touch of experimental where it counts. Beatportal wax lyrical how his music "blows like a cool breeze through the stale air of a market crowded with by-the-numbers deep house" and DMC World Magazine note how "Dave Pezzner continues to re-define perceptions with his latest album". 5 Magazine describes Pezzner to produce ï¿½??future classics made for dancefloors in the here and now.ï¿½?? In 2015 Pezzner founded the boutique imprint, ï¿½??Hunt and Gatherï¿½?? with a focus on leftfield percussive rhythms and dance floor rarities. His ï¿½??Native Languageï¿½?? project for Hunt and Gather was listed in Dixonï¿½??s Resident Advisor 500 year-end chart as one of the five most inspirational tracks of 2015.

© 2020 OwlTail All rights reserved. OwlTail only owns the podcast episode rankings. Copyright of underlying podcast content is owned by the publisher, not OwlTail. Audio is streamed directly from Rainforest Music servers. Downloads goes directly to publisher.