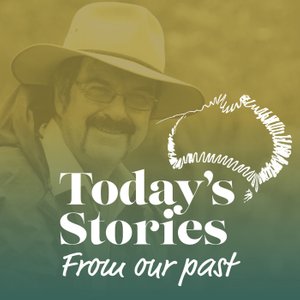 Today's Stories from our Past

A podcast about Australian family stories and social history.Everyone has a story that we want to tell. 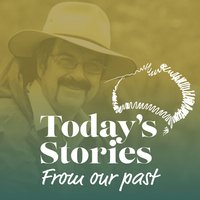 The Mark’s Murders – Telling the Story

Over the past 170 years, the story of the Mark’s Murders has been told to Australians in greatly different ways, depending on the era.  At the time, the murders were recorded in detail in official records.  At that time, all Aboriginal people were known individually by name.  Soon after the murders, a newspaper report falsely claimed that James Mark’s son was roasted alive and eaten by cannibals.  This salacious report was perpetuated for the next 100-plus years during the period when ‘white triumphalism’ was taught in schools.  In the last 40 years, ‘conflict studies’ have told the story from both sides but have been accused of exaggerating the number of Aboriginal deaths.

The Mark's Murders - The Aftermath - The Mark Family

The fate of James Mark after his murderous spree on the McIntyre has never been investigated.  We have found that he initially went to the Dawson River valley where he took up three runs which he subsequently sold at a good profit. He then bought Rosewood near Ipswich in Queensland and later moved to Emu Creek near Armidale in NSW.  Along the way, he had three wives and more children. He was in court frequently and served a month in gaol for assault on one of his daughter-in-law’s family.  Despite constant attendance at court, he was never arrested or tried for the murders in the McIntyre.

The Mark's Murders - The Aftermath

After the murders by James Mark and the subsequent actions by the Native Police, the Bigambul people were never the same.  Many of the warrior men had been killed and they were excluded from their traditional water sources and hunting grounds.  Hunger and disease killed many.  On the other hand, Jonathan and Margaret Young prospered.  After a few more years on the McIntyre, they sold Umbercollie and lived the remainder of their lives in comfort in the Hunter.  John Watts went from stockman to politician. He used the murder of Mark’s son partly as justification of the continuation of the Native Police in Queensland.

Commissioner Bligh was unable to achieve law and order on the McIntyre.  Partly at the instigation of Augustus Morris on Callandoon Station, the Native Police was formed under the command of Frederick Walker (a friend of Morris).  The Native Police were Aboriginal men under the command of European officers. Walker aggressively pursued “ring leaders” and “trouble makers” amongst the Bigambul.  Peace was achieved on the McIntyre but at the cost of many Aboriginal lives.

Following the murders on Umbercollie, Commissioner Bligh visited the site, inspected the body of Bootha and took depositions. He knew who committed the murders and ordered his Border Police constables to arrest the gang. Some were arrested but not James Mark.  After more arrests, the subsequent court case was corrupted and no one was convicted of murder. James Mark was never arrested.

The Mark's Murders - The Murders Continue

Following the attack on Umbercollie, a series of tit-for-tat murders occurred.  Aboriginal women and children were murdered on Callandoon and Canning Creek Stations and then a bullock driver who was removing goods from James Mark’s station was murdered. However, there are some inconsistencies in some murders described in the Wallabadah Manuscript.

The Mark's Murders - The Initial Murders

In mid-1847, James Mark and his family moved to Goodar station, about 45 km north-west of modern-day Goondiwindi. Soon after, the Bigambul murdered James’ son and mutilated his body.  James Mark put a gang of stockman together and they roamed the area attacking local Aboriginal people.  In June 1848, Mark’s gang attacked Aboriginal people on Umbercollie and murdered one woman. More murders followed.

The Mark’s Murders – The Mark Family

John Watts describes how James Mark’s son was murdered and mutilated by the Bigambul, the local Aboriginal people.  Following this, James Mark took revenge and, according to John Watts, he killed an innocent Aboriginal woman.  This episode investigates the early life of James Mark and how James and his family arrived in Australia and moved to the McIntyre.

The Mark’s Murders – The Young Family

Jonathan and Margaret Young lived on Umbercollie, a station near where James Mark’s son was murdered by the Bigambul.  Subsequently, many Aboriginal people were killed on their station.  Margaret kept a journal which, although flawed, is an invaluable record of the murders that occurred between 1847 and 1849.  This episode provides the background to Jonathan and Margaret prior to the first murder.

The Mark's Murders - A Tale of Two Squatters

The Mark’s Murders occurred in 1847-49 around modern-day Goondiwindi and along the McIntyre River.  Squatters first reached the McIntyre in 1837 but many were forced out of the McIntyre due to fierce resistance by the Bigambul people.  This episode describes the different experiences of two early squatters on the McIntyre – Captain Scott and Tinker Campbell.  Their experiences provide context for the subsequent events that unfolded in 1847.

© 2020 OwlTail All rights reserved. OwlTail only owns the podcast episode rankings. Copyright of underlying podcast content is owned by the publisher, not OwlTail. Audio is streamed directly from Greg and Peter servers. Downloads goes directly to publisher.