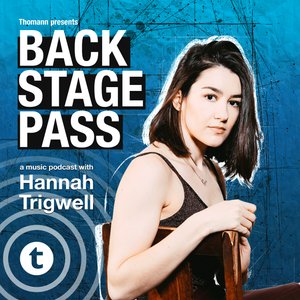 Newcomer or upcoming artist? You've been writing songs? Been busking on the streets? Spent hours in a band practice room? It's time to push your music career to the next level. Join Hannah and meet producers, label managers, independent artists, booking agents, radio hosts and festival organizers to discuss the secrets of the music scene: Are record deals really cool and how do I become famous? 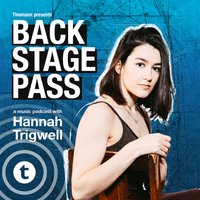 Taking Your own Artist and Press Shots

Photography for MusiciansTommy Reynolds is a highly renowned international photographer based near London, specialising in commercial portraits. Tommy’s recent clientelle has included: Syco Entertainment, The National Lottery, Ben Sherman, Eurovision Song Contest, Universal Music, The Metro, Panasonic &amp; Lecia.“If ever there was a photographer with energy to match the Duracell bunny, then Tommy Reynolds is it, mix that up with a sophistication of styling and an accomplished lighting pro, and you've got the elements of the great image maker.”

Carving Your own Path in Music

Pursuing what You LoveLeslie Gaston-Bird (AMPS, M.P.S.E.) is author of the book "Women in Audio", part of the AES Presents series and published by Focal Press (Routledge). She is a voting member of the Recording Academy. Currently, Leslie is a freelance re-recording mixer and sound editor and owner of Mix Messiah Productions.

Songs and CopyrightsDr. Hayleigh Bosher is an internationally published legal academic, speaker and legal consultant specialising in intellectual property, media and entertainment law. She is a Lecturer in Intellectual Property Law at Brunel University London, Visiting Research Fellow at the Centre for Intellectual Property, Policy and Management, blogger for the specialist IP blog The IPKat, Deputy Editor of the European Trade Mark Reports, and founder of the World IP Women (WIPW) network. She also holds a PhD in Copyright Law from Bournemouth University, under the Vice Chancellor’s Scholarship Award.

For the Love of AnalogLenise is a groundbreaker. She has worked as a recording engineer working on many iconic records including “Aja” by Steely Dan, “Breakfast in America” by Supertramp and “Tusk” by Fleetwood Mac. She was also the first woman to receive a platinum album for engineering on Blondie’s AutoAmerican. Since then Lenise has moved into post-production audio, beginning with creating the foreign music and effects tracks for the entire Disney cartoon catalog, and eventually specializing in recording and editing Foley. She has worked on several films and animated series, such as “Robo Cop,” “Street Sharks,” and “Extreme Ghostbusters.” She has traveled the world for Dreamworks supervising and producing the foreign dialogue and vocals for “Shrek,” “Spirit: Stallion of the Cimarron” and “Shrek 2”. This rekindled her love of recording music, and she is now engineering and producing up and coming musicians as well as seasoned artists. Currently, one of her projects, a blues/rock band called the Primal Kings, is all-analog, recording and mixing to tape and cutting vinyl.

Making Your Own Cover Art

Creating Artwork for Your MusicThe Vian Izak (Vee-on Isaac) project combines music with comic books. His first release, Revolver (2016), has accumulated millions of streams. Being originally from South Africa, Izak incorporates international sounds into his music which can be best heard on Brink of Love (2016) with Grammy winning group Ladysmith Black Mambazo. In 2018 he released his first album Northern Anthems. Nominated for two Independent Music Awards, the album was paired with a 28 page sci-fi comic book. Vian released his second album, The Navigator, in 2019 with another comic story introducing a giant monster and a star-being. Izak collaborated with Juniper Vale on Call the Nightingale which quickly became the most popular song off of the record. In 2020 Vian announced his third album Flight of the Aeronaut to be released in March of 2021. Singles from the album include Sangre de Cristo, with Grammy winning arranger Davide Rossi (Coldplay) along with others.

Making It in the New Music Business

Women in the Music Business | #ChooseToChallenge

Women's Day SpecialInternational Women's Day is a global day celebrating the social, economic, cultural and political achievements of women. The day also marks a call to action for accelerating gender parity. Significant activity is witnessed worldwide as groups come together to celebrate women's achievements or rally for women's equality. International Women’s Day falls on the 8th of March, and it celebrates the achievements of women and women’s equality. This day of celebration was started in 1911 and this year’s theme (110 years later) is ‘choose to challenge’ - the thought behind this is that a challenged world is an alert world.

What Music Publishing is About

Becoming a Music PublisherRhiannon Mair is a producer, engineer and songwriter championed by Music Tech Magazine as one of the ‘UK’s rising stars of production’. She has worked with artists including Martha Hill, Charlotte Clark, Laura Marling, Bryde, Emma McGrath and LUNA with her work receiving national radio playlisting and multiple Spotify New Music Friday placements. Her own company is called "Palm Bay Music". Following her nominations for Breakthrough Engineer and Breakthrough Producer of the year at the 2019 MPG Awards, Rhiannon was voted onto the Board of Directors for the Music Producers Guild and currently stands as an Executive director.

Facts You Need to Know About Merchandising

Selling Your Own MerchandiseJamie Foxy Blair is working for "Awesome Merch", a company which makes custom merch for all kinds of people, produce everything in-house, and ship all over the world. What started in 2005 as two people and a hand-held button maker, is now a 100+ strong team that creates, produces, and ships custom product all over the world. They shipped over 70 million items worldwide over the last 13 years.

New Products &amp; HighlightsThe National Association of Music Merchants, commonly called "NAMM" in reference to the organization's popular NAMM trade shows, is the not-for-profit association that promotes the pleasures and benefits of making music and strengthens the $17 billion global music products industry. The reconfigured 2021 NAMM Show will go on — make that, go online — this week. It will do so with a temporary new name, Believe in Music, and some of the most dramatic changes in the history of the world’s biggest annual trade show for the music, sound and event technology industries. Because of the coronavirus pandemic, NAMM announced last August it was canceling its 2021 show as an in-person event and would instead pivot online. Believe in Music, which runs Monday through Friday, will serve as an interactive community center and marketplace for musical instrument and technology creators and manufacturers to connect with each other, buyers, sellers, musicians, and fans. Going online is not the only first this year for the feisty nonprofit. Its previous shows in Anaheim were exclusively for NAMM members and the public could not buy tickets at any price. Believe in Music, conversely, will open its virtual doors to one and all — and admission for all five days will be free.