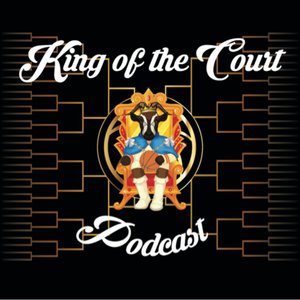 King Of The Court 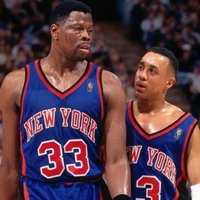 The Return Of The Pick & Roll

Episode 19: We are a man down this week, But don't worry the Dynamic Duo Of Hollywood Hammond and Jtbwood is back!We Discuss the Big Baller Brand issue , and where we think Lonzo should go sign next. Did Lebron return back to the Lakers too early from the Hamstring Injury ? Zion put the backpack on in a masterful performance against UCF will the basketball gods bless the knicks and deliver Zion to NY. Nick Collison gets his number retired in OKC with KD in Attendance. Kemba Scorches the Celtics and Lambs half court game winner against the Raptors. How much would JT give Kemba to come to NY?, Deangelo Russell best player in NY. While the Celtics continue to Struggle does Kyrie appear Unhappy? James Harden Breaks another record ! JT is still mad at KP and Shawn continues his pitch to be picked up Klutch sports. Special shout out to our boy Heartbreak Julio ! please listen to his new album From The Soul , Available on all streaming services https://itunes.apple.com/us/album/from-the-soul/1455576333Check us out on twitter @_KOTCpodcast and on IG _kingofthecourtpodcast

Back In The Bronx

Episode 14: Happy Birthday Michael Jordan! We recap Allstar weekend, Kawhi’s new shoe The Pelicans fire Dell Demps Ben Simmons tough week Are PG and Russ the best one two punch in the NBA? Where does PG rank in the MVP race ? Our Finesse god of the week, this weeks fines and is it time for the lakers to Panic ?

Episode 18: Is it fair to blame the best player on a team for a loss that has nothing to do with them. Zion is back and we debate whether or not his game will make an impact in the NBA. Dream Scenario for the knicks this coming off season, we shout out some records being broken and and history being made. Take your pick Giannis or KD ? Wayne explains. 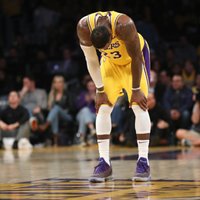 Dawning Of A New Era

Episode 22: Heartbreak Julio is back ! We discuss the first day of the playoffs, Top seeds struggling, Philly fans boo Ben Simmons and Amir Johnson gets fined for using cell phone on the bench. Kyle Lowry Stinks it up and DJ Agustin comes up clutch for the Magic. Steph gonna Steph Warriors cruise by Clippers Despite Durant and Beverly getting ejected. A Recap of this weeks Laker Drama, the debut of “Going Hamm” Shawn is tired of Lebron being blamed for everything. Knicks looking to reverse the curse! rumors of the team sending Knick legend Patrick Ewing to the draft lottery. Kawhi the funniest player in the NBA ? Appears on Serge Ibaka’s How Hungry are you ? We say goodbye to Dirk and Dwade and Heartbreak comes up with an amazing Idea for the rumored mid season tournament.

Melo signs a non guaranteed contract with the blazers Lillards recruit of Melo comes to fruition two years later Returns to Houston Monday night Paul George clipper debut back to back 30 pt games in limited mins Kawhi takes another day off Russ says Pat Beverly tricks us he doesn’t play defense Austin Rivers signs for dad to get a tech Celtics and Lakers out to hot starts Kemba the leader 2nd in 3s made Lebrons dunk on Belicia Hits game winning free throws AD with game saving block Dwight shows his support for KCP on Instagram Knicks front office hold press conference after 21pt loss to Cavs not happy with how team is performing. Questions behind this decision Fiz says nobody bitches about rockets isolation Knicks vs Mavs 2 KP returns to the garden Another warrior down - Damion Lee fractures right hand Steph Curry says he definitely expects to return early spring D Arron fox out Gordon Hayward out 6 weeks Kris Middleton out 3-4 weeks with leg injury Eric Gordon to have surgery on knee will miss 6 weeks Tony Parker gets jersey retired in San Antonio Rookie Recognition

No Love On This Side (NYK Or Nothing)

Episode 12: in this highly anticipated show we discuss the Knicks Mavericks trade. JT and Sharieff kick KP out of New York, KD’s connection to knicks personal, Lebron comes back and then he sits out again. Why we feel the Lakers won’t get Anthony Davis Via trade. We come up with a super team prevention plan, Kyrie Irving’s recent comments regarding free agency. Who we feel got Subbed for Allstar reserves and We shine some light on players getting a second chance and making the most of it.

Episode 13: We discuss the winner of the trade deadline, Is there a new dynasty in the making out east? Our takes on KD and the media ,Who’s leaving or staying in GoldenState. Where do the lakers go from here ? Why AD needs to leave the Pelicans. Lebron the GM, Celtics and Rockets both lose at home after being up by 20+ points. Shout out to Frankie ! 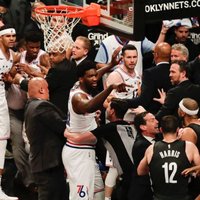 Episode 23: The goat episode! Brooklyn Brawl the 76ers and Nets intense series turned up to new heights. Rockets steal a game in Utah despite hardens early struggles. OKC and Portland predictions. JT got KD covered when he comes to New York. We cover Caron Butler’s new hair. Blake comes back for Detroit Giannis new stat (SAC) steps after contact. Clippers and Warriors Series KD turns it all the way up and reminds us just how good he is, and we continue to discuss Ben Simmons trade possibilities.

Episode 15: Does the rockets recent win over the warriors with out Harden show Chris Paul’s worth ? Future players outta highschool G league or College. Who’s better Dirk or Barkley ? What should Zion moving forward this season. PG or Giannis for MVP, our feelings on the Space Jam 2 news and more. 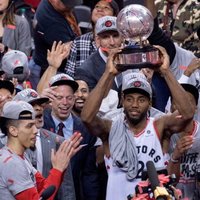 Rise Of The Machine

Episode 26: The Claw claims the throne as new king of the east , what will Giannis need to work on this summer?We get ready for the NBA Finals Raptors VS Warriors. Magic’s first take segment, Lakers hire new coach. Where there’s smoke there’s Ntilikina trade rumors. Did Klay get snubbed from All NBA list. 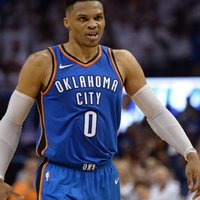 Episode 21: R.I.P. Nipsey Hussle ! We talk about Russell Westbrook’s 20+20+20 game , Kodak black doesn’t know any better. Lonzo Ball looking for new agent, and the Lakers getting Lit on the bench. Paul Pierce says his career was better than Dwade , Zaire is not hearing it ! Someone dropped dime on Nike , and A nba player unnamed likes something unexpected.

Don’t be a Scrooge

Episode 9Isiah Thomas ejected for going into stands to address 76ers fans Bucks beat lakers Giannis 3-0 vs LA’s best Bucks best team in the league Rockets beat the clippers Russ goes off for 40Lou Will &amp; Pat Bev Ejections Do rockets have enough to get the job done this season Harden and Giannis 1st half of the season MVPs For the Eastern and Western Conference DeRozan and Aldridge on the move after this season likely destinations Tito vs Wayne 2Luka Finalizing deal with Jordan Mavs beat 76ers without Luka KP holding it down in Luka absence Mavs sneaky good team 76ers disappointing start to season or do we have too high of expectations for them. Lebron injured ? KG says 2010 Celtics broke lebron and made him leave Cleveland DOC taking shots at Lebron and Lakers load management commentsThe Glove goes off on Kawhi and Load management Lebron passes the glove and is now 9th all time in ast Bronny vs St Vince St Mary Lonzo Ball a bust , Fultz turns career around in Orlando Christmas Day showdown who you got Trae young best PG in the nba right now ? Steph Curry alleged nudes leak James Wiseman signs with Agent prepares for NBADec 15 means it’s trade season Nick Young comes to knicks defense Knicks win against the warriors and hawks Can the knicks defeat December The Knicks coaching quest continues, hires david Blatt as consultant Shawn has come to a positive out look on knicks 2019 free agency JT says when Zion returns they won’t talk about him more than anyone on the Knicks

The Curse Is Real “Strike One”

Episode 25: Draft Lottery results, The Knicks still have something to look forward to with the number 3 pick. Kawhi’s game winner against the 76ers who looks worse after their playoff exits Russ or Kyrie? Warriors Blazers series predictions, Lakers recents moves and more

Episode 17: Lebron Passes Jordan for 4th on the all-time scoring list, Social Media’s effects on today’s game. Dolan don’t play that ! A message to our fans, shout out to some of the top performers of the week. A reminder these are jokes and none of the remarks made will be acted upon and with that said enjoy the show !

It was good while it lasted

© 2020 OwlTail All rights reserved. OwlTail only owns the podcast episode rankings. Copyright of underlying podcast content is owned by the publisher, not OwlTail. Audio is streamed directly from King Of The Court servers. Downloads goes directly to publisher.