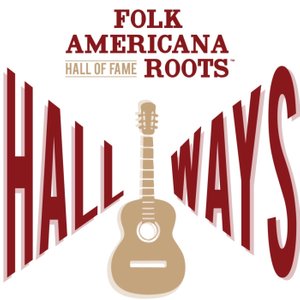 Hallways is the official podcast of the Folk Americana Roots Hall of Fame, located at The Boch Center in Boston, MA.A production of Above The Basement - Boston Music and Conversation, hosts Chuck Clough and Ronnie Hirschberg will to bring you artists from all over the world through conversation and live performance. We will lead you down each musical hallway to experience The Hall and the music it celebrates wherever you are. This is your Hall of Fame, and the doors of The Hall are always open. 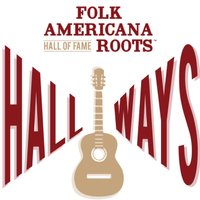 In January 2020, the Folk Americana Roots Hall of Fame journeyed to New Orleans for the annual Folk Alliance  International Conference. The meeting brought together the artists and supporters who keep storytelling alive and well, and it is a unique opportunity for all musicians of different generations and styles to listen, perform and learn. Over the next 3 months, the Hallways team will bring the meeting to you through music and conversation… starting with Executive Director of the FAI, Aengus Finnan. Since 2014, Aengus has led the Alliance, and he happens to be the first non-American Director – A Dublin-born, Canadian-raised artist and humanitarian. Aengus knows first hand the touring life of a folk musician, and has recorded three of his own albums, including award winning songs. He has produced highly successful music festivals, and as an administrator of the arts, he has seen the importance of musical culture and community. As a musical anthropologist of sorts, Aengus teaches us all about the music of “Americana before America” and that we cannot lose sight of our roots of Folk. We were honored to get to know Mr. Finnan and have a conversation about where the Folk Alliance has been and where it is heading. We talk about the voice of the Indigenous artist that cannot be forgotten, and should be celebrated, and the responsibility we have to care for ourselves and others, and a planet that allows us to keep sharing the story, from one generation to the next.Hallways is created in Partnership with the Boch Center and Above The Basement – Boston Music and Conversation. www.folkamericanarootshalloffame.orgwww.abovethebasement.comhttps://www.folk.org

We first met Chuck at the Wang Theater at an event for all the board members of the Folk Americana Roots Hall of Fame.  But Chuck’s story starts much earlier than that.  Growing up in Dubuque Iowa, Chuck started playing guitar at a young age and never looked back. In 1963 while living in DC, Chuck was hit hard by the arrival of The Beatles.  When he finally arrived in Boston he formed the influential country group Wheatstraw.  Their two albums Last Straw and Follow the Music, drew critical praise from Rolling Stone, the Village Voice, the New York Times, Billboard, Variety and others.Later moving to Los Angeles, Chuck met The Kingston Trios John Stewart, and began a friendship and musical collaboration that continued throughout John’s life.  Over the last few decades, Chuck has devoted himself to energy and environmental policy issues, working in government and the private sector, but he never turned away from music.In 2015 Chuck was an inductee into the Massachusetts Country Music Hall of Fame and in 2017, Chuck released his album Gin &amp; Rosewater.We met Chuck just before a performance at the legendary Club Passim in Harvard Square to talk Wheatstraw, his collaboration with John Stewart, songwriting, and last but not least the importance of have a Folk Amerciana Roots Hall of Fame in Boston.

Ronnie ran into a few of the fine folks of the wonderful band The Mammals at this years' Folk Alliance International – back in the days when we were able to sit across from one another and talk about music.    Those days will return once again soon enough, but in the meantime, Lets listen to Ronnie talk to founding members Ruth Ungar and Mike Merenda.   Their website says they are a warm-blooded party band with a conscience, equally inspired by their folk predecessors and Americana peers, which fits right on with our mission at the Folk Americana Roots Hall of Fame.

When you meet Joey Ryan and Kenneth Pattengale, it’s clear that the energy in the room just dialed up a notch -And this is not just about the Americana award-winning and Grammy-nominated duo’s unique yet classic sound, it’s their collective personality. Joey and Kenneth are the Milk Carton Kids out of California.You may have seen them on the big screen as part of Inside Llewyn Davis, along with colleagues and mentors Joan Baez, Jack White, Marcus Mumford, and The Punch Brothers. Or perhaps you’ve seen them on tour with the Lumineers or Old Crow Medicine Show.Joey and Kenneth complement each other in harmony, instrumentation and personality. They finish each other’s sentences and can banter like brothers who knew each other long before forming this duo that may remind you of a 21st century Simon and Garfunkel.We sat with the MCK along with CEO of the Boch Center Joe Spaulding for a chat at the Cabot theater north of Boston and were privileged to sit back during a sound check that filled the theater with crisp guitar picking and vibrant vocal harmonies.

It’s hard to know where to start when talking about our next great artist. And it wasn’t a surprise to Hallways when Joe Spaulding asked Kevin Roosevelt Moore, Aka Keb’ Mo’, to be an honorary Chair at the FARHOF.Over 25 years, Keb’ Mo’ has collected 5 GRAMMY Awards for his Blues-meets-Americana Signature sound. If you haven’t had the pleasure to hear his work in action, just picture a musical cross between the legendary blues of Robert Johnson and infectious groove of Jack JohnsonKeb’ Mo’ will connect with you at his show, or even on film. He’s collaborated with some of the most talented and respected artists and directors of our time. And when President Obama invites you to perform at “A celebration of American creativity” at the White House along with the likes of Buddy Guy, James Taylor, Usher, Carol Burnett and Esperanza Spalding... you’re in pretty good company.We sat with Mr. Moore at Berklee School of Music and talked about putting musicians into musical buckets, collaborative writing and how women need to be in charge.  We look forward to having our honorary Chair, GRAMMY winning, Blues-Americana guest Keb’ Mo’ join us someday at the FARHOF / Boch Center, and we hope you enjoy this conversation as much as we did.