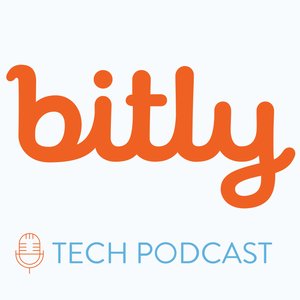 A weekly conversation about life as tech folk building product. Join us each week for conversations with the Bitly tech team and friends about topics ranging from the soft and fuzzy to the latest shiny new tech.

Mark Josephson Bitly's CEO and Sean talk about focus, management, and the nitty gritty aspects of running a company.

This week Jean Louise, a Director of Customer Success at Bitly, and Sean talk about the challenges of becoming a manager and what it's like to be the main interface between customers and engineering.

Kyle and Sean talk about the path from academia to industry, life in Bitly Denver, and the strange new world of deep links.Editorial Note:  This episode was recorded back in October, apologies for the late publishing.

via GiphyKatie, Dan, and Sean talk about the shiny new Bitly HQ and the crazy adventurethat lead us here.Links for this week: BTP Episode 1 w/ Dan Vern! Atlantic Metro - Fantastic providers who helped us have internet Awesome Custom Desk Folks Bitly Blog on A/V in the new office

via GiphyTravis and Sean talk about the UX design process as well as the challenges of designing for data.Links for topics discussed: Quri EasyShift TaskRabbit TRUSTe #shameless_plugs NYC Python Office Hours Last chance to visit the current Bitly HQ If you'd like to help others find the podcast please rate and subscribe on iTunes

via GiphySam and Sean talk about what exactly product marketing is and what it's like to work in a position that touches many different teams across the company.Links for topics discussed this week: No links for this week! #shameless_plugs Michael, Tanvir, and Oliver will be at GopherCon this week. If you're in Denver, CO, say hi! Georgi is teaching a tutorial at OSCON Please rate and review on iTunes to help new people find the podcast.

via GiphyJustin of BetterDiff and Sean talk about the challenges and benefits of building a product on your own vs building as part of a larger team.Links for topics discussed this week: Open Source Bridge The Dream of the 90s is alive in Portland HUGE Sprintly BetterDiff Product People Club NYU Poly Inclubator Record &amp; Release Marketo Customer.io Bitly Tech Podcast Featuring Georgi #shameless_plugs Georgi is teaching a tutorial at OSCON

© 2020 OwlTail All rights reserved. OwlTail only owns the podcast episode rankings. Copyright of underlying podcast content is owned by the publisher, not OwlTail. Audio is streamed directly from Bitly servers. Downloads goes directly to publisher.