PREORDER66@TFCON2013 - PART4. FIN. One more gathering in the Jack Sack Suite, this time with an annual visit by...Steve-O? The crew discuss their purchases at the con. Sort of. Maybe somewhere in there. Canada, you're handsome. Never Gonna Give You Up.

PREORDER66@TFCON2013 - PART3. The hosts pile into the Jack Sack Suite to cover the 1st official day of the convention...and soon derail the train. Again and again. Ichab0d sings? The Jack Sack takes on Canada. The Caravan of Courage. And 3rd Party Robits? Maybe? 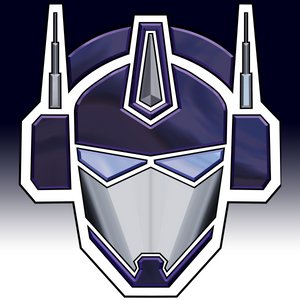 After EP56, PREORDER66 had to change. The new direction begins here. This is 57.

Tonight, on a VERY SPECIAL episode of Preorder66: This is the true story of five brothers picked to record together, share a hobby and have their thoughts taped...to find out what happens when people stop being polite and start getting real...THE REAL 66.

The five stages of EP57: Rage. Regret. Reschedule. Rerecord. Rebirth. REORDER66, START. Not ones to be defeated by terrible circumstances, the 66ers return for a second crack at a game-changing episode...but mostly just deliver bad Wahlberg impersonations.

BONE SAW IS READYYY. Are you? Hot Toys puts the Calories in Kal-El. Arcadia gives Macross internet know-it-alls the bird. Who will Bee your new favorite Masterpiece Transformer? Get down to the soothing sounds of A$$ Pain. Heh, PUGsuits.

After a trip full of trials and tribulations, and despite faulty equipment, the 66 crew gather in the Jack Sack Suite for a much-needed laugh during the ...challenged... TFCON 2014. HEYY GUYYYS, it's CheersIan time! CANADA recap, go!

GET OUT THE TRES LECHES - it's another PO66 Anniversary Special! Aiming to misbehave, the crew boldly go where no GERMAN BIRD has gone before. Can Godzilla's mission to restore family values change the podcast forever? Or will a NEW kaiju rise?

The first rule of EP17: You do not talk about EP16. The crew reunite to tackle Agent Schmidt, Designer Greek Gods, Macross Flashbacks, Samurai Pizza Cats and...Ohhhh. Did the Jack Sack REALLY go there? ALSO: 2011 YEAR IN REVIEW. FULL LENGTH.

This episode is NO JOKE, okay? The tahpics go from Japanese Vaders to Dream 6inchers to Raccoons and even some Shakespeare. Are you complaining about Shakespeare? What? No! Jacky Jack Nicholson is here to bring the Shat, baby.

Welcome to the NEW 52! PREORDER66 undergoes a soft reboot, entering in a new continuity in which the hosts actually check their inboxes. What could this mean? Cat photos. Cat photos everywhere. YOU ASKED FOR IT.

ACHTUNG! Preorder66 is compromised. BARON VON TAINT and his LEGION are exposed at last. New 66 characters! New 66 fiction! New tangents! New levels of stupidity! Watch Cap 2 before this, or you may spill KANTWURST on your new car. Yo Jobra! HAIL HYMEN!

PREORDER66@TFCON2013 - PART1. The crew of the USS BROMETHEUS-D land in Canada. And then Crasis has a birthday. And a lot of booze. This is what happens when demented people record completely drunk and sing karaoke. Living the dream. O Canada. NO REGRETS. MAYBE.

The holidays are here, and Jacky Jack brings the cheer. Those 66 rascals tell tales of Bryce Boner and don't really care about Chitauri Warriors. There's Malibu Tony with a new hat! And Hoth Luke - if you can call him that. Ichabod zings! Chogo Ken sings! Merry XXXmas.

A lost cast member finds his way home (and his "H"), but the rest of his story is highly classified. Crasis embraces his Hulk Buddy at last. General Zod finds the Kotex. Dyson Story Time. SUPER DUCK HAMBURG UNCLE JOKER - I WILL FIND HIM. MYAAAHHHH!

SEASON 3 - START! The podcast is NU again and Deefuzz is smooth like chocolate hazelnut spread. Hot Toys shows off some Thorskin. Sideshow goes Overboard. Play Imaginative drops Jaeger Bombs. Crasis is KOI with some big news. HOW do you pronounce this?

© 2020 OwlTail All rights reserved. OwlTail only owns the podcast episode rankings. Copyright of underlying podcast content is owned by the publisher, not OwlTail. Audio is streamed directly from Preorder66 servers. Downloads goes directly to publisher.