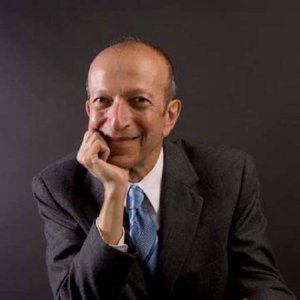 In this biweekly talk radio series from KPCA 103.3 Petaluma, Rabbi Ted Feldman of B'nai Israel Jewish Center discusses topics relevant to the Petaluma and greater Bay Area community and engages in conversations with other community leaders. From human rights to ecology to religion and spirituality, Talking with Rabbi Ted contains timely and insightful discussions that will edify and broaden listeners' horizons. 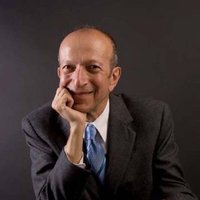 n the first segment, she’s a community organizer, whose passion is to serve our community’s most vulnerable. Meet Donna Waldman, Director and Co-founder of the Jewish Community Free Clinic in Santa Rosa. Her clinic operates 25 hours a week, and is manned by a dedicated workforce of doctors, nurses, translators and other staffers, who readily volunteer their time caring for those in need. Donna’s dedication is based on one critical principle: health care is not a privilege — it’s a human right. In the second segment, she was Born in Perth, Australia, and became a naturalized citizen in 2009. Meet Angela Emerick, Immigration Attorney — spirited fighter for the downtrodden, specifically those struggling to become United States citizens. For Angela the work she does is more than a job — it’s a labor of love.

Affordable Housing – a hot topic issue here in Petaluma. But can you define it? In the first segment, Ali Gaylord, Regional Director of MidPen Housing, says she can, and offers some number crunching to explain why her Foster City non-profit chose Petaluma, and how she believes MidPen can build 40 much needed rental apartments in the heart of our city. In the second segment, meet Clint Gilbert, President of the Board of the Petaluma Historical Library and Museum, who is passionate about Petaluma’s past, present and even its future. Hear why he calls our museum it a living, breathing library, where “History isn’t meant to be locked away in dusty books. It’s meant to be experienced.”

In the first segment, she has worked for some of the most prestigious media agencies, including television, newspaper, and electronic news. Now News Editor for the Petaluma Argus-Courier, hear from Kathryn Palmer, who has a passion for both copy and humanitarian relief. Last year, this newsmaker volunteered for Anti-Trafficking H.O.P.E, assisting survivors of both labor and sex trafficking. Why? Tune in and find out. Then, meet Leonard Thompson, Fire Chief for the City of Petaluma and the Rancho Adobe Fire Protection District, who, before moving to the North Bay, spent 35-years with the Los Angeles Fire Department. He is best known for navigating through the complexities of emergency services—spending nearly 40 years fighting to keep fire stations afloat.

Without Diversity There is No Unity

Did you know that out of the approximately 1,132 community colleges in the United States, Santa Rosa Junior College was named one of the nation’s “Top 50 Community Colleges for Hispanics?” Did you know that this junior college has initiated a new student housing development to provide affordable housing on for approximately 360 students? Did you know that the man behind much of SRJC’s success once served as Special Assistant to Willie Brown, Speaker of the California Assembly, where he helped create legislation in higher education, mental health, small and minority business affairs and local government? Meet Dr. Frank Chong, and find out why he has made it his mission to make education accessible and feasible for all.

In the first segment, no job is too great, too abstract or out of reach for Elece Hempel. In fact, the more challenging, the better. From operating her own kiln to raise money for a cause, to working one on one with those in need. Is there anything she cannot do? A pathfinder, to be sure. Hear how she does it, and why. Speaking of pioneers, in the second segment, meet co-owner of Redwood Gymnastics, Eric Van der Meer. Find out how this native of the Netherlands landed in the North Bay, and built a gold medal empire in Petaluma.

This week on KPCA’s Talking with Rabbi Ted, Recording Artist Jim Stern takes the mic for a special show, “Hindsight is Always 2020.” In the first segment, Jim starts out the new year on a high note with CEO of Second Octave Entertainment, Morty Wiggins, for what promises to be an intellectual jam session you won’t want to miss. In the second segment, you might remember her as Petaluma’s former Mayor, but there’s nothing former about Pam Torliatt. Hear her thoughts on Petaluma’s past, present, and future.

In the first segment, it’s not quite a year old, and yet this grass roots team, spearheaded by 17 women, has made an indelible mark on its advocacy for inclusivity, diversity and equity in our community. Two representatives from TIDE, Sarah Seitchik and Paige Greene, sit down with Rabbi Ted to talk about milestones made in Petaluma City Schools. In the second segment, sudden life changes. Meet Andrea Rodgers—born and raised in Petaluma, and second-generation Director of Parent-Sorensen Mortuary. She talks about her passion for people to explain how, for nearly 30 years, she has made it her mission to comfort and console all in their most time of need.

In the first half hour, meet Kayleen Asbo. She holds four advanced degrees in mythology, psychology and music. She is a professor, lecturer, pianist and composer, who applies music, art and literature to illuminate and inspire. Find out why this artist and scholar has been described as a cross between Joseph Campbell, Leonard Bernstein and Wonder Woman. In the second segment, he’s been a jazz pianist, clinical psychologist, commercial real estate developer and now connoisseur of chocolate. Meet Randal Collen, who, after a lengthy string of occupations, now occupies his time solely on the legendary superfood. Hear how he successfully blended a dash of the past with a pinch of the present to craft a sweet and lucrative career.

He almost died, not once, but twice—both times, not only finding the strength to recover, but recognizing his purpose, and moving forward. Meet Stephan Weiss, father, husband, physician, psychotherapist, poet, and now photographer—on a mystical journey that has taken him to just about every corner of our state. Packed with only a lens and a pen, he centers on chance meetings with strangers, with one aim—to capture and celebrate their essence. Hear why he believes, “All lives are a sacred practice. Everyone has a story with meaning. Everyone has something to teach.”

In the first segment, hear from writer, editor and photographer, Michael Shapiro, who talks about his latest book, The Creative Spark, and his extraordinary interviews with more than 30 celebrities⁠—among them, Smokey Robinson, Lucinda Williams, Francis Ford Coppola, Melissa Etheridge and Jake Shimabukuro. In the second segment, Petaluma’s very own Vasanti Jayaswal⁠—acclaimed author and spiritual leader who shares her unique understanding of the presence of the feminine divine principle.