“You can always change. You just gotta be willing to.” Australian player and backer Dean Bogan tells his story of near-death experience and redemption. jwplayer("video-DeanBogan").setup({ icons: "true", autostart: "false", stretching: "fill", controlbar: "bottom", skin: "http://quadjacks.com/wp-content/themes/supermassive/lib/scripts/mediaplayer/fs39/fs39.xml", height: 46, width: 470, screencolor: "000000", modes: [ {type: "flash", src: "http://quadjacks.com/wp-content/themes/supermassive/lib/scripts/mediaplayer/player.swf", config: {file: "http://www.quadjacks.com/wp-content/uploads/mental-game-dean-bogan.mp3"}}, {type: "html5", config: {file: "http://www.quadjacks.com/wp-content/uploads/mental-game-dean-bogan.mp3", file: "", file: ""}} ], plugins: {} }); Right click save as to download Subscribe in a readerSubscribe with itunes Subscribe to QuadJacks » The Mental Game by Email If you spend a decent amount of time on 2+2 or QuadJacks even, chances are you’re familiar with Dean Bogan, his sense of humor, his coaching and staking advice, and his occasionally unintelligible (to North Americans) Australian accent. All in all, however, you know Bogan to be a fun guy. What you may not know is that life wasn’t always this fun for Bogan. Having been brought up in the western suburbs of Melbourne, “one of the toughest areas in Australia,” Bogan spent most of his young adult life struggling with drugs, addiction, and worst of all, clinical depression. At the age of 21, Bogan tried to end his own life. He was rescued by the intervention and support of the people closest to him, but their help alone could not have saved Dean if it hadn’t been for the assistance by the Orygen Youth Health organization in Australia, which assists troubled kids and researches the cause of mental illness in youth. Today, Bogan is a happy father, soon to be married, and the head of a large and very successful online poker stable, but he has never forgotten to whom he owes his new life. After leaving rehab, Bogan has dedicated his own time to helping troubled youths and Orygen. On Monday, November 12, Bogan will take part in a fundraiser meant to raise awareness for mental health issues and Orygen further. Bogan has committed to multi-tabling online poker for 24 hours straight, while drinking beer and taking prop bets from friends. It ought to be quite a spectacle. QuadJacks will transmit a live stream of this feat. (Details upcoming.) Speaking to Jared Tendler on The Mental Game, Bogan shows a side unfamiliar to most of those who know of him. He recounts his dark experiences with clinical depression and suicide, how he came out of the nightmare, and what he’s been trying to do to help himself and those around him since, in poker and in life. More information about Dean Bogan’s 24-hour mental health challenge can be found on this thread. QuadJacks – Friday, November 9, 2012

Hurricane Jeff Romano openly shares his past issues with degenerate gambling and the heavy losses that followed, plus how online poker had made him an anti-social shut-in. jwplayer("video-JeffRomano").setup({ icons: "true", autostart: "false", stretching: "fill", controlbar: "bottom", skin: "http://quadjacks.com/wp-content/themes/supermassive/lib/scripts/mediaplayer/fs39/fs39.xml", height: 46, width: 470, screencolor: "000000", modes: [ {type: "flash", src: "http://quadjacks.com/wp-content/themes/supermassive/lib/scripts/mediaplayer/player.swf", config: {file: "http://www.quadjacks.com/wp-content/uploads/mental-game-jeff-romano.mp3"}}, {type: "html5", config: {file: "http://www.quadjacks.com/wp-content/uploads/mental-game-jeff-romano.mp3", file: "", file: ""}} ], plugins: {} }); Right click save as to download Subscribe in a readerSubscribe with itunes Subscribe to QuadJacks » The Mental Game by Email Hailing from Boston, Massachusetts, and one of the remaining American online pros to still grind in his native country after Black Friday, Jeff Romano is no stranger to QuadJacks, with all of his WCOOP commentary, but this is the first time he appears on The Mental Game with Jared Tendler. Romano has recently begun writing his own blog – Above the Mean – which he updates almost daily with reflections on both poker and non-poker related issues. In some of these entries, Romano has candidly revealed past struggles that were until now unknown to most of his followers. During the conversation, Romano tells Jared about how grinding online for so many hours and in such isolation had at one point turned him into a complete shut-in, both physically and even mentally. Romano has also struggled with severe gambling problems, from rabid sports betting to high-limit casino games, all of which eventually threatened to destroy his bankroll, and his life. Prior to tackling these heavy subjects, Romano and Jared chat a bit about what they thought of the 2012 WSOP Main Event that played out to the end this week. Greg Merson’s tilt-free stoicism is referenced and praised. QuadJacks - Friday, November 2, 2012 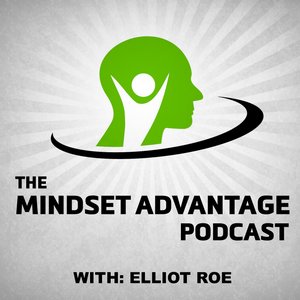 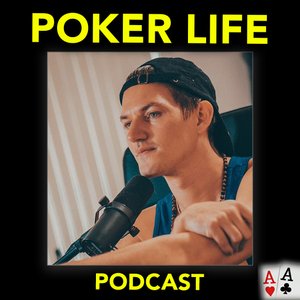 The Poker Life and HSPLO Podcasts 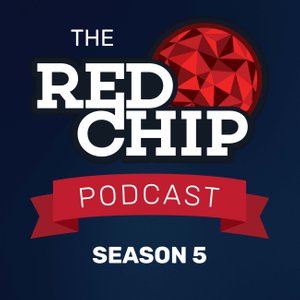 Posted by jared tendler on October 25, 2012 with Jared welcomes professional poker player and blogger Olivier Busquet. Busquet delves into issues of tilt control, something he struggled with severely in the beginning of his poker career. Fundamental distinctions are made between the success in live poker and success in online poker. Busquet then shares how he feels about intuition and meditation. Right click save as to download Subscribe in a readerSubscribe with itunes Subscribe to QuadJacks » The Mental Game by Email

“I couldn’t pretend anymore.” Listen to Ryan Eriquezzo tell his tale of suffering and redemption throughout a poker career marked by highs and lows. jwplayer("video-ryaneriquezzo").setup({ icons: "true", autostart: "false", stretching: "fill", controlbar: "bottom", skin: "http://quadjacks.com/wp-content/themes/supermassive/lib/scripts/mediaplayer/fs39/fs39.xml", height: 46, width: 470, screencolor: "000000", modes: [ {type: "flash", src: "http://quadjacks.com/wp-content/themes/supermassive/lib/scripts/mediaplayer/player.swf", config: {file: "http://www.quadjacks.com/wp-content/uploads/ryan-eriquezzo.mp3"}}, {type: "html5", config: {file: "http://www.quadjacks.com/wp-content/uploads/ryan-eriquezzo.mp3", file: "", file: ""}} ], plugins: {} });Right click save as to download Subscribe in a readerSubscribe with itunes Subscribe to QuadJacks » The Mental Game by Email The Mental Game with Jared Tendler returned to the QuadJacks Network on Wednesday, October 17, 2012, with special guest Ryan Eriquezzo. (WATCH: Ryan Eriquezzo joins Sorel Mizzi, Dani Stern and Ryan LaPlante for 2012 WCOOP Main Event final table commentary.) Originally from Danbury, Connecticut, 28-year-old Eriquezzo came under serious fire in July during the 2012 WSOP, after his ex-girlfriend Amanda Musumeci outed him on Twitter for having struck her. Two months later, Eriquezzo famously atoned by posting a starkly honest and personal blog detailing in great depth his relationship with Musumeci, his demons with drugs and alcohol, and his ultimate road to recovery and redemption. (Ryan Eriquezzo’s blog can be found at ryaneriquezzo.blogspot.com.) He talks to Jared about how he first got into poker, “in a very, very minus EV way.” Eriquezzo began playing in college, losing much more than he won. At one point, he used his very last $3,000 to buy into a Foxwoods 3k buy-in event, something he looks back upon as being enormously foolish, regardless of the fact he went on to get third in it for a $30,000 score. He used part of this new bankroll to buy into another event he admits he shouldn’t have, a 2k prelim, and chopped that one for $50,000. This incredible run of beginner’s luck would be encouraging by any standard, but Eriquezzo says it went nowhere. “In the midst of all this, I’m using drugs and alcohol and exhibiting horrendous bankroll management skills,” he tells Jared on The Mental Game. “I was broke several times, four times I think between 2008 and 2012.” It got so bad that he was ready to quit poker altogether. He had no idea what he was going to do next, but he knew he did not enjoy playing poker anymore. A WSOP Circuit event at Caesars Palace Atlantic City in March was going to be his last tournament. He went on to win it, and thus qualified for the WSOP National Championship. Even this score could not put Eriquezzo on the proper track. “Poker enables us to kind of live in an immature and unaccountable manner, if we want it to.” During this time, Eriquezzo met and began dating fellow poker professional Amanda Musumeci. It was a turbulent relationship to say the least, and it was what would ultimately lead Eriquezzo to hit bottom. “What really did it for me was finally meeting Amanda. Treating her in the manner that I treated her for eight months because of my own mental struggles, and then losing her as a result was really the first serious consequence of my behavior that I had in a long, long time.” Eriquezzo describes the lead-up to the violent confrontation with Musumeci, which took place on July 4. “She said something to me. I think it was along the lines of, you know what Ryan, I’m done giving you chances. I can’t deal with you anymore.” What happened next, Eriquezzo says, was “really awful.” “It is something that is so appalling to me, and something that I have such strong feelings against, I just couldn’t even believe it.” Despite this, Eriquezzo admits that instead of dealing with what he had done, he opted to go into a state of alcohol-fueled denial for the rest of the tournament, the 2012 WSOP National Championship that he would go on to win. Eriquezzo does not hold it against Musumeci for tweeting the truth about him. “That was actually the best thing that could have ever happened to me. When those tweets came out, I was like, I can’t pretend anymore. This happened. This is out there now.” He has since done as much as he can to repair his life, a process he describes to Jared Tendler in this 30 minute interview. Eriquezzo hopes that he can also help others overcome similar issues. One way he hopes to do that is by continuing to update his personal blog with his own experiences and confessions. Some people continue to view Eriquezzo negatively, but he says that he is beginning to deal with it. “For every 10 people that want to view it like that, if I can find one person who may be struggling with the same type of things that I was struggling with, and I can help that person never have to hit a bottom like I hit, then it’s all worth it.” The Mental Game with Jared Tendler airs on Wednesdays on the QuadJacks Network. QuadJacks – Wendesday, October 17, 2012

© 2020 OwlTail All rights reserved. OwlTail only owns the podcast episode rankings. Copyright of underlying podcast content is owned by the publisher, not OwlTail. Audio is streamed directly from QuadJacks servers. Downloads goes directly to publisher.