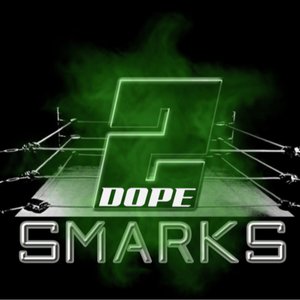 Welcome to the 2 Dope Smarks podcast, where 2 best friends and life long wrestling fans break down the latest in sports, music, pop culture and PROFESSIONAL WRESTLING! 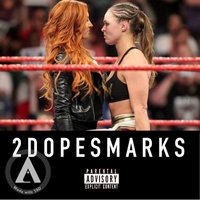 Episode 30 | "The Ballad of Daniel Hernandez"

On this episode, The Smarks discuss the fallout from Royal Rumble Weekend. Johnny Gargano finally got the BIG win, but whats next for the newly crowned North American Champion? Naj blasts Sam Roberts and explains why Bianca Bel Air's first loss at Takeover only made her into a star. Seth Rollins won the Rumble, but can he finish what Finn Balor started? It seems to be a mass exodus from The E as of late, Naj and Ceejay discuss who's leaving and whos staying. Where is Kenny Omega going now that he's a free agent? Why doesnt Ceejay like countdowns? Did R Truth and Bobby Lashley get belts because of Black History Month? Does Charlotte need to be involved with Ronda Rousey and Becky Lynch and what do you think about Daniel Bryan's new belt? On the culture side, The Smarks discuss the vicious attack on Jussie Smollett, Game saying some questionable things about Kim K, How a female emcee became the unlikely hero to defeat Tory Lanez &amp; did you know there was a Super Bowl tomorrow? The Knicks traded Kristaps Porzingis but we'll be okay.... You ready? Roll With The Winners. Locate Your Lighters. &amp; Stay Smark.   Use the code “STAYSMARK” at 123pins.us to save 20% on any order $20 or more! Check us out at THEKIDSWEARCROWNS.COM Check us on Twitter! @2DopeSmarks   The song you hear in the beginning: "Dead Presidents II" | JAY Z Ceejay's Pick: "Self Made" | Styles P. Naj's Pick: "Motive" | Kenneth Whalum Remember to check out our playlist with all our picks (We update after every show): Spotify | spoti.fi/2B1A67M Apple Music | apple.co/2QCF1ph Tidal | bit.ly/2REjXMv