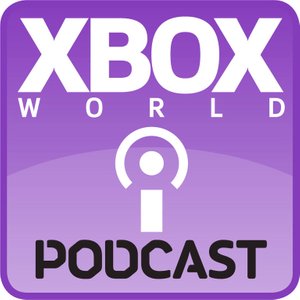 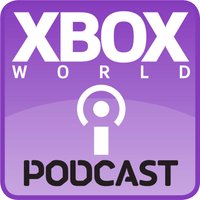 The hundredth Xbox World podcast is the team's last ever show, filled with stories from the old days and some special guests. In our final episode, Tim unmasks Mr. Loggerman, Andy tells a story and Mike makes a phone call. Thanks for listening and thanks for reading the magazine, everybody.

With Andy H on holiday, Mike hosts a very special STRONGcast in which Andy Kelly and Tim actually talk about games. Dishonored gets some love, the team choose which games they'd go back and re-review, Peter Molyneux's Curiosity makes everyone smile, and Mike sends Andy a very zen text about Assassin's Creed 3 at three in the morning.

XBW STRONGcast 18 - The Back Page

Andy H, Mike and Dan talk vidyagame sport, with lots of chat about NHL '13, NBA 2K13 and the ongoing PES/FIFA war. Elsewhere, Mike goes mental for Borderlands 2, and the team try to work out what Cliff Bleszinski will do next.

Andy H, Mike and Andy K talk Borderlands 2, Day Z, and two NDA'ed games they may or may not have played. With that done, it's onto the first ever developer draft, as the boys from Xbox World use an unlimited budget to build the ultimate game publisher.

Andy, Mike and super-guest Dan Dawkins resume regular STRONGcast business by talking Halo 4, revealing pretty much everything they know about GamesCom, before answering your reader questions, and taking the ultimate on-air sweet test.

After weeks in the wilderness the XBW STRONGcast is back. This powerful return to form sees a four-man team of Andy, Mike, Tim W and Rob talking about Walking Dead, Spec Ops, Halo Anniversary and… a whole bunch of other stuff as we discuss the topis YOU submitted. Look out for 80s movie chat, the ending of Batman, and - as always - heaps of next-gen banter.

XBW STRONGcast 13 - Unlucky For Some

Like The Avengers, the regular STRONGcast team unite for this 13th outing. Andy, Mike and Matt talk Assassin's Creed 3 gameplay, why Dishonored is the new BioShock, and the worst seduction technique in the world. Plus, find out why Matt is dreading this year's E3...

There's one perfect fit and sugar this one is it. The classic Xbox World crew are reunited this one-off Xbox World STRONGcast E3 preview special. That was the plan; in reality, Mike, Tim, Rob Taylor and Matt Pellett veer wildly from one topic to another, occasionally returning to the job at hand - E3, Halo 4, Gears 4, Forza, Fable, and … er… Jean-Claude Van Damme.

It's the a podcast so STRONG it comes with a warning - if you haven't finished Mass Effect 3, skip the first 27 minutes wherein Mike, Andy, and Andy 2 cover Mass Effect's ending in detail. Reunited after a month apart, our three heroes get to work designing a "shocking" moment for Black Ops 2, make some predictions for E3, and address rumours about the next generation Xbox in between some truly shameful jokes. It's one of those podcasts.

XBW STRONGcast 11 - The Right to Ramble

In this STRONGcast Andy, Mike and Matt talk about the next Xbox's monstrous hardware specs, redesign Splinter Cell for Ubisoft, explain why critics who hate Ninja Gaiden 3 are wrong, and reveal the terrifying truth behind the Belgian food industry.

© 2020 OwlTail All rights reserved. OwlTail only owns the podcast episode rankings. Copyright of underlying podcast content is owned by the publisher, not OwlTail. Audio is streamed directly from Xbox World 360 servers. Downloads goes directly to publisher.