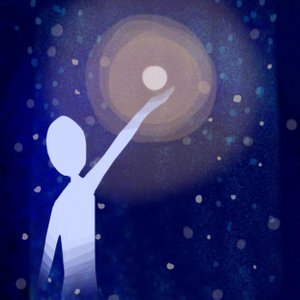 API Case Files is the official podcast of Aerial Phenomena Investigations. The API team is out to drain the UFO swamp, bringing a real scientific and skeptical approach to the study of Unidentified Aerial Phenomena. We don't have all the answers, so we investigate. 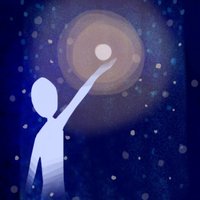 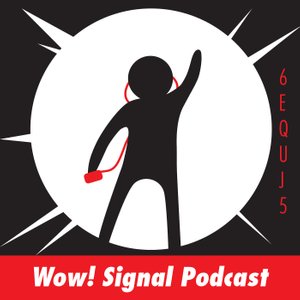 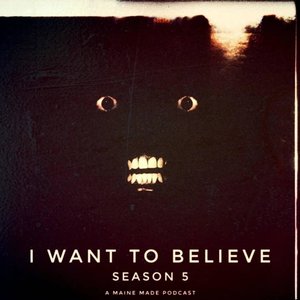 I Want To Believe: Season 5 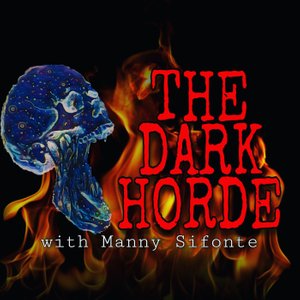 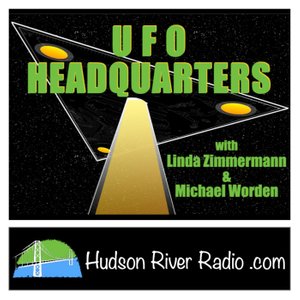 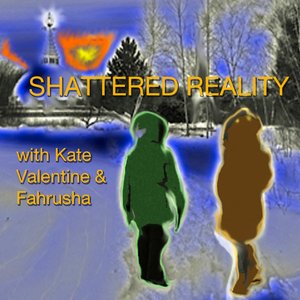 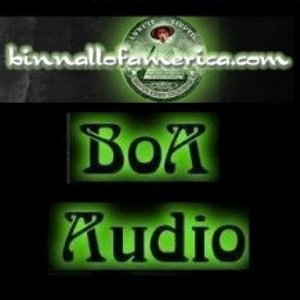 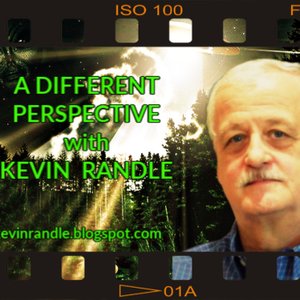 A Different Perspective with Kevin Randle 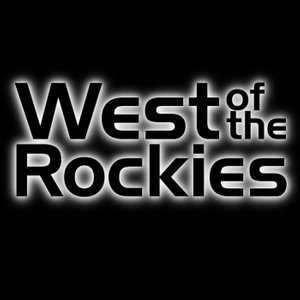 West of The Rockies 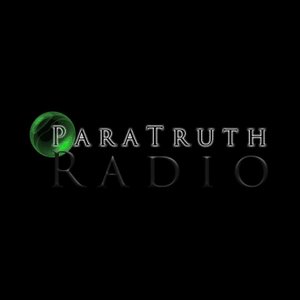 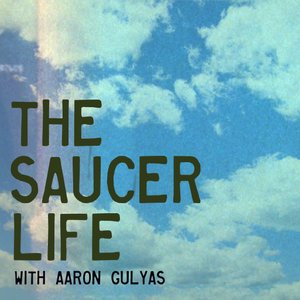 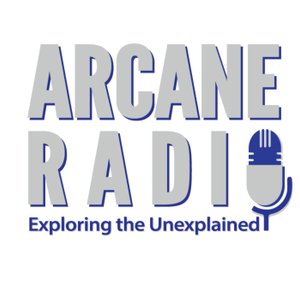 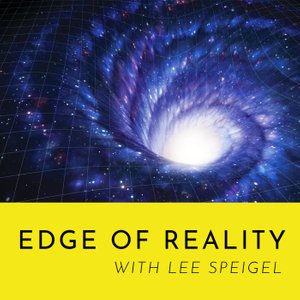 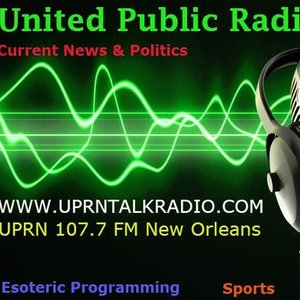 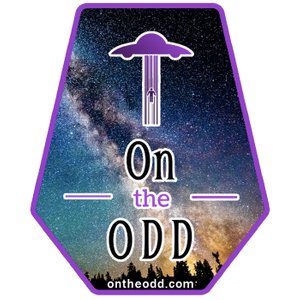 On The Odd: Cults, Hauntings, The Paranormal & Unexplained 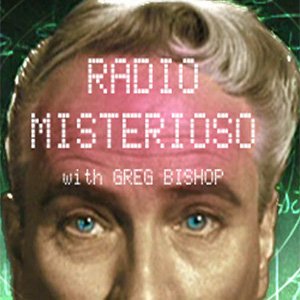 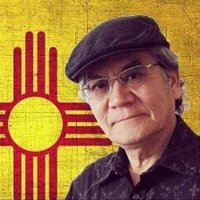 Recorded: 19 January 2017 Released: 1 February 2017 Duration: 76 minutes, 14 seconds Norio Hayakawa Welcome to API Conversations. I'm Marsha Barnhart API's Chief of Investigations and your host for this Conversations episode. My guest today for this edition of API Conversations is Norio Hayakawa. Norio is a resident of New Mexico and probably best known for his work investigating the anomalous activities in and around the Dulce New Mexico area. He is a blogger, an activist and, as such, the driving force behind a citizen oversight committee...the Civilian Intelligence Central. Norio for a very long time has been looking into the strange world of what we colloquially term "UFO's" . His research and examinations in this area has taken him on quite a journey. In the beginning his belief centered on the ET Hypothosis. Now, after many years immersed in this field, he has come to see the phenomenon in a much more nebulous light. Our conversation was wide-ranging and he took great pains to maintain a skeptical approach but still face head-on the scope of what he feels is more akin to the philosophy embodied in John Keel and Dr. Jacques Valee's work. Keep an open mind as you listen to the thoughts and reasoning set forth by Norio Hayakawa. I think you'll find our Conversation quite engaging. By the way, our show notes include links to Norio's blog, and selected guest appearances on several recent nationally syndicated radio shows. Here now is my interview with Norio Hayakawa conducted on January 19th, 2017... (interview) OUTRO: That was Norio Hayakawa, blogger, researcher and activist. You can find out more about Norio in our shownotes links at apicasefiles.com. I'm Marsha Barnhart, your host for this Episode 4 of API Conversations, which is a spin-off off of API Case Files. This podcast is a production of Aerial Phenomenon Investigations. The spoken content of API Conversations is distributed under the Creative Commons Attribution/Share-Alike 4.0 license. The theme music for API Conversations is by DJ Spooky and is licensed under Creative Commons. Check-out our other API Conversations podcasts as well as API Case Files at www.apicasefiles.com LINKS for Norio Hayakawa: https://noriohayakawa.wordpress.com https://en.wikipedia.org/wiki/Norio_Hayakawa https://plus.google.com/117219890215846367092/posts/GHPk3pjY8rC http://www.coasttocoastam.com/guest/hayakawa-norio/44314 http://www.dreamlandresort.com/team/norio.html

Recorded: 24 November 2018 Released: 3 December 2018 Duration: 70 minutes, 1 second While researching his book, the Justin reached out to Marsha in an attempt to get detailed information on API case 12-001. The Witness in this case was the night manager at a hotel on the Canadian side of Niagara Falls. On October 14, 2008, both he and the hotel night time security manager were outside talking when they saw a large Triangular UFO rise up from the Horseshoe Falls and silently glide over them. The most unusual aspect of the case occurred in the early afternoon of May 10th 2009 when two men dressed in black came to the hotel looking for the Manager. Hotel Lobby Security cameras captured a short video snippet of these two men. This footage, made available during the original investigation, is perhaps the ONLY known case of genuine MIB captured on video. https://www.youtube.com/watch?v=8xwUUlQMkOE Justin has written the most complete accounting of this case covering not only the original UFO sighting and the accounts supplied by the hotel employees who interacted with the men in black, but also in-depth information gathered directly from the Witness detailing a long series of unusual paranormal and anomalous experiences. And this fascinating story is but one in a book filled with unusual and provocative true, first-hand accounts of weirdness. During this podcast, Marsha and the author discuss his book, The Spectrum, and examine a wide range of topics encompassing UFO’s, anomalies, and paranormal experiences. Justin works in Marketing and Design and lives in the Philadelphia area. He writes a blog and maintains a website, Normal Paranormal. About Justin Bamforth: https://gilbertspeaks.wordpress.com/2018/08/29/gilbert-speaks-an-interview-with-author-justin-bamforth-on-the-spectrum/ Book Info: https://www.amazon.com/Spectrum-Glimpses-Paranormal-Encounters-Strange/dp/173265400X http://normalparanormal.org/ Normal Paranormal: http://normalparanormal.org/author/normalparanormal/   Other Links: API Website: http://aerial-phenomenon.org/ Report a UFO: http://reportaufo.org API Case Files/API Conversations: http://apicasefiles.com/ Follow us on Twitter: https://twitter.com/apicasefiles   Credits: Host and Producer: Marsha Barnhart Postproduction: Paul Carr Music: DJ Spooky/Check Your Math: Quincas Moreira/Trapped The spoken content of API Conversations is distributed under the Creative Commons Attribution/Share-Alike 4.0 license, as is the music heard during this program.

Recorded: 19 September 2018 Released: 22 September 2018 Duration:55 minutes 14 seconds Paul Carr welcomes Simone Mendez, whose contact with what appeared to be an official document detailing detection of extraterrestrial spacecraft by the US Government when she was in the US Air Force caused her several months of grief and resulted in the loss of her Top Secret security clearance.  Here we give Ms. Mendez a chance to tell her story and set the record straight. Her story  turns out to have many unanswered questions. Links: The Greys have Been Framed, by Jack Brewer Conversation 12 with Jack Brewer Project Beta, by Greg Bishop Nevada Test and Training Range The Falcon and the Snowman UFO Coverup Live (1988)   Credits: Host and Producer: Paul Carr Music: Josh Lippe and the Overtimers and DJ Spooky Simone Mendez when in the Air Force 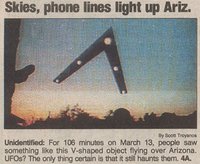 Episode 14 - An English Orb and Who Are These People? 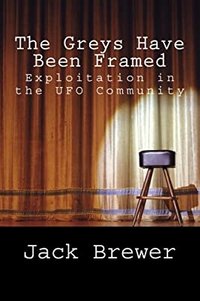 Recorded: 11 July 2018 Released: 12 July 2018 Duration: 51 minutes, 35 seconds Host Paul Carr in conversation with Dr. Kevin Knuth, author of a recent article in The Conversation entitled "Are we alone? The question is worthy of serious scientific study."  The conversation centers around strategies for lifting "the veil of ridicule" that surrounds UFO studies, and Kevin's own experience, and how he came to take the topic seriously himself. Guest Bio Kevin Knuth is an Associate Professor in the Department of Physics at the University at Albany. He is Editor-in-Chief of the journal Entropy. He is a former NASA research scientist having worked for four years at NASA Ames Research Center in the Intelligent Systems Division. He has 20 years of experience in applying Bayesian and maximum entropy methods to the design of machine learning algorithms for data analysis applied to the physical sciences. His current research interests include the foundations of physics, inference and inquiry, autonomous robotics, and the search for and characterization of extrasolar planets. He has over 100 peer-reviewed publications and has been invited to give over 80 presentations in 13 countries.   Links Are we alone? The question is worthy of serious scientific study The Knuth lab Conversation 10 with Chris Cogswell Robert Hastings - The UFO/Nukes Connection Press Conference Report a UFO API Case Files Follow us on Twitter API YouTube Channel The UFO subreddit Credits: Host and Producer: Paul Carr Music: DJ Spooky API Case Files and API Conversations are released under the Creative Commons Attribution/Share-Alike license.

Recorded: 13 January 2019 Released: 13 January 2019 Duration: 54 minutes, 49 seconds Kenny Biddle has investigated hauntings, cryptids, and UFOs for years, and has solved many of these cases. He is persistent, patient, and creative, just like any good field investigator. We talked about some of the principles he applies to his work and he gives some examples, from ghosts to Elvis Presley. These principles apply broadly to solving any mystery. Our topics included EVP, photography, and serial experiencers.   Links: Kenny Biddle's YouTube Channel Kenny Biddle on Facebook Report a UFO Sighting Our subreddit Our Facebook Group Follow us on Twitter Credits: Host and Producer: Paul Carr Music: DJ Spooky API Case Files and API Conversations are released under the Creative Commons Attribution/Share-alike license.

Released: 24 March 2018 Duration: 62 minutes Marsha Barnhart talks to Cheryl Costa, co-author of UFO Sightings Desk Reference. This is a one-of-a-kind reference book covering 15 years of UFO sightings within the United States. The information was gleaned from more than 120,000 raw reports made by citizens to either the Mutual UFO Network (MUFON) or the National UFO Reporting Center (NUFORC) between the years 2001 to 2015. The information is a statistical bonanza annotating the frequency, distribution and shapes of reported UFO’s, with accompanying graphs charts and charts, and broken down into states and state counties for all 50 states and the District of Columbia. But this body of work, as amazing as it is, showcases just a portion of Cheryl’s talents: she is a published playwright, a film maker, a blogger with an international following, a talk radio host, an ordained Buddhist Nun, a Disclosure Activist and a devotee of Mind and Consciousness study. Cheryl is a native New Yorker. She is a US Military Veteran. Anyone who reads her blog, New York Skies, can easily reach her at her published email account. Part one of this interview with Cheryl Costa was recorded on February 28th, 2018. Bio Info/Book Reviews: 1. https://www.nytimes.com/2017/04/24/science/ufo-sightings-book.html 2. http://ufocongress.com/cheryl-costa/ 3. http://www.destinationamerica.com/thehauntist/qa-with-ufo-research-expert-cheryl-costa/ New York Skies Blog Site   Music: DJ Spooky/Check Your math Scott Holmes/ Colossal Stillness API Website: http://aerial-phenomenon.org/ API Case Files/API Conversations: http://www.apicasefiles.com/ http://apicasefiles.libsyn.com/ https://itunes.apple.com/us/podcast/api-case-files/id783673990?mt=2