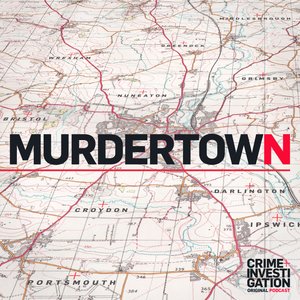 Following each episode of the TV show Murdertown Benjamin Fitton from They Walk Among Us unpicks a new case from each location.Get in touch to let us know which cases you'd like us to cover by using #Murdertown on Twitter, Facebook and Instagram. 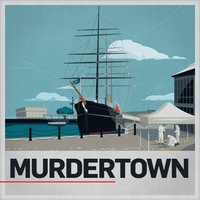 Thirty year old Lynda Hunter woke up one Friday in August 1987 with morning sickness and was glad she and her husband Andrew had that day off. They had been married less than a year and she was thrilled about the baby who was six weeks along. Lynda and Andrew went to the pharmacy and then onto the doctor for some relief. When she got home later that morning she packed a bag for her nightshift which wasn’t until the following day and said she had decided to go to her parents— she would tell them about the baby. According to Andrew, she was in a bit of a mood. He asked for a lift into town but before he could gather his things she and Shep the dog were gone. When Lynda’s sister arrived at the couples cottage later that day for a visit she had arranged, there was still no sign of her, in fact Lynda had never gone to her parents at all— so where was she?Following each episode of Katherine Kelly's brand new TV series Murdertown, Benjamin Fitton from They Walk Among Us unpicks a new case from each location. Watch Murdertown exclusively on Crime+Investigation in the UK every Monday at 9pm from 3rd September and then straight after listen to a brand new story right here with the Murdertown podcast. You can get in touch using #Murdertown on Twitter, Facebook or Instagram.Crime+Investigation's Murdertown podcast is hosted by Benjamin Fitton, written by Anna Priestland, produced by Sam Pearson and Chloe Frost, and edited by James Collopy.SOURCESCrimewatch:https://www.thecourier.co.uk/fp/news/local/dundee/527370/crimewatch-axed-tayside-fife-cases-featured-hit-bbc-show/https://www.youtube.com/watch?v=uuiyOTaXvsc&amp;index=2&amp;list=PL5LzvOWSLAydUtcxVJkl5w3-UR3i1tMGihttps://www.eveningtelegraph.co.uk/fp/crimewatch-coming-end-two-shocking-local-cases-appear-show-one-yet-solved/Articles:https://www.thecourier.co.uk/fp/news/local/angus-mearns/694627/landmark-dog-lead-strangler-crimewatch-murder-trial-remembered-30-years-on-by-community/https://www.eveningtelegraph.co.uk/fp/crimewatch-coming-end-two-shocking-local-cases-appear-show-one-yet-solved/Smith, Murray. Trainspotting. London: British Film Institute, 2002. Stollery, Martin. Trainspotting. London: York, 2001.https://philosophyinfilm.com/2014/04/18/trainspotting-and-the-dilemma-of-scottish-national-identity/http://bygone.dundeecity.gov.uk/bygone-news/july-1988http://www.heraldscotland.com/news/11922460.Husband_loses_murder_appeal/His past explained:https://www.dailyrecord.co.uk/news/scottish-news/a-sex-mad-killer-in-the-salvation-army-960821See acast.com/privacy for privacy and opt-out information.