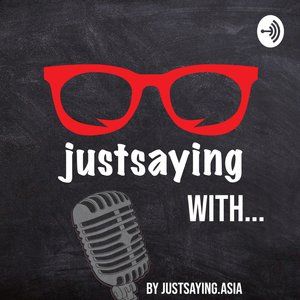 justsaying with is an interview series that features personalities and spokespersons that provide insights on their careers, industry and campaigns. 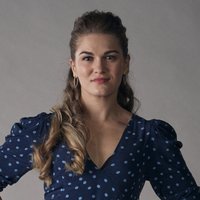 Since 18 March “The Apprentice: ONE Championship Edition” has aired across Asian TV networks featuring 16 candidates, handpicked from around the world to compete in a high-stakes competition involving business and physical challenges, for the top prize of a US$250,000 job offer to work directly under ONE Chairman and CEO, Chatri Sityodtong, for a year as his protege in Singapore.   As fellow candidates were sent home along the way in the search for The One, Russia's Irina Chadsey proved to be a tough competitor and made it to the Top 4.   We have a chat with Irina about her journey to the competition, the unique format and the circumstances that were faced during The Apprentice, as well as life after the show.   Full article on https://www.justsaying.ASIA.  Catch our other 'justsaying with' interviews on:  Web -  https://www.justsaying.asia/category/podcast/ Facebook - https://www.facebook.com/justsayingASIA YouTube - https://youtube.com/justsayingasia Spotify - https://open.spotify.com/show/4Y2vyJ7kNFtSFkxQVJOwx0 and Apple and Google Podcast   #ApprenticeONE #TheApprentice #ONEChampionship 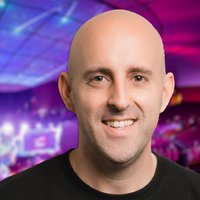 We speak with Charlie Baillie, Chief Growth Officer at Ampverse, a seasoned digital media and entertainment executive with commercial and operational experience across Europe, North America &amp; Asia Pacific.   Charlie provides insights on the evolution of esports and how the industry has become part of mainstream culture, and the different opportunities available with its rise.   Also, with professional esports teams now set up more akin to the holistic structure typically found at a top-tier (traditional) sports team, we also talk about the ecosystem that surrounds a high-performance team, as well as what Ampverse looks for when signing a professional esports player or team.   #Esports #Ampverse #TalentManagement Read the article: https://www.justsaying.asia/justsaying-with-charlie-baillie-ampverse-the-rise-of-esport-personalities-and-opportunities/ 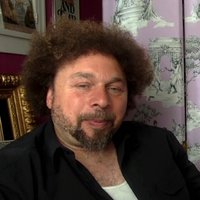 Ep 13: Malcolm Spellman - Showrunner, The Falcon And The Winter Soldier

The Falcon and the Winter Soldier picks up right after Avengers: Endgame - where everyone who was "snapped away" by Thanos, who turned half of the world's population to dust, returns after 5 years of absence. The Blip (snap) has been undone and the restored population return, only to find that the world has moved on and they're now displaced, refugees. However, while half the world's population is back, Captain America is no more and there is a need to fill the void that he's left behind. Malcolm Spellman takes the reigns as Head Writer and Executive Producer of 'The Falcon and the Winter Soldier' to lay the foundation for the next phase of the Marvel Cinematic Universe on DIsney+. Now the home of "pre-Phase 4" of the MCU, Disney+ has kicked off with WandaVision, The Falcon and the Winter Soldier and the upcoming Loki series. While WandaVision, is quite literally set in a Wanda Maximoff-Vision bubble, and the focus is solely on those characters and the ones directly impacted by them, The Falcon and the Winter Soldier not only puts a lens on the relationship between Sam Wilson (Anthony Mackie) and Bucky Barnes (Sebastian Stan) but a greater conversation on the social and political impact of the Blip. Malcolm Spellman discusses what it was like to write for two new Captain Americas, the relevance the show has to today's narrative, and breakout character Baron Zemo (Daniel Brühl): 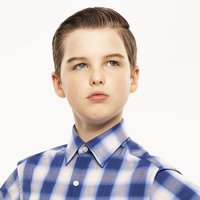 The fourth season of Young Sheldon returns to Warner TV. In this season, after graduating high school, Sheldon has a breakdown when he realizes he may not be ready for college.   Young Sheldon stars Iain Armitage plays the once-in-a-generation mind capable of advanced mathematics and science in a land where church and football are king.  Iain burst on the acting scene, at the age of 7, when he made his acting debut playing the role of "Ziggy Chapman" on the Emmy and Golden Globe-winning HBO limited series Big Little Lies, based on the best-selling novel by Liane Moriarty.  He has also appeared in the Netflix feature Our Souls at Night, opposite Jane Fonda and Robert Redford, the independent feature I'm Not Here, with J.K Simmons, and The Glass Castle, for Lionsgate with Brie Larson, Woody Harrelson, and Naomi Watts.   We catch up with Iain and have a chat about the latest season of Young Sheldon:   Created by Chuck Lorre (The Big Bang Theory, Mom, Mike &amp; Molly) and Steven Molaro (The Big Bang Theory, The Class), Young Sheldon is executive produced by Lorre, Molaro, Steve Holland, Jim Parsons and Todd Spiewak.    New episodes of Young Sheldon Season 4  premiere every Friday on Warner TV (Starhub TV: 515, Singtel TV: 306).   #IainArmitage #YoungSheldon #justsaying 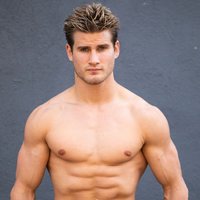 Multiple-time Karate World Champion Sage Northcutt stands tall among the brightest young mixed martial arts stars of today.  In 2018, he joined ONE Championship on the back of three straight victories and looks set to continue shining on the global stage with his winning combination of athleticism, skill, and charisma.    Also known a "Super", Sage Northcutt, the life-long athlete held 77 world titles at a youth level and is now in Singapore to join as a guest on the The Apprentice: ONE Championship Edition.    We speak to Sage about keeping focused in the "new normal" and his thoughts and experience on The Apprentice: ONE Championship Edition.    #MMA #TheApprentice #OneChampionship 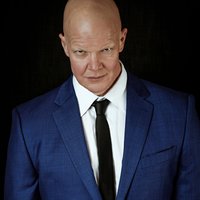 The new Swamp Thing has his roots in villainy. With a tough, imposing, and frightening presence -- accentuated by his muscular build, deep-set eyes, and bald head, Derek Mears fit the bill for some of the most menacing roles in Hollywood.   Mears' career culminated with the remakes of two iconic slasher movies: The Hills Have Eyes 2 (2007), in which his appearance seemed to evoke the presence of Michael Berryman's Pluto from the two original Wes Craven Hills movies; and producer Michael Bay's remake Friday the 13th (2009), where he played the hockey mask-wearing, machete-wielding serial killer Jason Voorhees.  Mears now takes on the role of DC's elemental superhero - Swamp Thing. Derek Mears chats with us on taking up the mantle of Swamp Thing, his career and what he thinks is the elemental hero's greatest superpower.   The ten-episode superhero horror drama series is now available on Warner TV. A new episode airs every Wednesday.   #SwampThing #DerekMears #WarnerTV 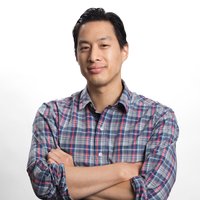 We speak to the creator of the We Bare Bears - Daniel Chong.  Daniel talks about the phenomenon that is the We Bare Bears and their latest adventure that fills in all the gaps and tells the story of how the bears first met - We Bare Bears: The Movie.  We Bare Bears:  The Movie will debut on Cartoon Network and other WarnerMedia channels such as Boomerang, HBO, HBO Family, streaming service HBO GO, Warner TV, and Korean entertainment channel Oh!K on 12 September 2020.   #justsaying #WeBareBears #DanielChong #WeBareBearsTheMovie 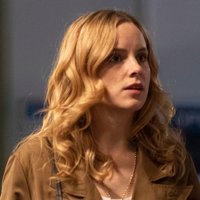 We have a chat with Sophie Rundle from The Nest (BBC First). Sophie shot to fame after her role in Peaky Blinders as Ada Shelby - just one of 3 female leads. Since then, Sophie hasn't looked back with lead roles in Gentleman Jack (Ann Walker) and Bodyguard (Vicky Budd) and now, The Nest. Sophie talks about how she feels about Peaky Blinders' global success, the audience's appetite for strong female leads and her character (Emily Compston) in The Nest. The Nest is a The Nest is a five-part thriller series that features young couple Dan (Martin Compston) and Emily (Sophie Rundle) as they attempt to have their own child with the help of young teenage surrogate, Kaya (Mirren Mack).  However as their relationship with Kaya begins to deepen, they start to realise that maybe their chance encounter with teen was not as coincidental as it seems. All 5 episodes of The Nest are now available on BBC Player. 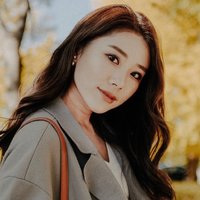 Mong Chin, also known as @mongabong, began her career with blogging as a hobby. As an avid reader of fashion and beauty blogs in her secondary school days, honest and organic reviews of products always spoke to her best as she relied on their reviews before shopping.  This led to her starting her own blog where she reviewed products that she personally had good experiences with.  Today, with over 255,000 followers on Instagram and 88,000 subscribers on YouTube, Mong Chin is one of the top beauty, fashion and lifestyle influencers in Singapore.    A big believer that beauty and fashion go hand in hand and one truly compliments the other, she is known to create engaging beauty and fashion content on her channels and is a well-respected voice and guide for her followers.  THEFACESHOP, a leading Korean beauty brand, kicks off the #EcoBeautySquad Campaign, a nationwide search for a new star in Singapore - of which, Mong Chin will be the Campaign Mentor.   She will share her first hand experiences and knowledge of being in the industry; and the tough but necessary lessons she has learnt. By explaining and being transparent on what goes on “behind the scenes” she will give new insights into the ways of creating fun, engaging, exciting and unique content for the participants followers. 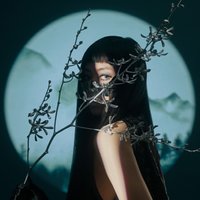 Jasmine Sokko is an incredible talented singer, songwriter and producer from Singapore known for her signature masks and infectious music. Jasmine made the music world take notice when she became the first Singaporean to win the MTV Europe Music Award’s Best Southeast Asia Act for her single “FEVER” last November. Recently, Jasmine has used her influence and partnered with TikTok to launch the #blessthismess challenge which has garnered almost 3 million views. The challenge encourages users to face their deepest insecurities and weaknesses, and cast it aside during these hard times – along to Jasmine’s new empowering pop-anthem MESS. MESS is the her latest English pop single that aims to inspire listeners to always pick themselves up despite the setbacks they face. We chat with Jasmine about her start, challenges, winning at the MTV EMAs and her Tik Tok Challenge.

© 2020 OwlTail All rights reserved. OwlTail only owns the podcast episode rankings. Copyright of underlying podcast content is owned by the publisher, not OwlTail. Audio is streamed directly from justsaying.ASIA servers. Downloads goes directly to publisher.