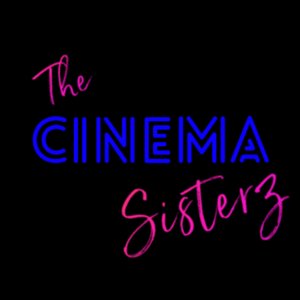 Join us as we dive into the wonderful world of film- from golden age cinema, to cult classics, brand new blockbusters, and all the new streaming content you can handle. There will be themed months, franchise Fridays, plus the sexy and talented Daddy and Queen of the month. We can’t wait to share with you all of our favorites, and hopefully find some new hidden gems along the way! We’ll see you at the movies! -Ashley and Allie, the Cinema Sisterz 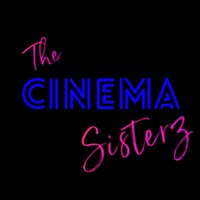 Before we close out the month, let's take some time to appreciate our reigning Queen and Daddy of September: Michelle Yeoh and Jason Momoa!You will know and love our badass, literal queen, Michelle Yeoh from movies like Memoirs of a Geisha, Shang-Chi, Crazy Rich Asians, Tomorrow Never Dies, and Crouching Tiger, Hidden Dragon.And real life daddy Jason Momoa, heating up our screens in Baywatch: Hawaii, North Shore, Stargate Atlantis, Game of Thrones, Frontier, and Sweet Girl.

In this week’s Franchise Friday episode we cover the middle three Harry Potter films; 3: The Prisoner of Azkaban, 4: The Goblet of Fire, and 5: The Order of the Phoenix.  So take your seat on the Hogwarts Express as we discuss the beloved characters Sirius Black (Gary Oldman), Remus Lupin (David Thewlis), the new Albus Dumbledore (Michael Gambon), Professor Sybill Trelawney (Emma Thompson), Mad-Eye Moody (Brendan Gleeson), Cedric Diggory (Robert Pattinson), and Luna Lovegood (Evanna Lynch), the evil Barty Crouch, Jr. (David Tennant), and the perfectly cast Voldemort (Ralph Fiennes). From the Yule Ball to the battle at the Department of Mysteries, we follow along with our fav wizard trio and deep dive even further into the magical world of Harry Potter.

Never Been Given A Pen

Weekend Wrap Up: Shang-Chi is a Must See

Franchise Friday: Harry Potter and the Sorcerer's Stone & the Chamber of Secrets

"Get in losers, we're going to Hogwarts!"For our first ever Franchise Friday we're chatting about the first two Harry Potter movies: Sorcerer's Stone and Chamber of Secrets! Their cinematic magic, casting wizardry, and JK Rowling's deal with the devil.

In this episode we reveal our very first Queen and Daddy of cinema! Our Queen of August is Angela Bassett, and we discuss her roles in Boyz N' the Hood, What's Love Got to Do With It, How Stella Got Her Groove Back, American Horror Story, and Black Panther. Plus we also chat about the new Tina Turner documentary, Tina. Our Daddy of the month is Val Kilmer, and we discuss his new documentary, Val, and his old classics like Top Gun, Willow, The Doors, Tombstone, Batman Forever, The Saint and The Prince of Egypt.

The Back Side of Summer

This is the Beginning of a Beautiful Friendship

Meet Ashley and Allie, the Cinema Sisterz! In this episode we discuss why we decided to start a podcast, and our long history of being avid movie watchers and film lovers. Plus we'll breakdown everything you can look forward to from our channel, our plans for upcoming episodes and months, and our idea of the "perfect movie."

© 2020 OwlTail All rights reserved. OwlTail only owns the podcast episode rankings. Copyright of underlying podcast content is owned by the publisher, not OwlTail. Audio is streamed directly from Cinema Sisterz servers. Downloads goes directly to publisher.