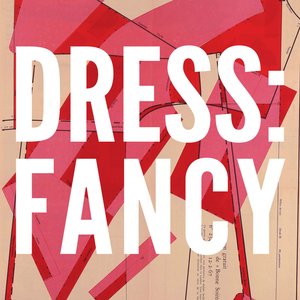 Dress: Fancy explores the popularity, prevalence and power of fancy dress. Hosted by Lucy Clayton and Dr Benjamin Wild, the series looks at the social significance and psychology of people in costume. Episodes consider why fancy dress has been a constant theme throughout history; sometimes as an act of celebration or escapism, on other occasions as a form of protest or disruption. 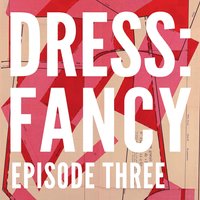 Join Lucy Clayton and Dr Benjamin Wild for another eye-opening episode, as they explore a British phenomenon in popular culture, stating that fancy dress costume is inherently unfashionable and frequently in questionable taste. Photographs of authority figures and supposed role models in dubious dress-up regularly appear in newspapers to be excoriated by pundits and public alike. A memorable scene in Bridget Jones’ Diary, which featured Renée Zellweger wearing a Playboy bunny suit to an otherwise dowdy family get-together, will forever identify the British as past masters at donning awkward, astonishing and inexplicable costume. But what is it about fancy dress that encourages people to push the boundaries of humour and tact? Why do people in authority seem to get caught in compromising costume so frequently? Does a fancy dress ‘fail’ in fact reveal a person’s authentic character? And are some subjects simply too sensitive to ever become fancy dress? Contribute to the debate, or simply learn which costumes are best avoided altogether. Feast your eyes and get involved on our Instagram page @dressfancypodcast Presenters; Lucy Clayton Twitter: @MsLucyClayton Instagram: @mslucyclayton Dr Benjamin Wild FRHistS www.benjaminwild.co Twitter: @DrBenjaminWild Instagram: @benjamin__wild Find out more: For a lively discussion of British fancy dress and the question of bad taste, see Leah McLaren, 'Why do we long to be Nazis and Tarts?' - https://www.spectator.co.uk/2009/12/why-do-we-long-to-be-nazis-and-tarts/ For coverage of Britain's Prince Harry getting it wrong in fancy dress - https://www.telegraph.co.uk/news/uknews/1481148/Prince-Harry-faces-outcry-at-Nazi-outfit.html Lady Malcolm’s Servants’ Ball - www.duckie.co.uk Historic venue in Chelsea, London - www.chelseaartsclub.co.uk Evelyn Waugh - Vile bodies - Book 1930 Bright Young Things - Film 2003