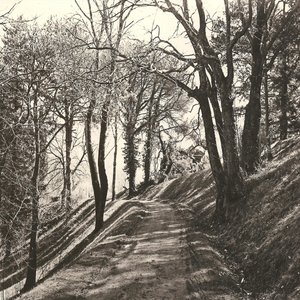 Ethics-Talk: The Greatest Good of Man is Daily to Converse About Virtue

Socrates said that talking about virtue and the good life is one of the most important things a human being can do. That's where "Ethics-Talk" fits in. Born in 2009 in the Department of Philosophy Religion at Central Michigan University in Mt. Pleasant, Michigan), on May 18, 2020, Ethics-Talk was re-branded and re-launched under the auspices of the Cora di Brazzà Foundation as "Virtues of Peace." To learn more, visit us at http://www.virtuesofpeace.com and http://www.coradibrazza.com. 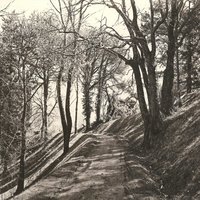 The Duty to Remember: Evelyn Grubb's Appeal the United Nations on behalf of the Families of POW/MIA

50 years ago, on June 7, 1971, in her capacity as the National Coordinator for the National League of POW/MIA Families, Evelyn Grubb (1931-2005) petitioned the United Nations to pressure North Vietnam to disclose information truthful information about the status of all POW/MIA. Evelyn's historic petition made reference to two instruments of international law: The 3d Geneva Convention and the Universal Declaration of Human Rights. In this show, we provide a introductory background of these instruments and discuss how Evelyn Grubb used them in her petition.

The Responsibility for our Responses: Olive Schreiner and Howard Thurman on The Moral Psychology of the Non-Violent Way of Life

This show is second in a series in which we discuss the encounter between theologian and philosopher Howard Thurman (1899-1981) and pacifist-feminist author Olive Schreiner (1855-1920). Thurman first encountered Schreiner five years after Schreiner's death when Schreiner's allegory of "The Hunter" was read aloud at a conference which Thurman was attending as a 25 year old divinity student at Rochester Theological Seminary. After that encounter, Thurman read everything of Schreiner's that he could find. In the early 1940s, Thurman worked hard to publish an anthology of Schreiner's writings, a dream that would finally be realized in 1973 when he published "A Track to the Water's Edge". We discuss more of this encounter as well as their views on the moral psychology - the specific beliefs, desires and cultivated habits - that undergird the "non-violent way of life" endorsed by both Schreiner and Thurman.

On this one year anniversary of the Virtues of Peace podcast, and the 120th anniversary of the observation of Peace Day (also known as "Hague Day") in the United States, we discuss a powerful trans-generational, trans-racial, trans-national and trans-gender encounter between feminist pacifist writer Olive Schreiner (1855-1920) and philosopher and theologian Howard Thurman (1899-1981). Thurman, who provided the philosophical framework for the non-violent wing of the Civil Rights Movement, first encountered Schreiner's ideas in 1925. He thereafter devoured everything he could by Schreiner, even naming his first daughter "Olive" (who later became Olive Wong). In 1973, Thurman published "A Track to the Water's Edge: An Olive Schreiner Reader". In this show, we discuss the encounter between Thurman and Schreiner, an important point of contact that highlights the intersection between the Peace through Law Movement, the Women's Movement and the U.S. Civil Rights Movement.

Forward Into Light: Excavating the Connection between the Women's Suffrage and the Peace through Law Movement

This episode continues our conversation about the Adelaide Johnson’s Portrait Monument to Lucretia Mott, Susan B. Anthony and Elizabeth Cady Stanton. In this show we discuss how the statue helps to unearth the linkages between the Suffrage Movement and the Peace through Law Movement. We focus on a project initiated by Dr. Hope Elizabeth May, who is the founder and President of the Cora di Brazzà Foundation. One of the initiatives of the Foundation titled "Forward Into Light" aims to uncover the linkages between the women's suffrage movement and the Peace through Law Movement. As a means to that end, Dr. May oversaw a project to create a replica of Johnson's statue with the 238 word inscription that was erased in 1921 and has not yet been restored. The statue was completed in 2021, marking the 100th anniversary of the unveiling of the statue in the Rotunda of the U.S. Capitol. In this show, we discuss this project and Dr. May's journey to replicate the statue.

Forward of Darkness (Part 2): The Journey of Lucretia Mott, Susan B. Anthony and Elizabeth Cady Stanton from The Crypt to the Rotunda of the U.S. Capitol (April 12, 2021)

This show continues our conversation with Dr. Caroline Sparks who, after encountering Adelaide Johnson's Portrait Monument to Lucretia Mott, Susan B. Anthony and Elizabeth Cady Stanton in the Crypt of the U.S. Capitol in 1978, resolved to return it to its more elevated position in the Rotunda, a space for which it was designed. As we discussed last time, Caroline's goal was to raise the statue in 1995, to mark the 75th anniversary of the 19th Amendment. While 1995 was an important year for the statue due to the fact that the U.S. Congress became involved in moving the statue, a number of obstacles prevented the statue from returning to the Rotunda in 1995. It was not until Mother's Day in 1997 that the Suffragist statue was finally moved. In this show, we discuss Caroline Sparks' involvement in the events from 1995-1997 which culminated in the statue returning to the Rotunda.

Forward Out of Darkness: How Caroline Sparks initiated a journey of Adelaide Johnson's Suffragist Statue from the darkness of the Crypt and into the light of the Rotunda of the U.S. Capitol

In 1978, Caroline Sparks stumbled upon Adelaide Johnson's suffragist statue known as The Portrait Monument to Lucretia Mott, Susan B. Anthony and Elizabeth Cady Stanton. That chance encounter in the Crypt of the U.S. Capitol awakened a resolve in Sparks to move the Statue from the obscurity of the Crypt and into the light of the U.S. Rotunda, the original and more visible of Johnson's statue. Almost 20 years later after Sparks' initial "Crypt encounter," and 76 years after being lowered to the Crypt from the Rotunda, Johnson's statue finally returned to the Rotunda in 1997. Join us on this special show as Caroline Sparks describes her role in helping to raise Adelaide Johnson's statue from the Crypt to the Rotunda of the U.S. Capitol, thereby symbolizing the placement of women in the heart of the American political process. Also joining us is Sandra Weber, author of The Woman Suffrage Statue: A History of Adelaide Johnson's Portrait Monument at the United States Capitol.

Forward Into Memory: The Cosmopolitan Philosophy of Ham Sok Hon, The "Korean Gandhi"

Philosopher, poet, advocate of non-violence and advocate for democracy, Ham Sok Hon (1901-1989) was one of the most important figures in South Korea's peace and democracy movement. In this show, we are honored to be joined by Dr. Song Chong Lee, who recently published "Ham Sok Hon's Ssial Cosmopolitan Vision" (Lexington Books 2020) in which he argues that the philosophy of Ham Sok Hon can inform contemporary discussions of cosmopolitanism. Dr. Lee's book is a most welcome contribution as it is one of the few books on Ham Sok Hon written in English and the very first book to place Ham's philosophy within the deeper context of Western philosophy - including not only Ancient Greek philosophy but also the philosophy of Hobbes, Locke, Kant. Join us as we introduce you to some of the essential elements of Ham's life and brilliant "Ssial" philosophy.

March 1st is a sacred day in Korea as it marks the moment when, in 1919, citizens throughout the peninsula organized a widespread non-violent and democratic uprising against their colonizers, imperial Japan. Long before the division of the country into "North" and "South," citizens from Pyonyang to Seoul to Cheonan, participated in the March 1st Movement. In this show, which marks the 102nd anniversary of the March 1st Movement, we examine the Movement through a narrative that transcends the typical interpretation of the Movement as a nationalist, anti-Japanese Movement for Korean Independence. Moving beyond the description of the Movement as one for "independence" and "self-determination," we discuss the March 1st Movement within the deeper context of the international Peace through Law Movement. Viewed as a moment in the larger "Red Thread" of Peace-through-Law, we discuss how the Movement was timed with the "organization of the world" and the development of international justice in the aftermath of World War 1, and focus on some of the key ideas - such as reconciliation - expressed in the March 1st 1919 Declaration. We also discuss some of the morally energetic individuals involved in the 3.1 Movement.

One hundred years ago today, an important monument to the women's equality movement was unveiled in the U.S. Capitol. On February 15, 1921, Susan B. Anthony's 101st birthday, the suffrage statue titled "Portrait Monument to Lucretia Mott, Susan B. Anthony and Elizabeth Cady Stanton" was unveiled in the Rotunda of the U.S. Capitol in a ceremony of great beauty and dignity. 100 years later, on the centenary of this event, we are once again honored to be joined by special guest Sandra Weber, the foremost expert on the Portrait Monument, and author of The Woman Suffrage Statue: A History of Adelaide Johnson's Portrait Monument at the United States Capitol (2016 McFarland). This conversation is Part 2 of a two part series with Weber devoted to unlocking the stories surrounding the Portrait Monument. In this installment, Weber shares the incredible story of the statue - from its connection to earlier statues sculpted by Adelaide Johnson in the late 1800s, to the many obstacles faced by Johnson in realizing her vision. Learn about the meaning and significance of Johnson's beautiful and mysterious work of art and the treasure-trove of stories to which it is connected.

This conversation is Part I of a two part series devoted to unlocking the stories surrounding a statue that was unveiled on February 15, 1921 - the 101st birthday of Susan. B. Anthony. Years in the making, the Portrait Monument was a labor of love for the "sculptress of the suffrage movement," Adelaide Johnson (1859-1955). Special guest Sandra Weber, author of The Woman Suffrage Statue: A History of Adelaide Johnson's Portrait Monument at the United States Capitol (2016 McFarland) and the foremost expert on the statue, joins us for this special mini series. In 2012 Weber was awarded a Capitol Historical Society Fellowship to study the Portrait Monument. She consulted numerous archives - not only Adelaide Johnson's papers, but also the archives of the Architect of the Capitol - who oversaw the placement of the statue in the Rotunda of the U.S. Capitol - and then subsequently to the crypt. Join us to learn about Weber's journey in unearthing numerous treasure-stories connected to the statue and to women's history on the 100th anniversary of the statue's unveiling. We also focus on Susan B Anthony (1820-1906) who as we will learn, played an invaluable role in the creation of the Portrait Monument that was unveiled 15 years after her death, and on her 101st birthday.

© 2020 OwlTail All rights reserved. OwlTail only owns the podcast episode rankings. Copyright of underlying podcast content is owned by the publisher, not OwlTail. Audio is streamed directly from Ethics-Talk servers. Downloads goes directly to publisher.