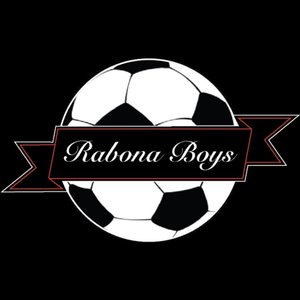 Two friends share their passions for football by discussing both the history and current events of the beautiful game. Vyn Skully and NikSolo take a deeper look into the footy world sharing their thoughts on clubs, players, tactics, and much more! 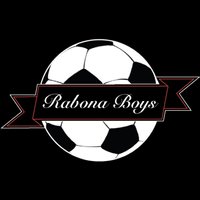 The boys link up to discuss how the euros have gone so far. Revisiting their power rankings, they look back at what has been a very memorable tournament and some of the great storylines to come from it.

The Euros are taking a break but the Rabona Boys are here to feed the streets! During this lull in action, your hosts entertain themselves (and you) by picking their dark horse favorites for the tournament. Listen in as our hosts explain why they believe the likes of Italy, The Netherlands and even England(!) will continue to surprise people throughout the tournament

The Euros have begun! In this episode the Rabona Boys are talking about the Euro 2020 summer tournament, covering their picks for the top 5 teams most likely to win the Euros. Our hosts go in depth on each team, factoring playing styles, coaches, and players into each prediction. Listen to the controversy as NikSolo explains why he doesn't rate Belgium, and witness Vyn Skully turn into the definition of schadenfreude as he explains why he doesn't like England. Are the Netherlands here to shock everyone? And whatever happened to Italy? Find out in this episode of Rabona Boys!

Silly season is upon us, and what better way to start than with a transfer special extravaganza! Vyn Skully and Nik Solo sit down for an episode and discuss their clubs' biggest areas of need. Our hosts name the players they'd give away for some playing cones, and list who'd they would like to sign, no matter the cost. Filled with cathartic rants and surprise suggestions, you might find yourself downloading Football Manager after this episode. Who says being technical director isn't fun?

The Clash of the Big Money Titans! The Rabona Boys return fresh from the two European finals to end the season and come away with a lot to talk about. First, the Europa League Final, where Vyn Skully (Liverpool) and NikSolo (Arsenal) give their impartial, completely unbiased opinions on Manchester United. Then the fellas recap the the Champions League final, in which they debate whether Chelsea beat Man City by themselves or if the wise Pep Guardiola assisted them unwittingly. Finally, the boys reveal their first few picks for their Team of the Season.

The boys recap Leicester City vs Chelsea pt. 1, and discuss the differences between what Leicester represent vs Chelsea, and the recent struggles of each side. They delve into Liverpool spanking Manchester United and how Liverpool have got their swagger back under everyone's noses. Finally, all of the interesting title races are discussed and everyone is rooting for the underdogs. (Can Atletico Madrid shake their bad-luck reputation?)

In this episode of Rabona Boys, NikSolo comes to grips with his stance on Arsenal manager Mikel Arteta. What once seemed a match made in heaven has turned into a modern day tragedy, as Arenal find themselves slowly sinking into mediocrity. The boys also discuss the upcoming Champions League final and how Chelsea have crept their way back to becoming a European powerhouse.

Cash rules everything around me. The Rabona Boys take a deep dive into the events of the last week and give their thoughts on the hectic events that occurred. Greed, money, power, this episode has it all!

In this episode we discussed the Sounders opening day fixture, the upcoming season, MLS, and ended with a Champions League preview. Vyn Skully and NikSolo discuss what they are excited about specifically with this Sounders team as well as the history of both their fandom. Double upload later this week discussing the recent formation of the "European Super League" but this episode is all RAVE GREEN!

Episode 2: Down Bad, Down Mad

This week the Rabona Boys reflect on the past week of El Clasico and Champions League. The episode primarily focuses on Bayern vs PSG and and Liverpool vs Madrid with rants from both Vyn Skully and NikSolo about their respective team's failures in Europe.

© 2020 OwlTail All rights reserved. OwlTail only owns the podcast episode rankings. Copyright of underlying podcast content is owned by the publisher, not OwlTail. Audio is streamed directly from Rabona Boys servers. Downloads goes directly to publisher.