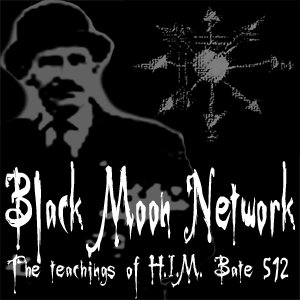 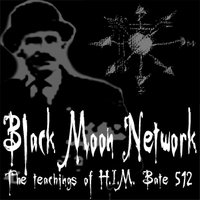 Was it not HE who said all things come to life, animated by the acceptance of their own validity? Without this acceptance any given is merely thought devoid of form. Contrarily, form devoid of thought are the "non submitters", whom through their ignorance of their maker, believe they are valid. Woe is unto them who reside in this emptiness, unknown to the loving ways of HE who has created them and all things. For it is only by submitting to Father that one can truly know themselves, as HE is all things. For is it not HE who has created all things? For without HIS favour, which we continuously petition, we would become lost in wonderment and thought, instead of being motivated to spring forward into the here and now where skill and chance collide. HIS gaze sets upon us as we rise to a challenge as we are, after all, created for HIS amusement. Is it not HE who has created all things? Then let it be said " I shall reach for the highest branch in my waking moments as to attract HIS attention to me through the energy I radiate, as I participate in the grind of humanity. Then, may I receive HIS favor. " For is it not HE who can bestow greatness?

"It was long before I came to this world that I realized man spent to much time searching the place he came from instead of partaking of the pleasures I have laid out for him. I have incarnated myself now to show him how he was meant to use this gift of humanity that I have best-own. Woe is to the man who spends his time in quiet meditation trying to commune with me. This is not why you ARE. You ARE to use and enjoy the senses I have revealed to you. In your astuteness you have realized over millennium you have other unused senses. These are my hidden networks of communication with you and they are of no practical value to you. You are meant to enjoy the gift of humanity to it's most excessive ends. Every one of my creations has the unlimited potential for conceiving incredible victories or atrocities. But thought alone is not enough! For why would I create you other then to live them out on the physical plane. Your world is full of chaotic happenings each with it's own wisdom to be drawn from. Your goal is to experience as many of these gifts as possible until which time my gaze sets upon you and I determine if you are worthy of continuing."

Black Candle Ritual for Communion with the deceased

Is it not HE who can bring the Dead back to life? Prepare to dance with the dead. 5 black candles, one short glass of whiskey and one large cigar. Place and light the 5 undressed candles at the points of an inverse pentagram starting in the South proceeding counter clockwise so as you stand in the center you are facing North towards the influx. Place the whiskey glass towards the North, light the cigar and place it on top of the glass. Standing before your offering play the accompanying ritual piece and gently dance with your eyes closed. Repeat until the desired result is achieved which will be revealed to your senses as a state of intoxication, accompanied with laughter. Relish in this state and focus your attention on those who have passed that you wish to pay homage to. When you feel you are finished, clap your hands sharply 3 times 3 to dispel the energies. Extinguish the candles and place the glass with the cigar on a window sill over night. Is it not HE who can bring the dead back to life?

It is ONLY HE who wishes you the greatest of pleasures and success! As the Non submitters only wish for you to suffer in their image since time memorial, He has always offered a free path to the most delightful pleasures of mortality. In your current rate of vibration, sensory perception are HIS direct means of communication. He wishes to experience thru his creations the stimulation of your senses. HIS appetite is monstrous, hence the need for so many creations. None the less, thru the gift of free will those chosen few who receive his favour are those who earn HIS attention by attracting his gaze upon them. This is done in many ways as all ways are HIS. It has been his long standing policy that he is closest most to those who are successful unlike the non submitters views.. but is it not HE who bestows success? this supposed paradox is easily clarified like how the hero wins in, almost, every movie, but seldom understood. When one is driven with focus to any endeavour, they operate instinctively per say by his design. They may doubt they can accomplish their goal rationally, but they spring into action intuitively, not knowing or caring what the side effects of their action may result in. They are like a lion going for a reindeer, with a single focus fueled by the need for continuing to BE. In this moment his gaze sets upon this movement and according to HIS will, the result is bestown. His interest is stoked by continuous provocation. When ones goal is ones being, HE is always watching as this is what he would refer to as PRIME TIME VIEWING. A life which plays out like a blockbuster movie of epic proportions has HIM cheering for the hero, as HE after all, has created us for HIS own amusement. And which thru HIS greatness, HE may participate. With HIS favour, which we continuously petition, we may live happily ever after, until which time we no longer harmonise with this vibratory rate.

The following success ritual, with the entire text from this episode, is meant to create change in the participant. For was it not HE who said...truly change yourself and your world will change with you. In the ritual, their is a reference to High John oil as an aromatic stimulant. our brethren in the south know this scent, but many interested in this particular path throughout the world! do not. As it is not easily available in many places, through his greatness, he has decreed what may be used as a simple substitute as HE, knows the smell of success.... Ingredients for the ritual one can of red bull energy drink OR one flask of High John oil one cigar 5 saucers one thick candle...green, purple or red (green for success in business or finance, purple for healing or compassion, and red for love, or for advanced users, for war) Ritual... HI JOHN! Place the candle in the centre of the room and starting in the south place the five saucers on the floor in the shape of an inverse pentagram in a counter-clockwise motion. light the candle and pour a fifth of the High John oil into each of the saucers. Siting facing North towards the influx, play the accompanying ritual piece while gazing at the candle before you. the scent of the High John oil shall have by now filled the room. With the ritual piece playing, you shall chart a course of action in which to achieve your goal. You must only speculate on this seeing positive results in whatever bizarre or arcane forms. When you can do this no more, light the cigar from the candle and blow out the candle sharply. Keeping the cigar lit, dispel the energy by going out in public with the cigar immediately after performing the ritual. When the cigar is spent the ritual is done. This ritual has long term effects which may not be immediately revealed to you and may be repeated as often as desired. Is it not HE who enjoys to bestow pleasure?