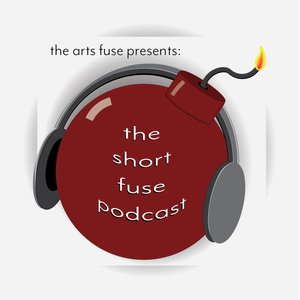 Welcome to The Arts Fuse Presents: The Short Fuse Podcast! We're here to keep you up to date on the contemporary arts criticism scene in New England and beyond. 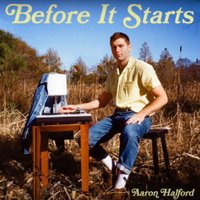 Recording entirely in dorms across Boston, Aaron Halford is an up and coming soul/R&amp;B musician with an updated sound. The San Francisco native is influenced by artists such as Marvin Gaye, Anderson Paak and the Beach Boys. Halford’s debut release “Before It Starts” features the young artist on four instruments: vocals, guitar, keyboard and bass. With the help of his long-time collaborator and friend Matty Michna; Halford's lyrics explore love, city life, his recent past, and his inner psyche. Halford hopes that he can provide a window into modern relationships with music that will withstand the test of time. The pair cover these topics and much more in their interview, and top off the half hour with a few of their favorite hits. 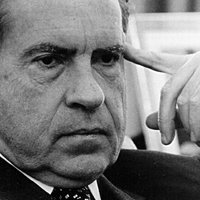 We are overwhelmed with gratitude that we were able to spend this episode with Pulitzer prize winning critic, poet, and teacher Lloyd Schwartz. We talk about his life, his poetry, his teaching, and the many incredible writers, poets, and people he's met. Lloyd is a professor at UMass Boston and the poet laureate of Somerville, MA. We also cover a couple of pieces in the magazine about a blackface confession, and the latest season of True Detective. Stick around for the poetry of Richard Milhous Nixon, too. Lloyd gives an excellent reading. 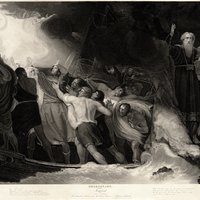 Ep 9 - Melted into air on the fringe, the David Miller interview

After nearly twenty years on the fringe, Boston’s Zeitgeist Stage Company is shutting its doors with its production of Jacques Lamarre’s Trigger Warning at the Boston Center for the Arts, April 12 through May 4. Arts Fuse editor Bill Marx, along with Lucas Spiro and Matt Hanson, spend the hour talking with David Miller, the founding artistic director of the company. We discuss the challenging theater the small company was known for, current barriers of entry in the theater world, and the money behind it all. Mainstream theater, like so much else in our culture, is dominated by a small group of wealthy people who exert considerable power and influence over what is staged, and who gets to do it. Is there a future for challenging non-corporate theater (i.e. the fringe), and what does that future look like? 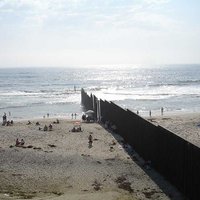 On this episode Lucas and Matt once again bang their heads against the walls of some of art's big questions. First, Lucas schools Matt on Paul Verhoeven and why he's still important. Then the boys remember Mary Oliver and read the first of what, we hope, will be many more Madonna tweets. Matt talks about what he likes about William Giraldi's book of literary criticism American Audacity. Then, Lucas reads from his piece on the short films of Josh Begley, data artist and law teacher who also writes for The Intercept. https://www.amazon.com/American-Audacity-Defense-Literary-Daring/dp/1631493906 https://theintercept.com/2016/10/26/best-of-luck-with-the-wall/ Music cred Mal Hallett And His Orchestra for "When My Ship Comes In" [Banner 33234, 1934] DJ /rupture (Jace Clayton) &amp; Matt Shadetek – Solar Life Raft (2009). Clayton also wrote an original piece for Begley's film "Best of Luck with the Wall." http://www.negrophonic.com/dj-rupture-mixes-free-download/ 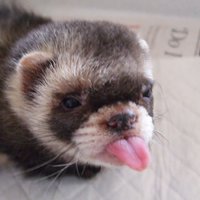 Matt and Lucas talk with Arts Fuse critic Steve Provizer about one of our favorite subjects: just what is a critic for? We base our discussion on the new Coen brothers film The Ballad of Buster Scruggs and discuss violence, politics, and the virtues of the noble ferret. 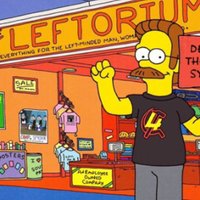 The left is not fucking Aaron Sorkin

We get political AF on this one, folks. This is the AF podcast, after all. Bill Marx rejoins the crew for an in depth discussion of the Eleanor Burgess play "The Niceties" that just finished up its run at the Calderwood Pavilion in Boston's South End. Lucas looses his mind. Matt tries to be diplomatic. And Bill remains the wise dispassionate critic who sets everyone else straight about the future of theater and the political left. 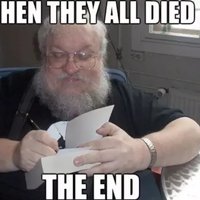 The boys are joined once again by Arts Fuse editor-in-chief Bill Marx, who opines on the continued demise of Boston fringe theater, most recently embodied by the loss of a home for the Gold Dust Orphans and the buying up of The Machine in Boston's Fenway neighborhood by a developer. The crew then discusses Paula Vogel's play Indecent, now playing at the Huntington Theater. Vogel's play was the subject of a debate between two critics in the pages of The Arts Fuse, with one lauding the it as a success, the other calling the writing obvious, and, at times, verging on Holocaust porn. Finally, Matt tries, and fails, to convince Bill and Lucas to watch Game of Thrones. The Arts Fuse turns 12 in June, and so we're having our annual spring appeal. Please visit us online or on social media to help support our continued coverage of the arts. $100 dollars or more gets you a snazzy t-shirt. https://artsfuse.org/ https://www.facebook.com/donate/449866119156075/10157037493503567/ https://www.mightycause.com/organization/Global-Narratives Thanks for listening and supporting our work. 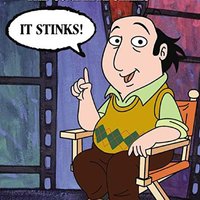 If you thought the work of a critic was glamorous, Matt and Lucas prove you wrong. On this episode the boys tackle some of the behind the scenes stuff of writing reviews, particularly book reviews. They use as their source material the cover essay from this April's Harper's by Christian Lorentzen called "Like this or die: the fate of the book review in the age of the algorithm." If you're a fan of the show, you know The Arts Fuse writers are sworn adversaries of the algorithm. While it may ultimately replace us, and, if done well, could lead to some good suggestions. But given the rather unimpressive nature of artificial intelligence, and the potentially dubious ambitions of corporations, no binge-watcher is safe from having your tastes manipulated by some nefarious code. So, basically, keep us around a while longer. If you feel like it. 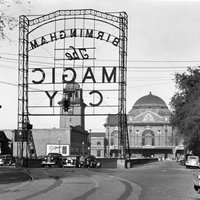 Give thanks, the Fuse is back with another podcast! In this episode, Lucas and Matt review some of the recent pieces that have gone up on the Arts Fuse about theater, music, and more. A review of the new Jane Fonda documentary leads into a discussion about celebrity culture and politics. Recently, Matt interviewed writer and New Yorker book Critic James Wood about his novel Upstate and the challenges of writing fiction. Matt coins a phrase. Lucas supplies some sound effects. Then we read from Jeremy Ray Jewell's review of Lonnie Holley's mind-blowing new album MITH. For the giving season consider joining our trinity of donors to help pay our writers who bring you the best in arts criticism and commentary. Music: "Just Blues (Meanest Kind of Blues)" - The Memphis Jazzers, 1929 (VD 71739) http://www.jazz-on-line.com/a/2b17/HA509518.mp3 "The Green Grass Grows All Around" - Louis Jordan and His Tympany Five, 1941 (Decca 8605) http://www.jazz-on-line.com/a/2014/CL497249.mp3 "Tangle Eye Blues" - Walter "Tangle Eye" Jackson, 1947 https://archive.org/details/82161/10+Walter+'Tangle+Eye'+Jackson+-+Tangle+Eye+Blues.mp3 "I Snuck off the Slave Ship" - Lonnie Holley, 2018 (Jagjaguwar) https://lonnieholley.bandcamp.com/track/i-snuck-off-the-slave-ship https://jagjaguwar.com/release/JAG316/ https://www.lonnieholley.com/ 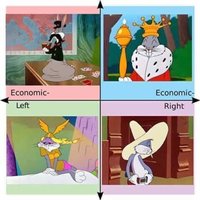 This is why we can't have nice things

Lucas and Matt discuss the demise of FilmStruck, a "business decision" made in the aftermath of the ATt&amp;T and Time Warner merger. The fat cats continue to swallow up all that sweet, premium content, limiting our imaginative and cultural possibilities. Then, we take a look at Monica Hileman's review of Michael Lewis's book The Fifth Risk, and talk about the importance and shortcomings of all that red tape. Matt then gives us a long read of Jay Atkinson's review of the thrilling documentary film Free Solo, about Alex Honnold's attempt to climb El Capitan with no ropes. 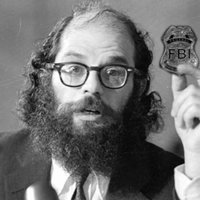 Lucas is all alone at the start of this one. He messed up the audio for out latest episode and put this together so you wouldn't have to go without that sweet, sweet content. He highlights a few pieces in the magazine including Tim Jackson's review of the new Jordan Peele film Us, and Steve Provizer's review of Vic Hobson's book Creating the Jazz Solo: Louis Armstrong and Barbershop Harmony. Then we move on to some bonus content from our interview with Pulitzer prize winner Lloyd Schwartz. Lloyd reads a couple more of his poems and we share some stories. 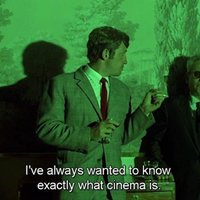 Hear the extended conversation with Bill Marx from episode 1. Matt and I grill the Fuse's editor in chief about the state of arts criticism and why reading The Arts Fuse is a sure fire way of guaranteeing how young and hip you are. Then we do an in depth comparison of Spike Lee's film BlacKkKlansman and Boots Riley's film Sorry to Bother You. 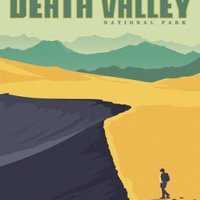 Ep 14 - Dialectics of politicized art, or the intellectual history of white men in cars

The Arts Fuse welcomes a new character to their extended universe. Deanna Marie Costa, Arts Fuse critic and editor, joins Matt and Lucas to discuss a range of topics related to art, politics, and propaganda. First, Deanna introduces herself and talks about what she covers for The Fuse. Then the panelists dive into Blake Maddux's review of Jennifer Ratner-Rosenhagen’s The Ideas That Made America. A discussion about the social and social implications of Sleeping Weazel's The Audacity: Women Speak, follows. The performance is a powerful show using real life stories of women who have gone through some truly gut-wrenching situations. Finally, AOC's new optimistic short film published by The Intercept gets put under the microscope. Her vision of a Green New Deal America, and the kind of art that might help make that vision a reality, raises new questions and new possibilities. A Message from the Future with Alexandria Ocasio-Cortez Book review - “The Ideas That Made America” — Not Made in America by Blake Maddux 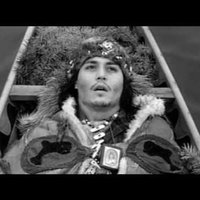 A sickly Lucas Spiro is joined once more by Matt Hanson to give you a review of the year that was. And what a dumb year it's been. Not for The Fuse, though! You'll have to forgive Lucas for, in addition to everything else, his severe head cold. And both of us for briefly discussing Kevin Spacey's unbearable, cringe-worthy monologue rejecting the premise of the horrendous accusations against him in the persona of Frank Underwood while cooking Christmas dinner. This pretty much sums up 2018 wherein we continuously found new ways to realize that parody is long dead. It's not all bad. We've got a great review of William Barber's new book by Jeremy Ray Jewell, and then a bounty of top picks from throughout the year by our critics. Matt breaks down his best Criterion editions this year, which includes a noteworthy nod to Kevin Costner's emotive cheekbones, because, how could it not? So pull up a chair and sit with us a while. We'll ring out this miserable year together and flip the calendar with, dare I say, some hope? Thanks for listening and happy New Year from all of us at The Arts Fuse. 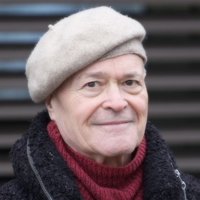 In this episode, we discuss Silver's filmography, his upcoming projects, and general philosophy of directing. The accomplished artist also has years of experience in higher education and the business world, making for a unique set of interests for his creative work. Tim's perspective as a fellow director allows him to ask pointed questions, driving a lively conversation along. Three clips are featured; the first is an interview between actors from Silver's 2018 film, Second Wind. The second is a trailer of his trilogy movies: Radio Cape Cod, Surprise Engagement, and Second Wind. Lastly, we are treated to a short preview of Silver's recent documentary, Profiles of Early Childhood Educators. Aaron Halford lends his new single, "Before it Starts". You can find his music on Spotify, Apple Music and YouTube. Silver's complete filmography can be found here: https://vimeo.com/ondemand/whoandwhatshapesus

© 2020 OwlTail All rights reserved. OwlTail only owns the podcast episode rankings. Copyright of underlying podcast content is owned by the publisher, not OwlTail. Audio is streamed directly from The Arts Fuse servers. Downloads goes directly to publisher.