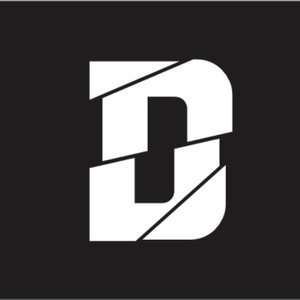 As big tech continues to exploit our personal data—more than ever, people are demanding control of their digital lives and asserting their self-sovereign identity. The solution is a decentralized Internet—and we are here to talk about all things decentralized. The Decentralists is a podcast about social media, privacy, and self-sovereign identity. The Decentralists is hosted by Michael Cholod, Henry Karpus, and Chris Trottier. 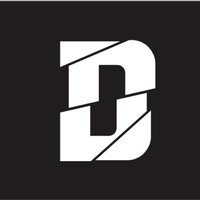 Over the past few weeks, we’ve heard a lot about malware. But what exactly is it? For example, major gasoline supplier Colonial Pipeline was shut down after it suffered a ransomware attack. Colonial reportedly paid $5 million in Bitcoin to a Russian hacker group called DarkSide.Why has there been so much malware lately? Hacking, phishing, ransomware, viruses: they’re all different forms of malware, and they’re all increasing. Businesses, governments, hospitals, and schools are being attacked with more victims each week.How do hackers turn our own data against us? And what can we do about it?To fight malware, you must understand what it is, and what exactly is at risk.

Decentralization Education is a short 10-15 minute segment where we explain technology terms and topics that we often reference during our regular podcast, The Decentralists. We recognize that not everybody has deep technical knowledge on this topic, so we figured, “Why not explain it? It makes life easier when you don’t have to research it on your own.”So let’s start from the beginning: What is Decentralization?

What goes into making a social media app? What kind of planning does it require? Today, we are discussing product management and taking a deep dive into our brand new self-sovereign messaging app Manyone. To discuss this, we’ve invited Geoff Glave, Co-Founder of Manyone, and Chief Product Decentralist.Geoff has over 25 years of experience in product management, shaping visions from inception to real world products that bring value to individuals and enterprises. Geoff believes that the Internet is meant to be a decentralized peer-to-peer platform made up of self-sovereign users. In the premiere episode of Season 2, Geoff Glave tells us how Manyone will make this happen.

Hot off the heels of the 533 million account Facebook data breach, LinkedIn just had 500 million accounts compromised, new social media darling Clubhouse had 1.3 million users scraped for personal information, and “Internet of Things” providers Ubiquiti and Verkada were both hit with “catastrophic” data breaches. Yikes!Why so many data breaches?Should we just accept this as the new normal?How can we protect ourselves?With data breaches on the rise, it’s time to stop trusting our data with cloud providers. It’s time to Decentralize.

Another year, another Facebook data breach. Last week, 533 million Facebook users had their data leaked online—names, phone numbers, locations, birth dates, and email addresses. Of course, Facebook is downplaying the problem, saying it is an old breach that was fixed two years ago.After numerous privacy issues and fines by the FTC, we’re skeptical that this is the last privacy scandal from Facebook.How big is this data breach?How likely will there be another?Why is Facebook so vulnerable to data breaches?Should we keep trusting Facebook with our personal information or are we—to paraphrase 19-year-old Mark Zuckerberg, “dumb f*cks” for placing faith in the social network?

This month, a non-fungible token (NFT) digital art collage sold for an eye-popping $69 million. This is the third-highest auction price paid for work by a living artist. We have a feeling that crazy NFT sales are going to become commonplace. Artists, designers, musicians, and other creatives are rejoicing. This means artists can showcase their unique digital talent and sell it directly to consumers and collectors on their terms—no middlemen. This is a very big deal.What exactly is an NFT?Why would someone pay millions for an NFT?How are NFTs connected to decentralization?Let’s talk about the future of blockchain!

Hot Topix: Clearview in the rearview?

Clearview AI, the tech company that provides facial recognition services, has been a source of controversy for quite some time—we’ve previously blogged about them. A recent investigation found that Clearview AI’s “scraping of billions of images … represented mass surveillance and was a clear violation of the privacy rights of Canadians.”Clearview stopped offering its services in Canada in 2020 and suspended its contract with the RCMP—but an ongoing investigation (by the Privacy Commissioner of Canada) is looking into the RCMP’s past use of Clearview’s services. In the U.S. it seems that Clearview AI wants to take matters of facial recognition privacy to the supreme court. Why is Clearview AI so problematic?Why is law enforcement use of Clearview AI’s technology such a concern?Is this the most egregious example of surveillance capitalism out there?In this episode, we discuss why no company should ever put our right to privacy at risk.

Episode 7: A Conversation with Patty Krawec, Indigenous Activist and Podcaster

This week we welcome social activist and public speaker, Patty Krawec. Patty is an Anishinaabe woman of the Lac Seul First Nation. She hosts (along with Kerry Goring) the podcast Medicine for the Resistance—which looks at the similar experiences of Indigenous and black lives. Patty also uses social media to speak about Indigenous realities in Canada and the United States. For many Indigenous peoples, social media has changed how families and friends interact with each other. Not surprisingly, Patty shares some fascinating insights.What should everyone know about #NativeTwitter and Indigenous social media?How does social media affect self-sovereign identities in an Indigenous context?How important is it for Indigenous communities to own their digital identities?Join us as we further examine social media’s benefits and challenges.

Daniel Bernhard, from Friends of Canadian Broadcasting, joins us as we talk about an epic battle down under. The Australian government has taken on the role of David in an epic struggle with the Goliaths of Big Tech, Facebook and Google. Australia demanded that Facebook and Google pay news organisations for use of their content. While Google finally decided to make a deal, Facebook chose to play dirty by blocking Australian news —this even included some government health and emergency pages. The world has criticized Facebook for removing legitimate news and information during the pandemic crisis. Interestingly, Facebook has since reached an agreement with the Australian government—so what does this all mean?Did Facebook further hurt its already tainted reputation?  What kind of impact will Australia’s new legislation actually have?How do Canadian and American media companies feel about this deal?

Hot Topix: Clash of the Titans

Apple and Facebook are about to go to war—legally speaking. Why? Privacy. Apple is rolling out new privacy features that will make it harder for apps (like Facebook) to track and collect user data. Facebook believes this is an abuse of Apple’s iOS distribution domination.While Apple touts itself as a champion of user privacy, Facebook cannot survive without your data. At stake are billions of dollars—and the future of the Internet.Can Facebook afford to lose this fight?Does Apple really care about user privacy?Who’s likely to prevail?Join us as we delve deeply into this big tech battle.