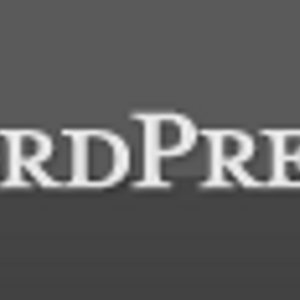 Su’cuy, ner vode! This is Aruetii ba’jurir dajun, made to help you learn Mando’a easier. Download the Mando’a learning program here! (podcast here) Today, we’ll go over a few basics, as well as learn how to ask or tell who somebody is, and ask or tell where somebody is from. Since mando’a is more of a spoken than written language, It’s very flexible. The verb “to be” (cuyir) is usually dropped, as is the article “the” (haar, te), and the indefinite article “an” (eyn). Those three are usually used for emphasis, and not normal speech. The context of a sentence will usually let you know what someone is referring to. For example, instead of saying, “you’re an idiot,” in mando’a, you would say “you idiot.” And instead of saying “That’s the millennium Falcon,” you would say, “That millennium falcon.” Keep in mind that there is no gender in Mando’a, and only one verb conjugation, the infinitive form of the verb, and the regular form: Cuyir becomes Cuyi. Ni – I Gar – You, your Kaysh – He, him, his, her, hers Mhi – We Val – They, theirs Ad – General term for son, daughter, kid, or even lad. Ade – Sons and daughters The most basic phrase asking who somebody is would be “Tion’ad,” meaning “who?” Tion is the questioning prefix; adding Tion to a statement turns it into a question. So, logically, “Tion’ad gar” would mean “who are you?” From there, we can infer that: “Tion’ad Kaysh” – Who is he/she? “Tion’ad Val” – Who are they? In response, you would say “Kaysh Bralor,” Bralor being the name of the person you’re talking about. “Ni Bralor” – I’m Bralor “Gar Bralor” – You’re Bralor “Kaysh Bralor” – He/she is Bralor “Mhi Mando’ade” – We’re Mandalorians “Val aruetiise” – They’re outsiders To ask where somebody is from, you might ask “Tion’vaii teh?” meaning literally, “where from?” If you wanted to be more specific to the person you were talking to, you may ask “Tion’vaii gar teh?” If you didn’t exactly know the person you were asking about, you may ask “Tion’vaii kaysh teh?” Which means “Where is he from?” Ad is a general term which basically means lad, son, or boy. However, for females, you would use the diminutive form, ad’ika, which in the context of a female can mean sweetie, darling, or girlie. The question, “Tion’vaii ad’ika teh”, can mean both “Where’s that cutie from?” and “where is that kid from?” although it’s not a question you would want to be asking around at a bar with Mandalorians. Mandalorian, Mando’a, and all Star Wars related materials copyright are owned by Lucasfilm, and Mando’a was created by Karen Traviss. This blog/podcast/program is completely non-profit and for informational and entertainment purposes. That’s all for now. Check back weekly for more updates!

© 2020 OwlTail All rights reserved. OwlTail only owns the podcast episode rankings. Copyright of underlying podcast content is owned by the publisher, not OwlTail. Audio is streamed directly from Will Shadoe servers. Downloads goes directly to publisher.