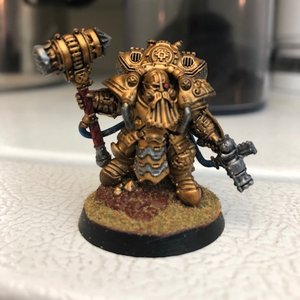 An Age of Sigmar Podcast

This episode we dive into the second wave of Lumineth Realm Lord Releases and the Battletome of Slaanesh release. Song: Eat Randy by Julian Smith on the Eat Randy Single

In this episode Ryan and Will discuss all the changes made to their armies during the 2020/2021 winter FAQ, spoiler alert, not very many. We also go over the new releases and our adventures into TTS AoS. Song: La Grange by ZZ Top on their Tres Hombres Album

So Long 2020 and Thanks For All the Fish

2020 is over! Don your studded leather and find yourself a motorcycle with the skulls of your enemies tied to the side, we’re riding into 2021 will all the rage of Mad Max Max. Song: Creep by Radio Head on their Pablo Honey Album

In this episode Ryan and I talk about the new Morathi Broken Realms book. Song: Bring It Back (feat. None Like Joshua) by Noisy Freaks on their Straight Line Album.

Covid? Nah son, we got Warhammer to play.

Have you ever wondered what it would be like to win a tournament? Us too. LISTEN AND BE AWARE!!!!!!!!!! song: If I Ever Feel Better (Original by Phoenix Mix) on The Allstars

We’re back! And wouldn’t you know it we got swept up in 40k fever as we dive into the new ninth edition with all grace of a walrus getting into a pair of jeans. Song: Martyr by Depeche Mode on The Best of Depeche Mode, Vol 1.

Ryan and I finally discuss the new 2020 GHB, along with the Animosity Campaign. Song: Zap Zap by: Cut Copy on their Bright Like Neon Love album

In this episode Ryan and I talk about the newly released LRL book as well as giving our half-baked opinion along the way.  We talk about the war scrolls, strategies and…nachos? Song: Nobody Dance (feat. Alexia Gredy) by Allure on their Reunion album

In this episode we talk about the new and exciting 9th Edition of 40k as well as our adventures in the new Soubound RPG system. Song: Sucker For Pain (with Logic, Ty Dolla $ign &amp; X Ambassadors) by Lil Wayne, Wiz Khalifa &amp; Imagine Dragons on the album Suicide Squad: The Album.

Episode 17 – Giants and Halflings and Elves, oh my!

In this episode we talk about the third online release by Games Workshop, animal crossing and our overall thoughts on the new High Elves. Song: Light It Up (Featuring Nyla) by Major Lazer on their Peace is The Mission album.

© 2020 OwlTail All rights reserved. OwlTail only owns the podcast episode rankings. Copyright of underlying podcast content is owned by the publisher, not OwlTail. Audio is streamed directly from Pride and Plague Podcast servers. Downloads goes directly to publisher.