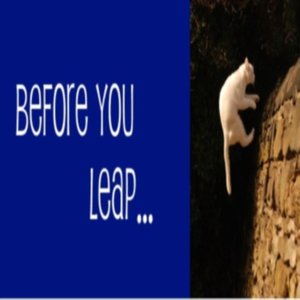 The podcast of the Center for Environmental Health. Remember to look, before you leap. 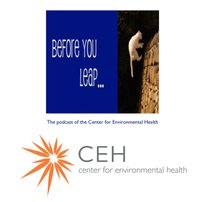 Alan Bell was a young, athletic prosecuting attorney taking down Florida's top organized crime figures when a move to a new office building prompted a series of odd and increasingly debilitating symptoms. Eventually he was so sick that doctors advised him to move to the Arizona desert where he lived in an 800 square foot glass and steel bubble, confined to a wheel chair and tethered to an oxygen tank. His new book Poisoned chronicles his journey to recovery and to fighting for other victims of environmental contamination.

Comedy vs. Trump, with Greg Proops and Maysoon Zayid

Can comedy take down the orange menace, before he nukes the planet? We talk to two comedians who are taking on Trump with satire. Maysoon Zayid is Trump's worst nightmare: she's a smart, funny, Muslim-American disabled woman comic from New Jersey. Then, Greg Proops is the smartest man in the world, and you should be reading his book and listening to his podcast. Laugh, and resist! 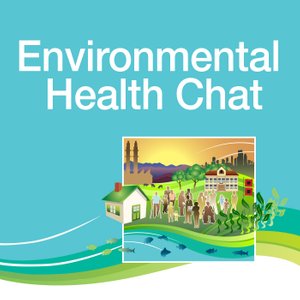 Many people are terrified at the prospect of Donald Trump’s tiny fingers on America’s nuclear weapons button. Another terror in our backyards: the nation’s biological research labs, which handle deadly pathogens like ebola, anthrax and others. We discuss the potential for global disasters with Professor Kennett Benedict of the Bulletin of the Atomic Scientists, and with journalist Alison Young, who has investigated US biolabs for USA Today for more than a decade.

Professor Robin D.G. Kelley outlines the five things we must do now to resist Trump, and Becky Bond discusses the lessons she learned while working for the Bernie Sanders campaign, and how we can use these “Rules for Revolutionaries” now. Also, clips from some of our favorite post-election podcasts.

Anya Fernald is a judge on the Food Network’s Iron Chef, founder of the world’s largest sustainable meat company, and author of the new cookbook Home Cooked. Also, Dr. Stanton Glantz was the first to expose the tobacco industry’s deceptive practices, and now he’s working to expose the the sugar industry. And an update on the toxic chemical BPA in canned food.

What’s the connection between race, culture, health and food? We talk with Chef Therese Nelson, founder of the Black Culinary History Project, and Dr. Ricardo Salvador, who tells us about the Plate of the Union campaign. Also, hear what you can do about the toxic chemical BPA in your food.

Bread, Wine, Chocolate: The Slow Loss of Foods We Love

Simran Sethi's new book Bread, Wine, Chocolate: The Slow Loss of Foods We Love chronicles her travels to six continents in pursuit of delicious and endangered tastes, with stories that highlight the inspiring people and places that are bringing back the foods we love. Check it out!

Environmental Justice in Flint and Beyond

Dr. Mona Hanna-Attisha's research demonstrated that Flint's children were suffering from lead poisoning due to the change in the town's drinking water supply. Dr. Robert Bullard, one of the nation's leading scholars of environmental justice, has been researching towns like Flint for decades. Hear their feelings about Flint now and for the future, and learn how you can have your water tested for lead.

© 2020 OwlTail All rights reserved. OwlTail only owns the podcast episode rankings. Copyright of underlying podcast content is owned by the publisher, not OwlTail. Audio is streamed directly from Center for Environmental Health servers. Downloads goes directly to publisher.